From wars, heroes were born and showed their outstanding characteristics and talents. General Tran Hung Dao (1228 – 1300) was chosen by destiny to become the immortal legendary in the mind of the Vietnamese. You may know him through the list of the 10 greatest generals in the world or the victories against Mongol invaders in Vietnamese history in which he played a role as the leader. You may visit the temples worshipping Tran Hung Dao in Vietnam and hear the name “Duc Thanh Tran” (God Tran) people call him respectfully. But have you been ever told about his story of life? The story will explain why General Tran Hung Dao is honored by generations of the Vietnamese. 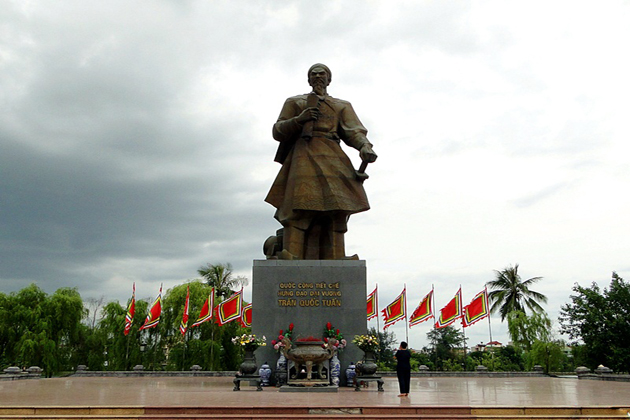 The First War against Mongol Invaders (1258)

The Mongol tribes lived in the North of China, Central Asia, and the South of Siberia. These warlike nomads, united under Genghis Khan in the early 13th century, conquered the world and set up an empire stretching from Asia to Europe (China, Afghanistan, Russia, Ukraine, Poland, Hungary, Iraq, Iran, Syria, and India). Nothing could stop the onrush of their powerful and intrepid cavalry. Yet they foiled in Japan in 1281 because their fleet was destroyed by a typhoon. But only Vietnamese people could defeat them three times and strongly kept independence for the country. 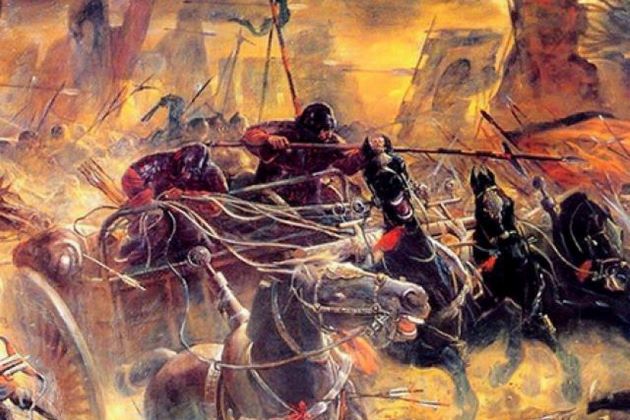 In 1251, Kubilai, a descendant of Genghis Khan demanded the Vietnamese to let his troops pass through their country in order to penetrate China from the south but was given the refusal from Tran Dynasty (1226 – 1400). For the punishment, a Mongol army was sent to Viet country and invaded most of Dai Viet (old name of Vietnam). With the excellent lead of General Tran Thu Do and the strong will of the Vietnamese, Mongol invaders were completely defeated. At that time, General Tran Hung Dao led an army to protect the Northern border from the Mongol army.

The Second War against Mongol Invaders (1285)

In 1279, the Mongols finished conquering all of China and prepared for revenge for the failure in 1258. Having predicted the enemy’s scheme, General Tran Hung Dao – the highest leader of the Vietnamese military prepared the plans and trained the soldiers for the incoming war.

In 1285, two subsequent Mongol invasions of 500.000 men were sent to Vietnam. They decided to occupy first Champa (a country to the South of Dai Viet) and then from the South, they will combine with an army from the North to attack Dai Viet. King Tran Nhan Tong expressed the wish to surrender in order to spare his people terrible miseries, Tran Hung Dao told him: “If such is your will, then cut my head first”. He succeeded in galvanizing the people into stiff resistance and driving out the invaders after six months.

The Third War against Mongol Invaders (1288)

Thirsting for revenge, Toghan staged a comeback two years later with a 300,000-strong army and a fleet of 500 vessels. Again, he managed to occupy large tracts of the territory but the population created a vacuum wherever his troops went. The Mongols took control of Dai Viet’s capital. But ultimately they were beaten by General Tran Hung Dao who in particular won a resounding victory on Bach Dang River. 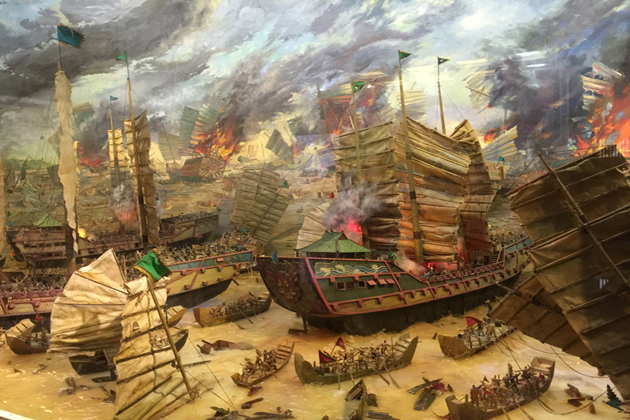 Tran Lieu, the father of Tran Hung Dao and the prince of the Tran Dynasty, had a serious feud with King Tran Thai Tong and General Tran Thu Do. Therefore, he always hoped that his son could one day take the throne and became the king. However, Tran Hung Dao never did that even when he controlled all Dai Viet’s armies. All his life, Tran Hung Dao always showed his loyalty to Tran Kings and received complete beliefs from them and the Vietnamese people. 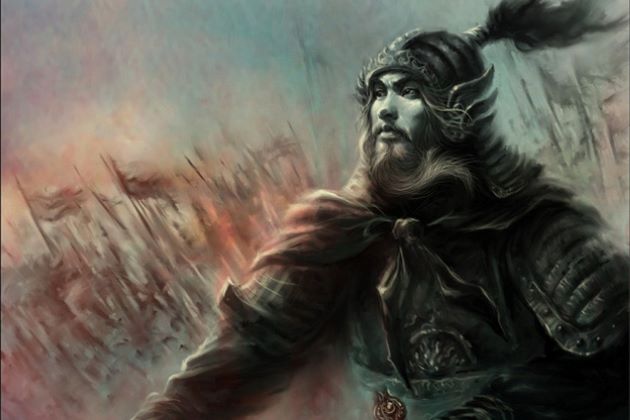 General Tran Hung Dao loved and shared the misery with the people. In wars, he tried to bring back independence and freedom for them. In peace, he always reminded the kings to reduce the taxes and brought happiness and wealth to them. The thought “Citizens are the root of the country” had been always in his mind.

Seven centuries have passed, Tran Hung Dao still lives in the memory of the people, who have deified him. He has become the object of a cult in public shrines and private homes. Popular beliefs made him into a demigod with miraculous powers as his great victories to protect Viet country. In many houses and temples, altars are set up for the cult of Tran Hung Dao who is believed to the terror of evil spirits and the demons of the epidemics. 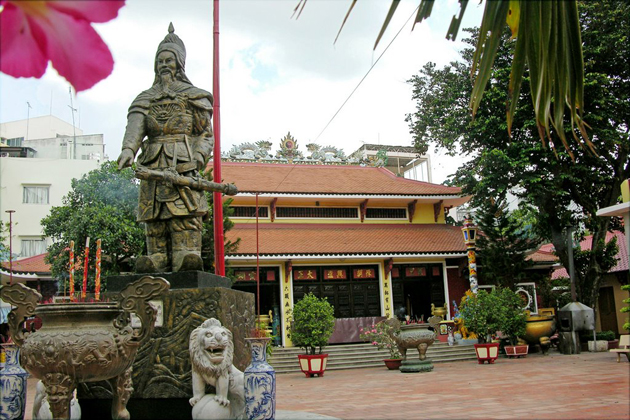 As a god with great powers, he is also a member of the popular Taoist pantheon to whom a special cult is sometimes devoted. The Priests officiating in this cult are the male mediums who would be asked by members of the family of a man who has fallen ill to cure him by exorcising him before the altar. The medium would go into a trance, pierce his cheeks with a pointed metal stick, and make cuts in his tongue. The blood trickling from his wounds would be collected and smeared on amulets to be worn by the sick man or incinerated and swallowed by him. The sick man himself would go into a sleeplike condition and start beating himself with a rod; slap his face or give himself blows with a mallet – all this hopefully to drive evil spirits from his body. The capital of this spiritualistic practice is Kiep Bac, which was a resistance base of the General against the Mongols. Each year, on the 20th day of the 8th moon, priests and pilgrims would go in large numbers to the shrine to hold a ceremony. 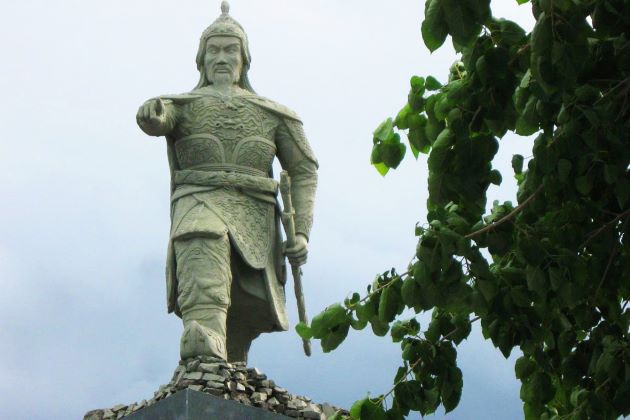 So great are the supernatural powers of Tran Hung Dao in the minds of the populace that his cult often replaces that dedicated to the Chinese demigod Kuan Yu (Quan Vu or Quan Cong, a symbol of loyalty and uprightness). Such is the case at the Ngoc Son temple, a shrine on an islet in the Lake of the Restored Sword in Hanoi.