Many foreign visitors on Vietnam vacation packages, as well as many Vietnamese, have been thrown for a loss by the Vietnam meaning. Because the geopolitical connotations of the word allow a better understanding of the history of the country, the answer is of interest to more than etymologists.

Viet is the name of an ethnic group that today makes up the Vietnamese people. This ethnic group belongs to a group born of a cross between the Mongoloids who came down from the North and the original Austronegroid inhabitants. 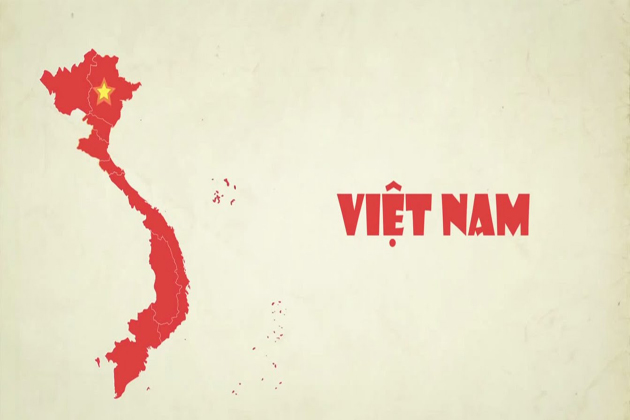 Nam means the South. In Vietnamese, South (Nam) often evokes what pertains to Vietnam, while North (Bac) evokes China. Thus, Thuoc Nam means ‘southern (i.e., Vietnamese) medicine’, while Thuoc Bac refers to northern (Chinese) medicine. Nuoc Nam, Southern Country, is a synonym for Vietnam. Viet Nam then refers to the country of the Southern Viet people. We can draw a parallel to the name Yugoslavia (Yugo = south and Slavia = country of the Slavs): country of the Southern Slavs. In Vietnamese, Vietnam is written in two words, Viet and Nam. But in English, they are combined together: Vietnam. Both names are right and widely accepted.

The Meaning of Vietnam Names throughout the History

The Ancient Time (Before Christmas)

When Hung Kings united Viet tribes in the North of Vietnam, they created the independent country name Van Lang (2524 B.C – 258 B.C). In 258 B.C, the Chinese invaded Van Lang. Hung King XVIII failed to lead Viet people fighting against the invaders. Then An Duong Vuong took the control of the country from Hung King XVIII; became the leader of the Viet and gained independence for Van Lang. In 257 B.C, King An Duong Vuong renamed the country Au Lac. After the death of King An Duong Vuong, Au Lac had been the colony of China for nearly a thousand years.

After a thousand years of being the slave of China, Ngo Quyen (897-944) won the legendary fight on Bach Dang River against Han invaders in 938. Then he got the throne and set “Dai Viet” (the huge Viet country) as the name of the country. However, the death of King Ngo Quyen in 944 created a turbulent period in Vietnamese history. In 968, Dinh Bo Linh (924-979) united the Dai Viet and became the first emperor of Dai Viet. He added “Co” (Co also means huge) into Dai Viet to be Dai Co Viet. This name was also used in the period of King Le Dai Hanh (941-1005).

In 1009, King Ly Thai To (974-1028) took the reign of Dai Co Viet. He said that Dai Co Viet had a similar meaning to Dai Viet but was too long. Therefore, he renamed the country Dai Viet again. This name became the official name of Viet country till the 19th century.

The Appearance of the Name – Vietnam

Throughout history with many ups and downs, the name of Viet country has changes dozens of times. But there is only one thing that never changes – the freedom and independence of Viet people.

2 thoughts on “What is The Meaning of Vietnam?”