Vietnamese is a native language derived from the civilization of agriculture, where today is the northern part of the Red River and the Ma River in Vietnam. According to the explanation of A. G. Haudricourt in 1954, the Viet-Muong language group in the early Christian era was a language or dialect without tone. Later, through the process of interaction with the Chinese language and especially with the linguistic Tai-Kadai language, which has a highly developed tone system, the tone system in Vietnamese appeared and formed as today, according to the rules of tone formation. 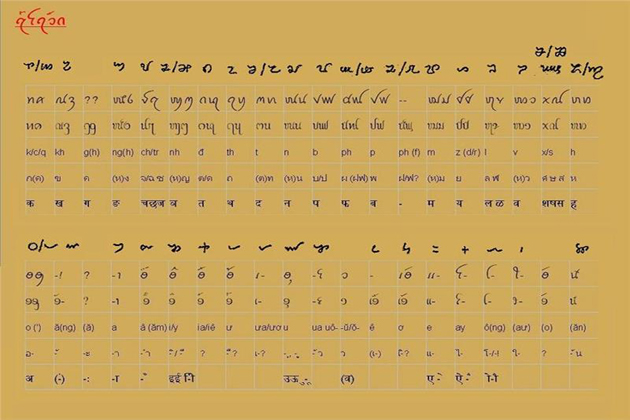 The phonology of 29 Letters in Vietnamese Alphabet

11 single vowels: a, ă, â, e, ê, i, o, ô, ơ, u, ư, y.
3 phonetic pairs with different writings: ia – yê – iê, ua – uô, ưa – ươ.
The remaining letters are called consonants. Most of them are 1 letter, in which 9 consonants are composed of 2 letters: ph, th, tr, gi, ch, nh, ng, kh, gh. There is a consonant with 3 letters: ngh.
The following pronunciation guide will help foreigners who want to learn Vietnamese to learn and capture information about the Vietnamese alphabet in the easiest way.

The Tones of Vietnamese Alphabet