The most popular and recognized national dress of Vietnam, the Ao dai is a symbol to show the national pride of Vietnamese people. Ao dai leaves a long-lasting impression and excitement on anyone coming and visiting Vietnam.

The Meaning of Ao Dai in English

In Vietnamese, “ao dai “ means “long dress.” For years, the dress has become a symbol of the beauty of Vietnamese women. The ao dai began to attract international attention during the American War in Vietnam. At that time, many Western writers, journalists, and tourists writing in French and English referred affectionately to the ao dai. 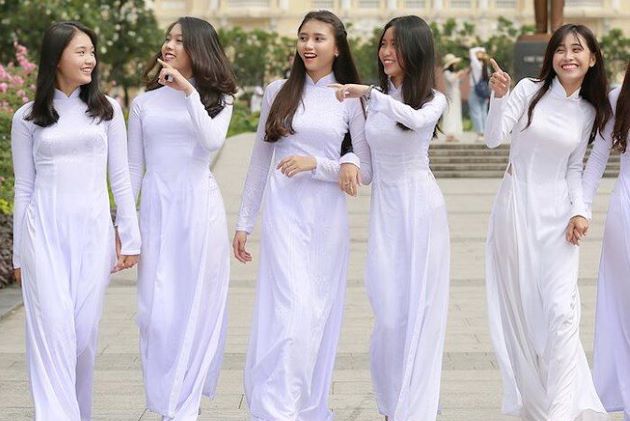 Ao Dai is Recognized by the World as a Term

Some Vietnamese terms such as: “nem” “pho” and “nuoc mam” along with “Viet Minh” “Viet Cong,” and “Ho Chi Minh Trail” have appeared in Western dictionaries. Now, “ao dai” has also earned an entry. Webster’s New World College Dictionary defines “ao dai” as “the Vietnamese traditional dress for female, consisting of a long, high-necked, close-fitting tunic split along the side to the waist and worn over loose-fitting trousers.” 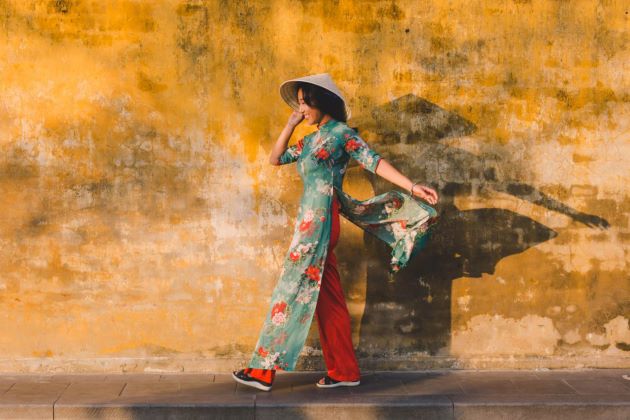 The Value of Ao Dai in Vietnamese Culture

More than 1000 years under Chinese invasion and domination together with nearly 100 years of French colonial and domination, the Ao Dai has still exposed both the bold cultures of humanity and the melting pot of Oriental (Vietnamese – Chinese) and the West (French). Ao Dai has overcome all challenges and innovations to become the national dress of Vietnamese people, a symbol of Vietnamese women as well as the pride of the Vietnamese. It could be said that ao dai is such the “national soul” of the S-shaped country. 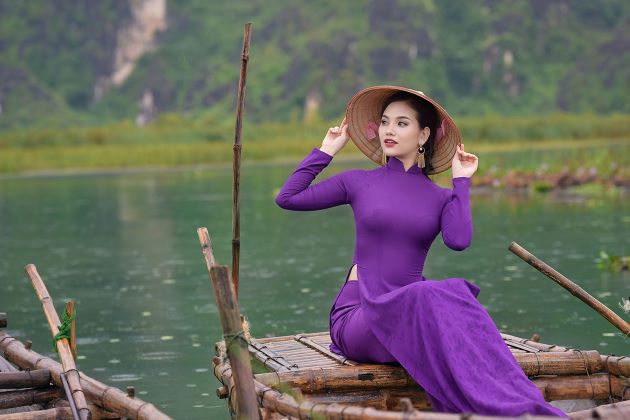 Reflecting on the elegance and grace of Vietnamese women, ao dai is an outfit that will always be beautiful and fashionable. No matter how many trends will be introduced into fashion mainstream in Vietnam, the Ao Dai surely remains a timeless classic for ages and times.