Resting solemnly on the bank of the winding Perfume (Huong) River is an ancient palace that has witnessed decades of major historical changes in Vietnam. Once the Imperial City and Capital Citadel of the nation under the reign of the Nguyen Dynasty, the ancient city of Hue is one of Vietnam’s oldest cities and has been well-preserved to this day. In 1993, UNESCO recognized The Complex of Hue Monuments as Vietnam’s first World Cultural Heritage, only six years before Hoi An Ancient Town and My Son Sanctuary were also inscribed on UNESCO’s list in 1999. 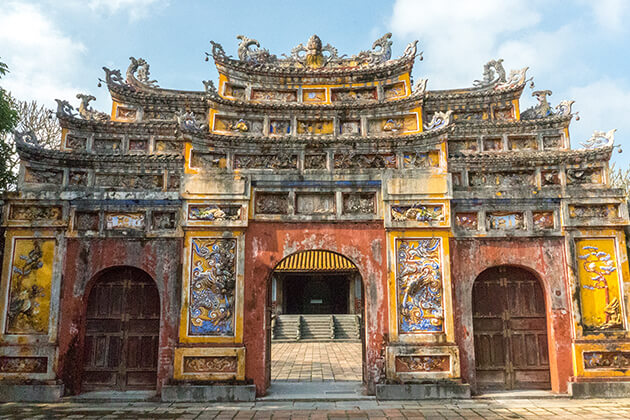 Location of the Complex of Hue Monuments

The complex straddles the Perfume River and lies at the heart of the Thua Thien-Hue Province in Central Vietnam. This city is not coastal, but only a few miles from the eastern sea. From the capital of Hanoi, it is 700km southern and from Ho Chi Minh City it is 1100km northwards, both paths are accessible by air with the Hue airport located just in the suburb of the city.

History of the Complex of Hue Monuments

Established as the capital of Vietnam in 1802 CE, under the reign of the Nguyen Dynasty (1802-1945), Hue played a vital role as the political, cultural, and religious center of the feudal kingdom. However, historical records of this city had dated back to 1306, when the Princess Huyen Tran of the Tran Dynasty was married to the Champa King Che Man. Hue was long ago the residence of lords and ladies, of royalties before King Nguyen moved capital southward. Deep below the ground of the Royal Tomb area rests nine kings of the Nguyen Dynasty. 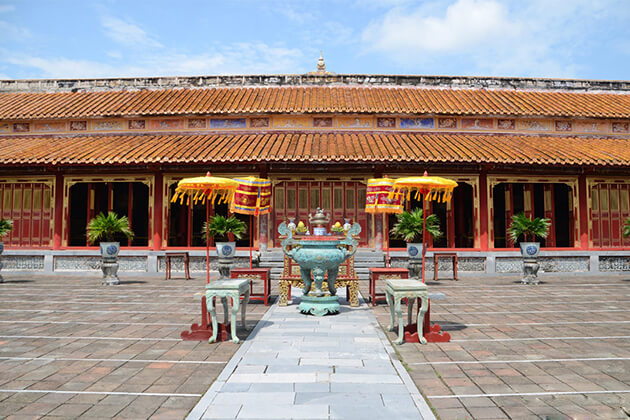 Features of the Complex of Hue Monuments

Hue Monument is an emblem of the complicated fusion of nature and architecture: the Western and Eastern frameworks resemble the South and the North in compass. Similar to the construction of feudal capital cities in Asia, Hue has three rounds: the surrounding zone is the citadel wall, in the middle lies the imperial citadel and the imperial palace is deeper inside. Traces of a time of splendorous feudality, of majestic royal power, are still clearly visible on the solemn gates, magnificent halls with massive pillar and dragon-carved rooves. 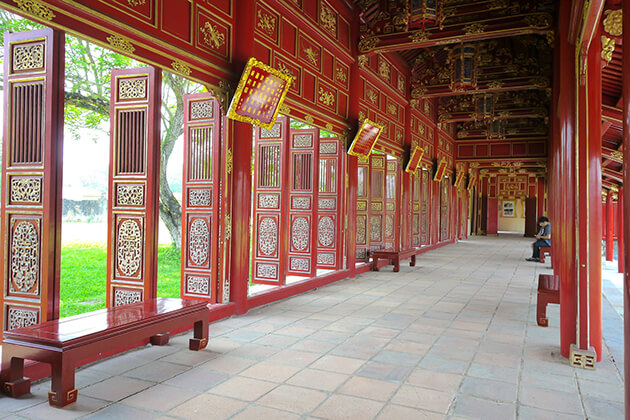 Hue Citadel was not just the administrative and military center of the kingdom but also the Imperial Residence: the Imperial Citadel (Hoang Thanh) and the Forbidden Purple City (Tu Cam Thanh) and several related royal manors. The buffer zone of the citadel is also the home for various important monuments such as the Temple of Literature (Van Mieu), the Esplanade of Sacrifice to the Heaven and Earth (Dan Nam Giao), the Royal Area (Ho Quyen), the Temple of Roaring Elephant (Den Voi Re) and the Celestial of Lady Pagoda (Chua Thien Mu). On the other side of the Huong River lies the tombs of the Nguyen emperors. 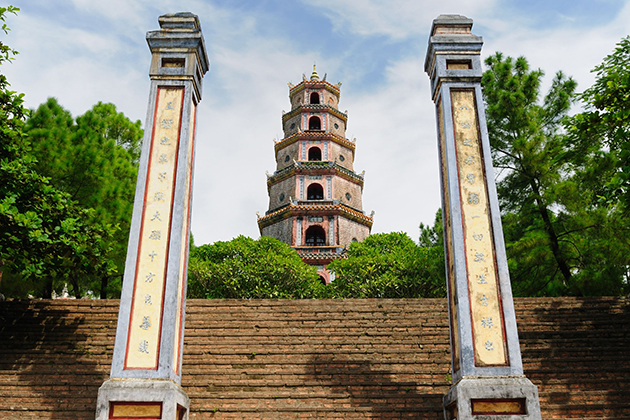 Other Attractions in Hue the Complex of Hue Monuments

Aside from visiting the royal palace and other related areas, there is also plenty of activities during Hue tours. One of the things every tourist coming to Hue should experience is a night of Hue Court Music. Every night on the poetic Huong River, dragon-carved boats carrying tourists and traditional court music singers and instrumentalists races upstream to the night. Melodies from various traditional lutes and flutes combining with the uplifting vocals of court singers will make it an unforgettable night for visitors. Hue Court Music was recognized by UNESCO as one of Vietnam’s Intangible Cultural Heritage in 2008. 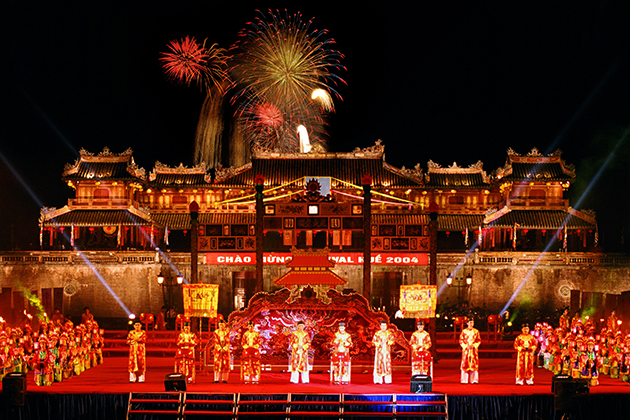 If looking for a bustling place, tourists can go to the Dong Ba Market in Hue – the largest market in Central Vietnam. All the specialties of Hue: cuisine, Vietnamese souvenirs, conical hat, perfume, traditional make-up powder, herbs are displayed here. This is also an ideal place to explore the local culture and environment within Vietnam tour packages.