Throughout the history of 4000 years, Vietnam has suffered from thousands of wars. But the Vietnam War stands out of the crowd because of its uncountable damage and goriness. Nowadays, the war is over but its consequences and relics have remained to remind the generations of the sacrifice of previous ones and the gory wars in the past. Besides, they are interesting destinations for tourists during their Vietnam vacations

As you taxi down the runway at Tan Son Nhat airport (Ho Chi Minh City), you can still see the concrete half tunnel-shaped aircraft shelters along with a few antiquated aircrafts and helicopters. In Nha Trang, the military airport is adjacent to the commercial one and Mig fighters can be seen taking off, circling the area and landing regularly.

Large US army trucks are still used in the South. Anti-aircraft guns and missile sites along the coast of North Vietnam (although most are still off limits). A few concrete bunkers dating mostly from the French period. 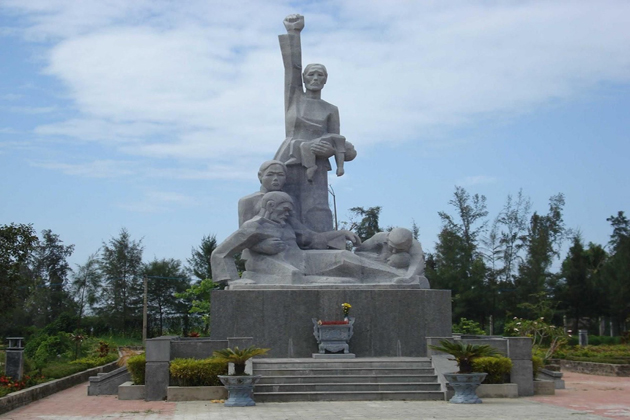 Souvenir shops. In Hanoi & Ho Chi Minh City shops offer an incredible collection of genuine imitations of Zippo lighters with war logos, dog tags, and other military paraphernalia. What would be even more interesting would be a visit to the shops making these ‘antics’. War toys. The fascination for war toys transcends cultural barriers. At the Hanoi airport, parents can buy their kids model replicas of American fighter planes, complete with US flags and other decals. In Ho Chi Minh City, recycled pop cans are used to create rather striking works of art ranging from metal baseball caps to helicopters.