Pottery has been found at Bac Son, Vietnam at the Stone Age (approximately 8,000 BCE). It was made from clay with a basic design and just having few artistic flares. However, Vietnamese pottery and ceramics started to develop rapidly with the appearance of sophisticated decoration in the Neolithic era.

Dong Son culture started highly developing in the North of Vietnam (from about 1000 BC to the 4th century BC) with an outstanding art product called Dong Son drum. Being decorated with geometric patterns, the Dong Son drum showed us the life of ancient Vietnamese in the beginning by the sculptured scenes of farming, warriors donning feather headdresses, construction of ships or musicians, etc.

Due to being dominated by the Chinese for ten centuries from 111 BC to 939 AD, Vietnamese art was partly influenced by the art of this country. During that period of time, the Vietnamese learned many techniques from the Chinese in terms of arts especially ceramics, then developed it based on their own native methods.

Vietnamese Arts through the Independent Period

From the Ngo to Tran Dynasty

During the period of the Ngo to the Tran Dynasty (approximately 10th to 15th centuries), Vietnamese art and ceramics flourishingly developed. It is believed that Vietnamese art in this period was influenced by both ancient native styles and the Tang and Song Dynasty’s art by applying the concept of “three-color” to its ceramics. Besides, the philosophies adopted by Vietnamese people such as Confucianism, Mahayana, Buddhism, and Taoism also strongly impacted Vietnamese art.

Remarkably, being considered as the golden age, the Ly Dynasty beginning in the 11th century dedicated to Vietnamese art many masterpieces such as Temple of Literature, One Pillar Pagoda, and Quynh Lam Pagoda. Then, in the 13th century, the Tran Dynasty made more great progress to art.

The fourth Chinese domination of Vietnam did not last too long just about 2 decades and had fewer influences than other domination. There were many classical Vietnamese books burnt leading to much documentation of the independent era lost. It is said that there were countless Vietnamese resources and goods dispossessed to China. As the result, Vietnamese art in this period and even after liberation by the Le Dynasty was heavily affected by the Ming Dynasty’s art.

Being the last dynasty of Vietnam, Nguyen Dynasty had more interest in ceramics and porcelain art. However, the appearance and development of the performing arts such as imperial court music and dance resulting in the decline in some other fields of arts during the latter part of the Nguyen dynasty. 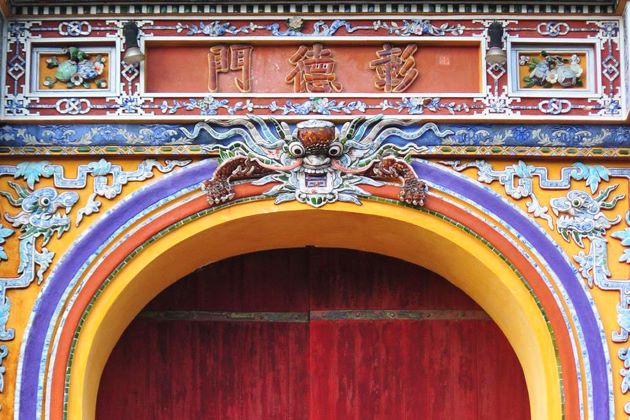 Beginning from the 19th century, Vietnamese art was considerably influenced by French art when the French started invading Vietnam. In the early 20th century, many French art institutions such as the Fine Arts College of Indochine were built in Vietnam where European methods were taught.

It can be seen that French techniques were applied widely by modern Vietnamese artists when they have used many traditional mediums such as silk, lacquer, etc., that is the unique combination between eastern and western styles and elements.