Joining Myanmar new year water festival – Thingyan festival also known as New Year’s day will be one of the most memorable experiences in your life. You will never forget the hustling atmosphere together with the bright smiles and happy faces of the local people to celebrate the most important annual festival. Let’s explore this interesting traditional religious event! 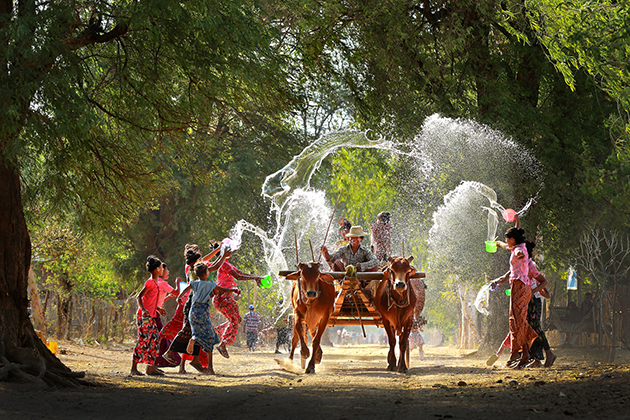 What is Thingyan Festival?

Thingyan which means the movement of the sun from Pisces to Aries in Pali (a Middle Indo ancient language) is the new-year water festival of the Myanmar people. It is not only the biggest but also the most common event of the nation that attracts tourists all over the world. 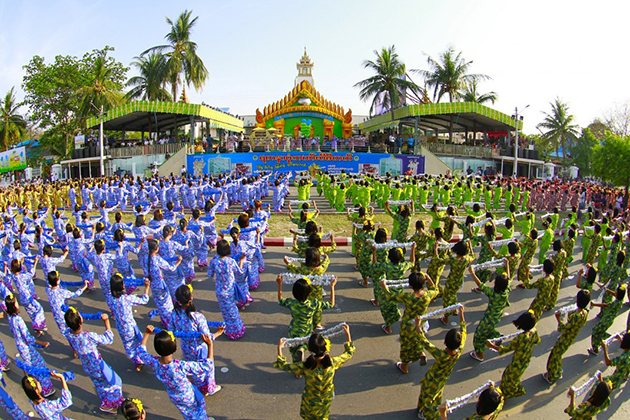 The History of Myanmar Thingyan Festival

According to the ancient legend of the Burmese, Indra and Brahma were two of the supreme gods of Hinduism; Indra had the power of thunder while Brahma was the god of creation and innovation. During discussing Astrology, they had such a serious conflict that they took their lives as the bets. In the end, Brahma lost and was beheaded by Indra. However, it was hard to deal with the head of Brahma because it would vaporize all of the water if being thrown to the ocean and the earth would be exploded if the head was put in the ground. Therefore, Indra entrusted it to Nats who are the guardians of the Myanmar people to supervise alternatively year by year; and New Year’s day is the time when the head of Brahma was transferred among the Nats. 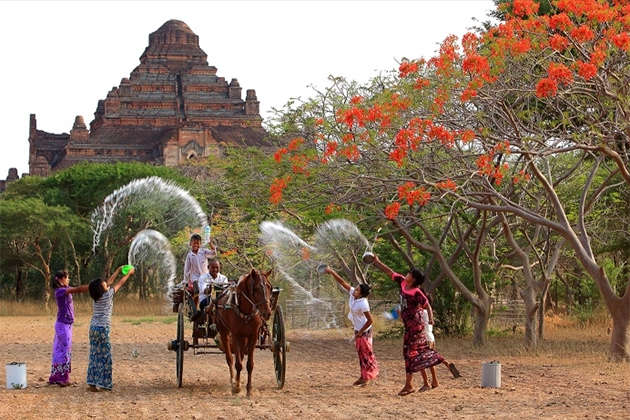 The Activities & Meaning of Thingyan Festival

In the past, on New Year’s Eve, the Burmese people prepared fragrant water made from different kinds of flowers and leaves, then put them together in a bowl or a jar in front of the house during the festival. There would be a special kind of water from a certain leaf each day. 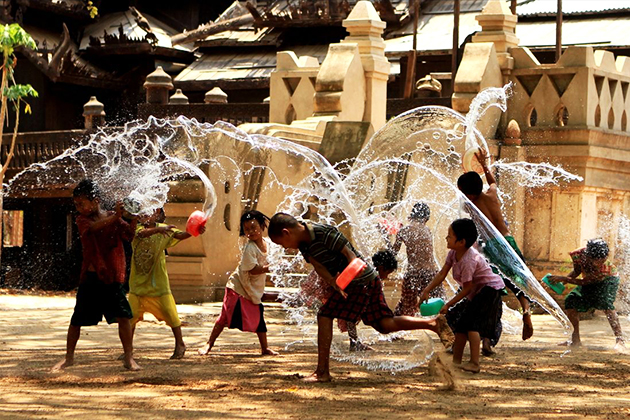 Nowadays, the faucets are used to splash the water in the belief that it will dispel the sorrows and bad luck in the previous year to welcome the good luck, purify the body and mind in the new one. In the evening, when the music is turned on, the festival starts with a diversity of interesting activities such as dancing, antics, and divination overnight. The women are beautiful in colorful dresses and thanaka (a traditional make-up of the Myanmar people) while the men are in the traditional costume – longyi; they happily dance and sing the Thingyan folk songs. Moreover, people give each other the best wishes at the beginning of a brand-new year.

According to the legend, the Water festival in the New Year of Myanmar derived from the desire to preserve the peaceful world and pray to the gods for the blessing. Burmese people believe that water will help to cleanse all mistakes, bad things, diseases, and bring about good luck, happiness, and health so that the wetter you are, the more you are blessed. The atmosphere becomes more and more bustling with live music and freestyle dancing. After being flushed with water, the people will walk in the sun to dry their clothes and feel the relaxing time. The festival also represents the aspiration towards a prosperous life, a peaceful and bright future for the whole nation. 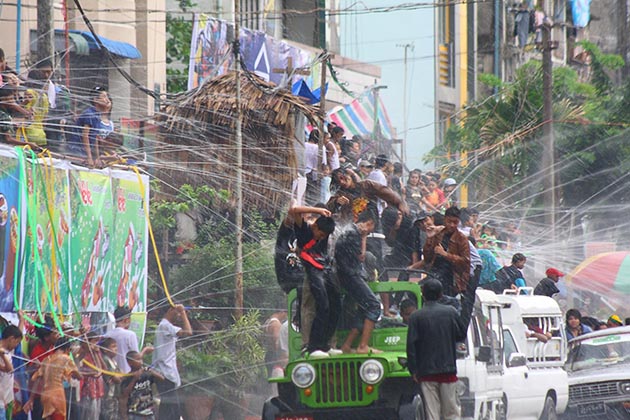 Another indispensable activity is going to the pagodas. Early in the morning, most of the local people gather in the central areas where traditional music and dance performances are played with lively and jubilant voices to welcome a new year. After that, they come to the temples and pagodas to pray for a lucky year for their family and relatives. On these days, the people do many good deeds such as offering to the monks, paying homage to parents, teachers, and the elderly, setting the animals free. Every year, the Thingyan festival is being looked forward to by the Burmese with much joy and excitement.

Different from the other Southeast Asian countries, Myanmar has been open to the world recently, which helps it remain all of the unique traditional cultures. Let’s go and discover this remarkable land by our amazing Myanmar tours!