The Geopark of Ly Son Sa Huynh is located in Quang Ngai Province in central Vietnam. It has the total area of about 100km2 covering Ly Son Island and surrounding coastal communes of Binh Hai and Binh Chau. According to the initial surveys of international experts, this territory has great morphological and geological values as well as rich biodiversity and rich cultural heritage.

Ly Son – Binh Chau marine volcanic cluster and surrounding areas reveal many types of rocks and lava of various eruption regimes about 11 million to 4500 years ago. Remnants of tectonic activity are many craters which can be seen on Ly Son Island. Volcanic eruptions have created interesting natural landscapes on the island, typically the cliffs of Cau cave, To Vo arch, Gieng Tien and Thoi Loi craters, significant geological points for science and tourism. The tectonic process also produces a layer of fertile basalt soil on the island’s surface in the south, suitable for many kinds of crops, and submerged reefs that are wonderful living conditions for aquatic species. 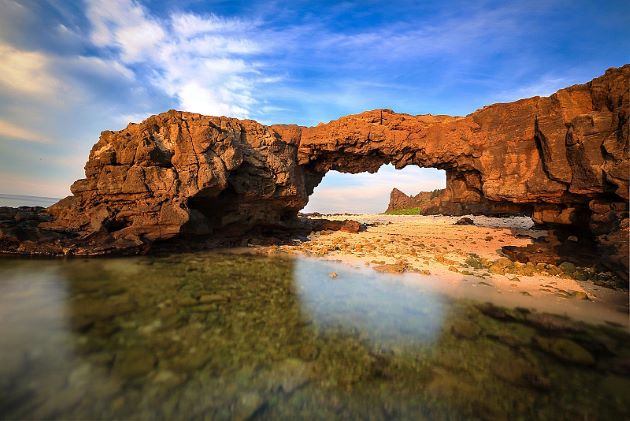 Ly Son Geopark is intermingled with tangible and intangible heritages from different cultural flows including Old and New Stone Age, Sa Huynh, Champa, and Dai Viet Cultures, from mountainous regions to plain, coastal and island ones. Throughout history, the coexistence of some peoples has generated diverse cultural identities interweaving with each other. Beside various temples and traditional festivals such as the Procession deploying troops to the Paracel islands in the recent centuries, Ly Son Sa Huynh is well-known for two archaeological artifacts of Xom Oc and Suoi Chinh affirming the existence of Sa Huynh ancient residents about 2,500 years ago. Located deeply under the Binh Chau and Ly Son sea is a shipwreck graveyard with China items aging from 500 to 1,000 years. It strongly affirms a maritime route of China and ceramic, indicating the roaring trading activities with this region in the history. 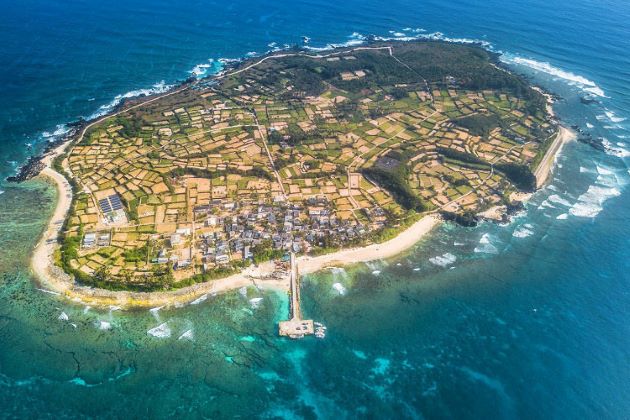 Various flora and fauna species in Ly Son island enlists in Vietnam and IUCN Red List in the mainland. It is also home to a lot of coral ecosystems, seagrass, seaweed ecosystems with more than 700 species, comprising of 200 fish species, 137 seaweeds, 70 mollusks, 157 corals, 96 crustaceans and 7 seagrass species.

It is recommended by experts and scientists to expanding the territory of Ly Son Geopark to include the diversified geological and cultural values, so it can support and improve the living conditions of local communities. All of these also increase the possibility of UNESCO recognition to the aspiring geopark. The territory extension is to cover three tourism routes symbolizing three cultural – ecosystems of mountainous to Tra Bong district, of coastal to Sa Huynh and of the island to Ly Son. The core principle is to combine the geoheritage of these routes like the ‘body’ of the geopark while Sa Huynh Culture serves as the ‘soul’ of the geopark; both are diversely unified in an entity of such a geopark. 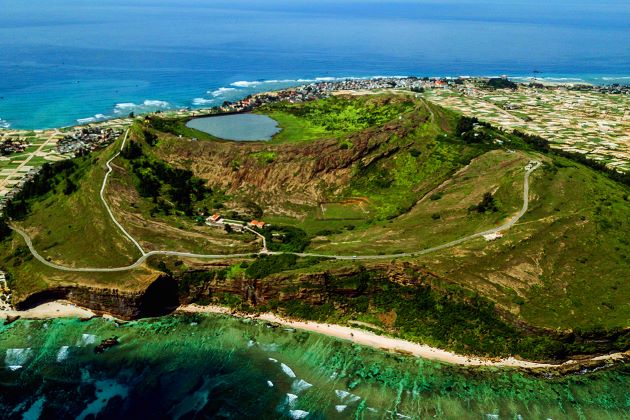 Up to now, local and international scientists have visited and surveyed on 350 sites in the proposed territory, then came up with a tentative list of 78 meaningful sites along the three abovementioned routes. 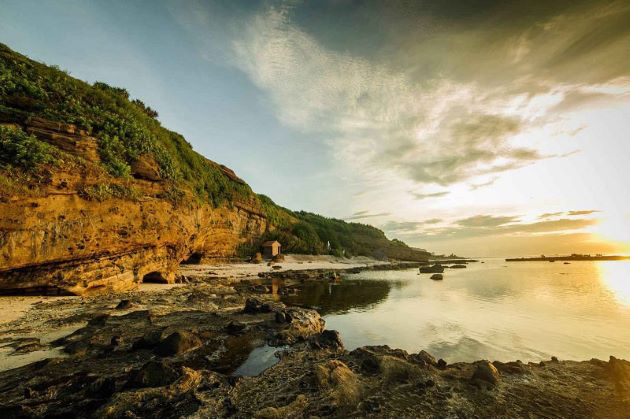 Provided that you are planning a visit to explore Ly Son Sa Huynh Geopark, a lot of interesting information about Ly Son Island can be found here. Then tell us your interests so that we can support you to create your wonderful Vietnam tour packages to this undimmed geopark.