During his time as the President of North Vietnam, Ho Chi Minh decided not to settle in the Presidential Palace, but in a modest stilt house behind. The house is called the Ho Chi Minh’s Residence or Ho Chi Minh Stilt House. The construction is located in the Ho Chi Minh Complex and worth a visit to learn more about one of the greatest people in the 20th century in Hanoi tour package. 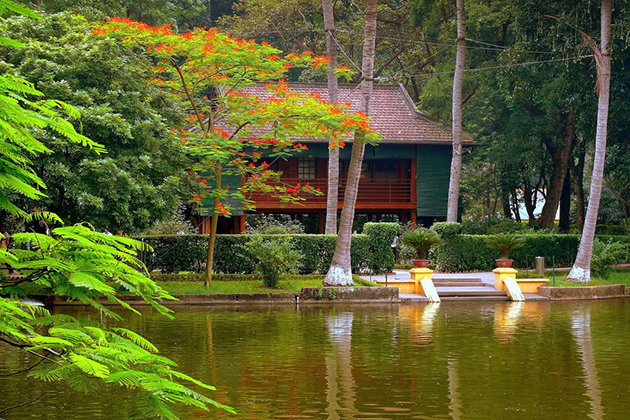 After taking the control of Hanoi from the French Governors, Ho Chi Minh was appointed as the President of the Democratic Republic of Vietnam. Due to his supreme position, he was supposed to reside in the Presidential Palace, which was a French mansion built to be the residence for the former governors. However, those former rulers and their reign had left such painful memories and hatred in the minds of Vietnamese people that Ho Chi Minh did not have any desire to live in a place of their legacy. 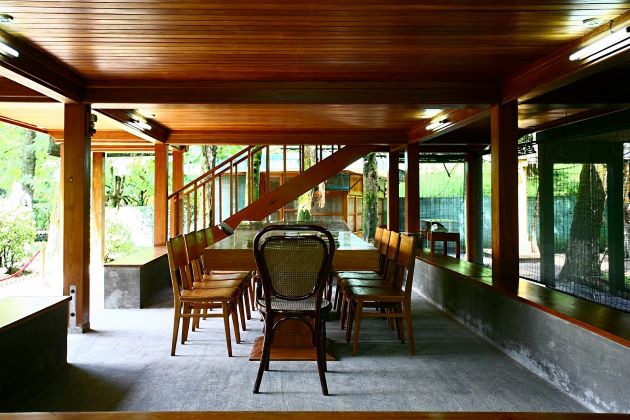 Upon a visit to the north-west and saw the architecture of traditional stilt houses used by ethnic people, Ho Chi Minh was inspired and called for a similar design to be his residential place. A new “president palace” was built, with a simple wooden layout and only two small rooms, no toilet – this was the place that Ho Chi Minh spent his life as Vietnam’s president until his death in 1969. 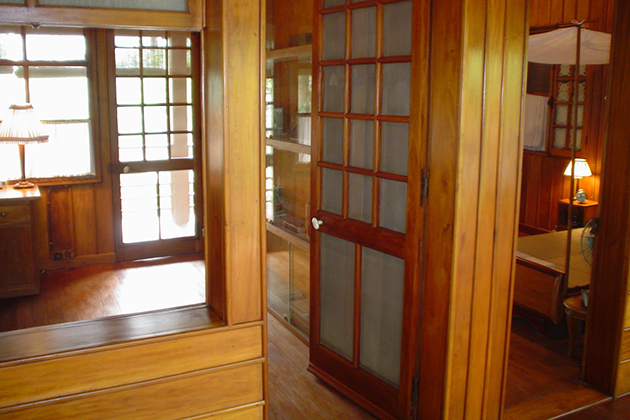 Ho Chi Minh’s stilt house is a clear portrayal of his image as “the man of the people” – a frugal person with fond of a simple life. Every day there are groups by groups of Vietnamese people visiting this wooden house, to feel the lingering presence of their late presidency – a man wearing brown cotton clothes and car-tires sandals. Looking at him, people sometimes mistook that he was not their larger-than-life president, but just a typical country old man. 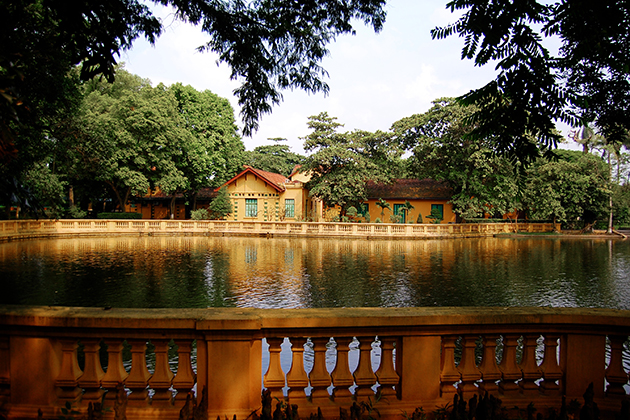 The Mango Alley then circles around a sizable pond, with crystal-clear water and dozens of carps. Legend said that Ho Chi Minh, just like the ancient Asian mediators, nurtured the habit of fishing to balance his emotion and mind. The fishes can be fed with only a single crisp clap.

In appearance, it looks no less different from the traditional wooden house on stilts of ethnic people in Vietnam’s mountainous areas. Reflecting the soul of its owner, a man with his love for nature, the house is embraced by fruit trees and flowers. The stair leads to two small rooms inside the house. The size of the rooms are quite small, just leaves minimum space for personal living – a proof of the simple taste of Ho Chi Minh. 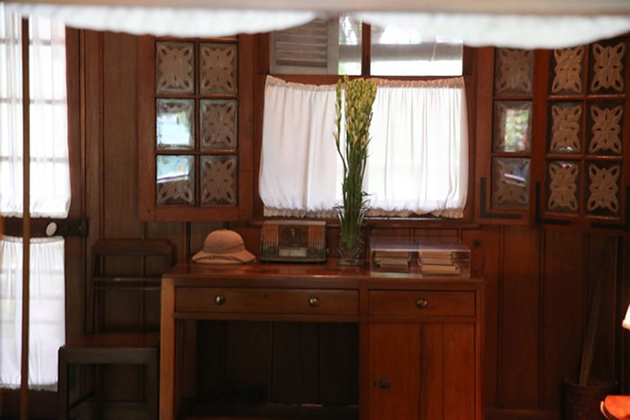 Ho Chi Minh’s study is the room furnished with books, old newspapers, a typewriter, and a Japanese fan. The sleeping room consists of a simple bed, a vintage-looking telephone, an electric clock, and old-style radio. Vietnamese historians still keep the black and white film featuring the life and work of Ho Chi Minh in this house, also the moments just before his death.

Under the house is an empty space, used as a receiving “office”. Communist Generals and Foreign Guests visiting Ho Chi Minh were invited to sit in simple bamboo chairs. Peaceful as it may look, space also contains some concessions of the raging war at that time: a group of phones to other departments, steel helmet, and other protection against bombing. 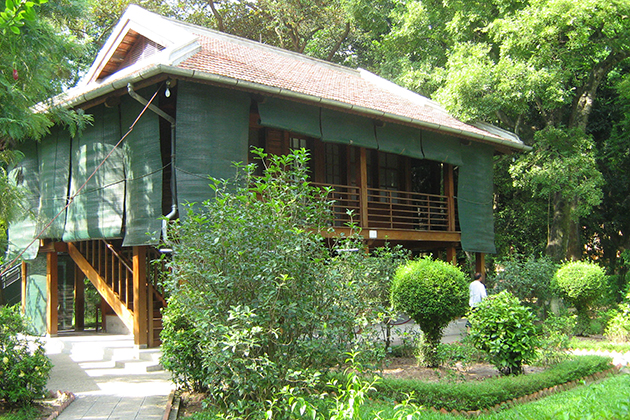 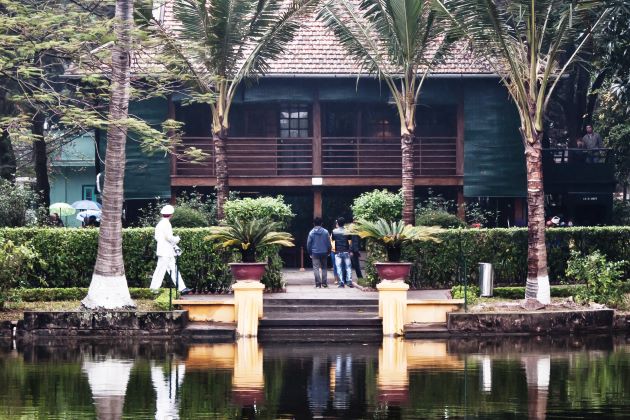