Ba Dinh Square is the largest square in Vietnam, located on Hung Vuong Street, Ba Dinh District. The square is the historical destination where the Ho Chi Minh Mausoleum was built. This square is also a place to recognize many important landmarks in Vietnamese history, especially on September 2nd, 1945, the President of the Provisional Revolutionary Government of Vietnam Democratic Republic Ho Chi Minh read the Declaration of Independence giving birth to the People’s Democratic Republic of Vietnam. Today it is known as the Socialist Republic of Vietnam. 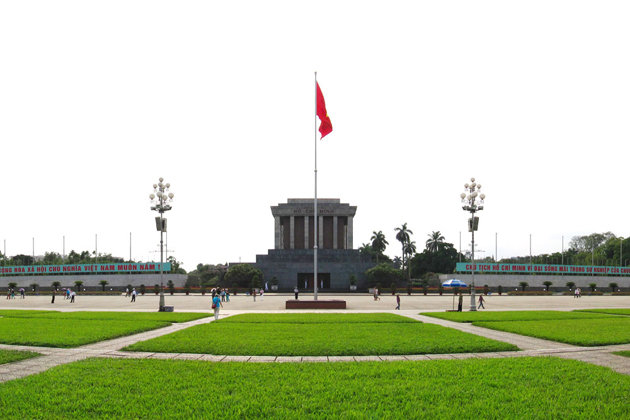 Previously, this place was an area within the Imperial Citadel of Thang Long. In King Gia Long’s time, in 1808, the citadel was demolished to rebuild a much smaller city to serve as the capital of Bac Thanh. The area of Ba Dinh Square today corresponds to the West Gate of the new city at that time, was renamed Hanoi by King Minh Mang (son of King Gia Long) in 1831. The square used to be the place for the cultural activities of Northern people.

Ba Dinh Square in the period of French Colony

After conquering all of Indochina in 1894, the French army demolished the entire city, keeping only the North Gate as the evidence. This area was designed by French architects to build the administrative center of the Indochinese Federation. A small flower garden was built in the area, forming a large square named the Pugininer Garden (Le Parc Pugininer). 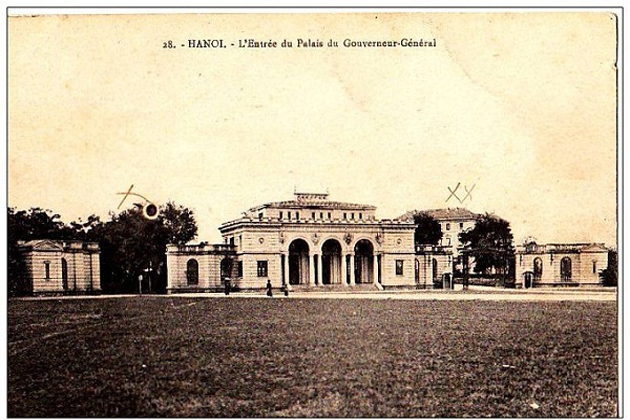 Ba Dinh Square in the period of Japanese Colony

To take control of Indochina, on March 9th, 1945, Japan overthrew the French. Mayor Tran Van Lai decided to rename many places and streets in Hanoi with Vietnamese names, replacing the former French names. These new names were often in memorial of a national hero or a historical event. Hence, the rename of Ba Dinh Square was to honor the uprising against the French colonists of Dinh Cong Trang resistance army in Ba Dinh, Nga Son District, Thanh Hoa Province (1886-1887).

Ba Dinh Square in the Period of Independence

Today, Ba Dinh Square has a total area of 320m long and 100m wide, 210 squares of grass, intermingled with a 1.4m wide walkway. The center of the square is a flagpole of 25m high. This is the place where parades take place on the occasion of the great Vietnamese holidays, and also a place of sightseeing, fun, strolling tourists, and the people of Hanoi. In addition, Ba Dinh Square’s adjacent complex also contained several smaller projects like the One Pillar Pagoda and Uncle Ho’s stilt house area.

Highlights of the Ba Dinh Square

Ba Dinh square is a historical milestone of Hanoi city tour. This place has witnessed a dozen significant historical moments and important national events. Below are some of the reasons why a visit to the Square of Ba Dinh is worth considering.

Like the rest of the Ho Chi Minh Complex, the Ba Dinh Square has an air of solemnity attached to it, due to the fact that it held testimony to several historical events, one of them is the reading of the Declaration of Independence.

The significance of Ba Dinh Square also includes its national largest size, containing up to 200,000 people, with 168 square meters of green grass. During the day, the square is a highly solemn place but when night comes, this becomes the gathering place for the locals, families, and the elderly. This is a perfect place for a stroll in the evening.

Besides Ba Dinh square, tourists can visit the accommodation of the greatest Vietnamese president as well as world cultural celebrity. Explore more about the life and career of Ho Chi Minh through the Ho Chi Minh museum and discover the traditional Vietnamese architecture through the One-pillar pagoda. 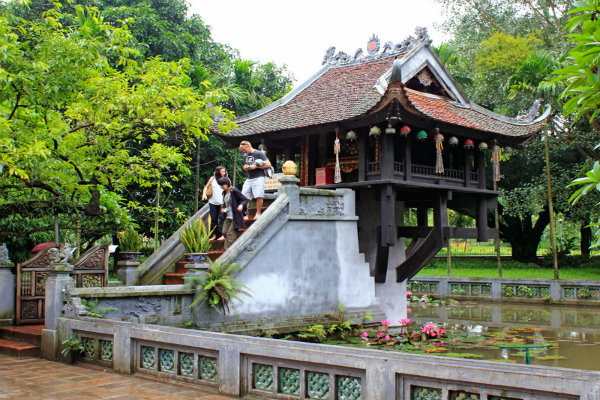 How to Get to Ba Dinh Square

Buses number 09, 34, and 22 all offer a stop at the Le Hong Phong Road, just less than minutes to walk to the Ho Chi Minh Complex. The Ba Dinh Square is always open for all tourists, no entrance fee is required.

Ba Dinh Square requires no entrance fee to get inside. The opening hours are from early morning for the raising flag to late night for flag lowering. 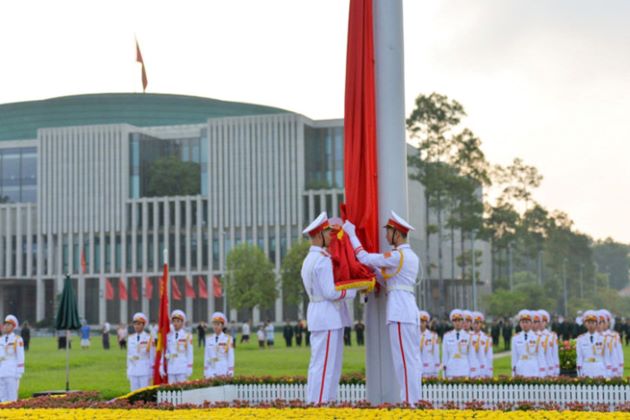