Dao ethnic group is one of 54 groups of people in Vietnam. The Dao mainly reside in the mountainous Northern provinces such as Cao Bang, Ha Giang, Tuyen Quang, Lang Son which border with China. Although inhabiting in mountainous areas, the Dao has a rich culture and originality, which combine with the flow of ethnic culture, contribute to the shape of the cultural identity of the ethnics in Vietnam.

The Accommodation of Dao Ethnic Groups

If other ethnic groups classified houses by viewing the shape of the roof, construction, material … the Dao people rely on the grounds on which people living to see the different types of housing. The Dao has many different types of accommodation, each of them bringing their own characteristics to enrich the cultural and architectural treasures of them, such as house by land, house on stilts, and house, which is adapted both of them. However, even with the kind of houses, the raw materials are easy to find such as wood, bamboos, forest rope, grass. 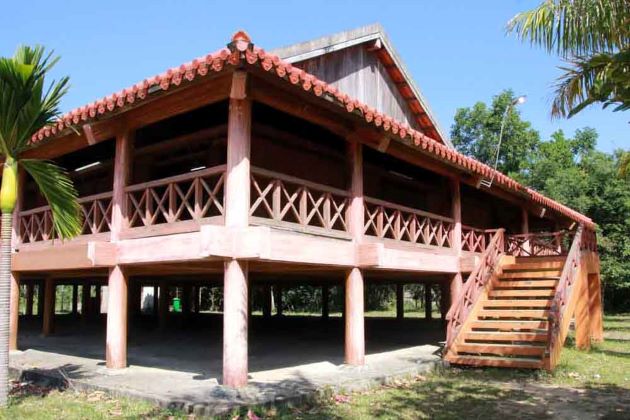 The Economy of Dao People

The Dao people live mainly by growing rice on terraces and water rice in fields. In addition, they also plant crops. Although farming tools are rudimentary and backward farming techniques have much progress. They have developed many crafts such as weaving, forging, wood, paper, pressing the oil.

The Cultures of Dao Ethnic Groups

The food of the Dao is mainly bamboo sprouts, vegetables, meat, and fish occasionally. They adopted many pigs and chickens, but it is often used in the days of funerals, weddings, and holidays.

It’s easy to identify Dao ethnic group by their traditional dress. Generally, a woman’s costume includes a shirt, skirt, headscarf, a pair of leggings, and jewelry. A man wears a short shirt with a line of buttons. Both men, women, and children like to wear jewelry like necklaces, bracelets. In addition to beauty, that has human values and beliefs. According to legend, the silver jewelry will exorcise, protected from the wind, and even are blessed by gods. 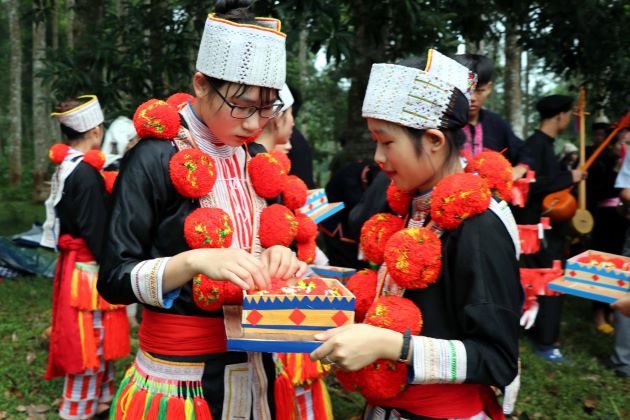 The Dao worship their ancestors and Ban House (Ban Ho). In some regions, dead people from 12 years old and older are cremated. The Dao have strange customs. In marriage, a man has to stay in his wife’s family for 2 to 3 years ( or the whole of their life).

The Dao people have a very rich culture and deeply imbued, reflecting various aspects of life. Singing and composing poetry is entertainment that needs common activities of the Dao. The Dao sing, compose or improvise lyrics on the special occasion, wedding, celebrating the new home, the festival, and fairs … the lyrics are very abundant, reflecting multiple aspects of working life and nature around the man. Musical instruments of the Dao ethnic are primarily used in religious rituals and beliefs, including drums, cymbals, gong, bells, and horns. Besides the Dao also has other kinds of instruments as a flute.