Myanmar’s weather is divided into three different types, starting from February to May which is considered as the hottest and driest time of the year. During this time, the temperature can reach up to 40 degrees Celsius, however, it can be cooler in the highland areas. May to October is the time of monsoon season while the weather is drier and the temperature is cooler. This type of weather usually falls in October to February (peak tourist season). However, Burma tours still deserve to visit at any time during the year. 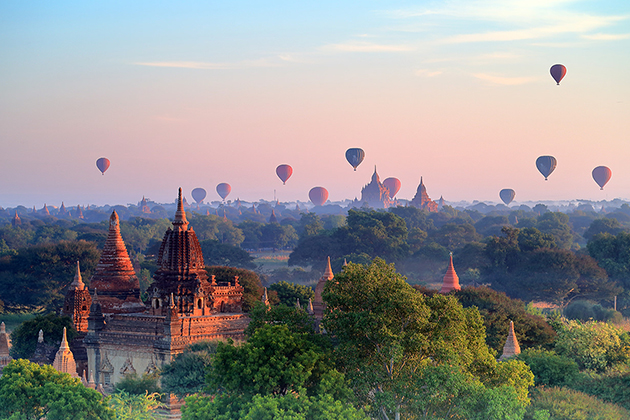 Myanmar has two distinct seasons: the dry season runs from October to May and the wet one starts from May to early October, the climate at the peak of the wet season sometimes cannot predict exactly in some regions of Myanmar. Each season has its own typical features. The time from March to June is known as the most blazing months of the year because the temperature can reach 40°C to 43°C.

October marks the end of the rainy season in Myanmar, witnesses the considerable fall of temperature and rainfall. The cool weather covers throughout the country, the mountainous and highland areas may be much cooler. The flatlands surrounding Bagan and Mandalay are driest regions of the country when avoiding heavy rains all the way through to August. In addition, the altitude mainly causes an impact on Burma climate when highland areas witness the cooler temperature compared to regions in the south, west and lower center.

November to February is highly recommended as the best time to explore Myanmar, at that time, the climate is mild and less rainy; however, this is also the peak season in Myanmar so booking accommodation may become more concerned. Thus, many experienced travelers prefer mid-season because the weather is still comfortable during all months of the year. Particularly, you may get the chance to experience the cool weather all year round when visiting the Mount Kyaiktiyo (Golden Rock), the temperature ranges from around 15°C to 20°C. The rainy, cloudy and foggy weather may prevail on the mountain sometimes. During the hottest period of the year, make sure to take a jumper or fleece in the evening when the weather starts being cooler than daytime.

Yangon (Rangoon) is well known for the tropical monsoon climate and the summers are wet because of the southwest monsoon. It begins from mid-May and ends until mid-October. Temperatures can rise dramatically to approximately 37 ℃ in April which is the hottest month. 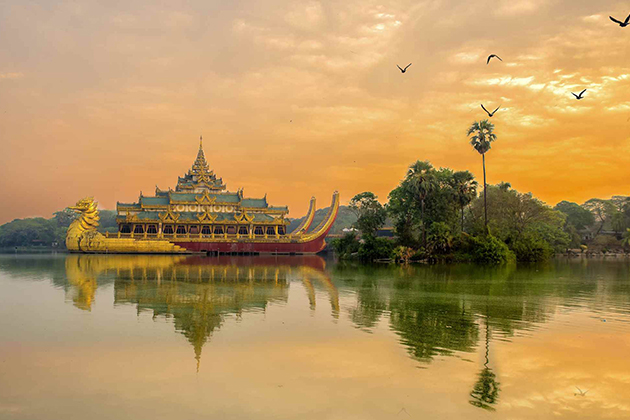 So the question is “What is the best time to go to Yangon in Myanmar?” Here are some of the annual events we have collected that may satisfy visitors’ concern:

When mentioning Mandalay, people usually think about tropical wet and dry climate, although the Arakan Mountains’ rain shadow is so strong that the city is almost assumed as having a hot semi-arid climate. Mandalay features noticeably warmer and cooler periods of the year. The average temperature in Mandalay is 27 ℃. 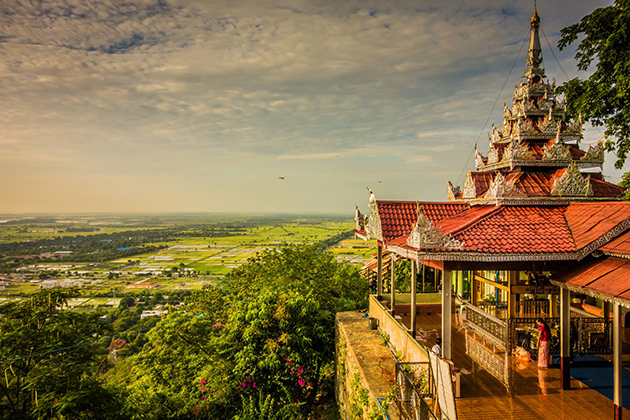 How do you know the best time to go to Mandalay in Myanmar (Burma)?

Dry weather, wet summer climate considerably impact on Inle Lake weather. Dry summer climate, wet winter, and wet summer are characterized by moderately warm and dry winter. Chance of precipitation during the driest season of winter is less than one-tenth of the rainfall of the most humid summer months. 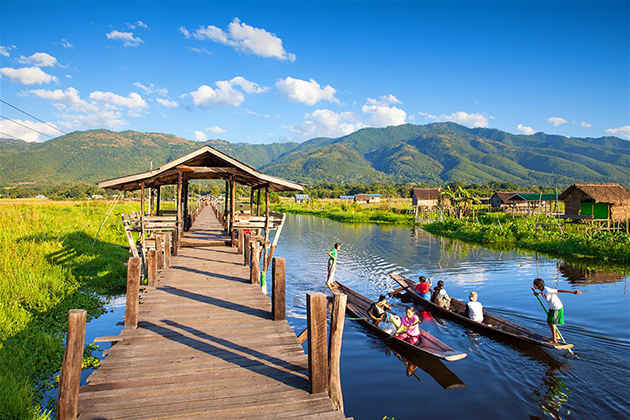 By far, April, March, and May are the warmest months at Inle Lake. The range of temperature is from 35 ℃ to 38 ℃. The hottest month is April with an average temperature of 38 ℃. December is the coldest month with an average temperature of 29 ℃ and the average amount of rainfall is about 27 mm. The other cold months are January, November, and August. So how to decide the best time to visit Inle Lake? The weather of Inle Lake is quite ideal around the year so you can visit at any times you want. However, the temperature can be reduced at night from December to February so consider these months if you do not like the cold.

Bagan’s climate is quite easy to forecast with seasons changing each year at nearly the same time. It strongly depends on the direction of wind which blows in the summer monsoon rains from the South-West beginning in May and lasting until September. Although these months are mostly rainy, rain seldom falls all day but falls like a downpour that chills the air and sends guests hastily running for cover until the squall passes. 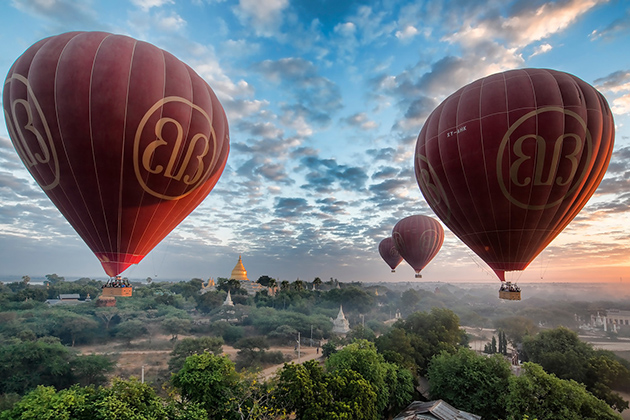 From March to May, the level of temperature and humidity begins to increase considerably, and in May, the rain will appear regularly in the late afternoon. In the tropical season, the temperature is comparatively high throughout the year and mercury can fluctuate up to 40 ℃ in March and April with high humidity reaching 80% in the afternoon which means drinking water throughout the day is very necessary to avoid dehydration.

Overall, the most suitable time to visit Bagan is from November to February because this is the coldest period time of the year when the North-East monsoon brings beautiful dry days with little or no cloud and very little or no rain. During this time, the level of humidity is much lower then traveling around the temples will bring you an enjoyable experience although more tourists are coming at this time and also more dust stirred up if windy.