The young state of Vietnam fell under the domination of Chinese feudal dynasties, which lasted from the 2nd century BC to the 10th century AD.

For nearly 12 centuries, particularly from the 7th to the 9th century (Tang dynasty), China carried out a policy of assimilation in all respects, and, as a result, Vietnamese architecture underwent deep changes. Chinese rulers built many Chinese-style citadels and palaces to meet their political and living requirements. These constructions served as models for many Vietnamese mandarins to follow. Chinese migrants also built a house that was mixed up with Vietnamese styles. The assimilation policy of the Chinese rulers eventually failed as the Vietnamese people continuously rose and finally wrested back their independence with the historic Bach Dang victory under the leadership of Ngo Quyen in 938 AD. 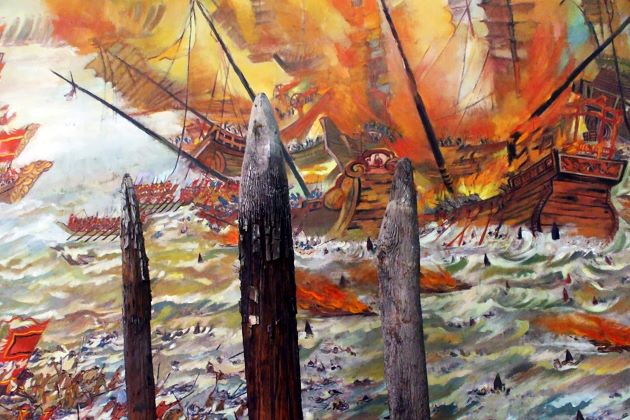 National independence brought an end to Chinese palaces, while the houses of individual laborers and Chinese migrants, who were gradually Vietnam zed, became part of the local architecture, as was the case of the Hoa (Chinese) living in the lowlands and midlands of North Vietnam. Chinese-style houses and pagodas built in the 14th century (Ming dynasty) or 18th and 19th centuries (Qing dynasty) have been preserved to date in some towns, cities, and other places across the country.