Cu Chi Tunnels is an underground defense system in Cu Chi District, 70 km north-west of Ho Chi Minh City. This system was excavated by the Viet Minh and the National Front for the Liberation of South Vietnam during the Indochina War and the Vietnam War. The tunnel system includes infirmaries, rooms for living, kitchens, storage rooms, and offices. The tunnel system is about 250 km long and has ventilation systems at the bushes. Cu Chi tunnels are built on land known as “steel land”, located at the end of the Ho Chi Minh Trail. During the Tet Offensive of 1968, the National Front for the Liberation of South Vietnam used this tunnel system to attack and liberate Saigon.

The History of Cu Chi Tunnels

Cu Chi Tunnels was a common name different tunnels, formed from the period 1946-1948, during the Indochina War. In this period, the system was short tunnels with simple structures used to hide documents and weapons. 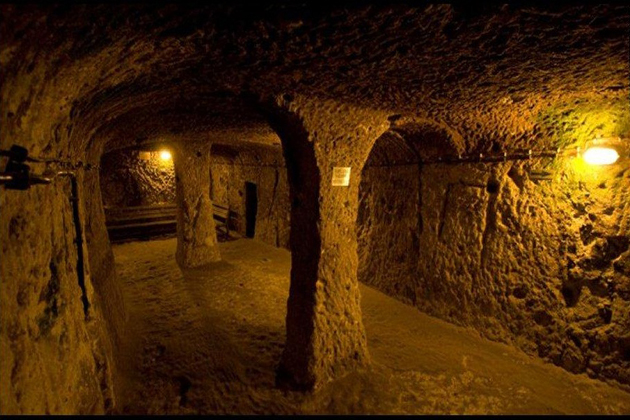 By 1965, about 200 km of tunnels were excavated. In terms of scale, the tunnel system had a total length of over 200 km, with 3 different floors. The upper one was 3m deep from the ground floor, the middle one was about 6m while the bottom floor had a depth of 12 m from the ground. At this time, the tunnel played a role not only a shelter but had become a place of living, ambulance, meeting, weapon depot.

Ironically, ignorant of the existence of the tunnels, US military installed a large base camp right on top of the network. It took them months to figure out why, at night, soldiers were being shot right in their tents. The Americans and Australian tried a variety of methods to pacify the area around Cu Chi, at that time known as the Iron Triangle. But neither bombs, napalm, defoliant, hunting dogs, nor tunnel rats were successful in driving Viet Cong guerrillas away. In 1969 the Americans decided to carpet bomb the whole area with B-52s, turning the area into what has been described as ‘the most bombed, shelled, gassed, defoliated and devastated area in the history of warfare. Although they managed this time to destroy most of the tunnel network, along with everything else around, it was too late: the war was ending and the tunnel had been an important component of the Viet Cong victory. 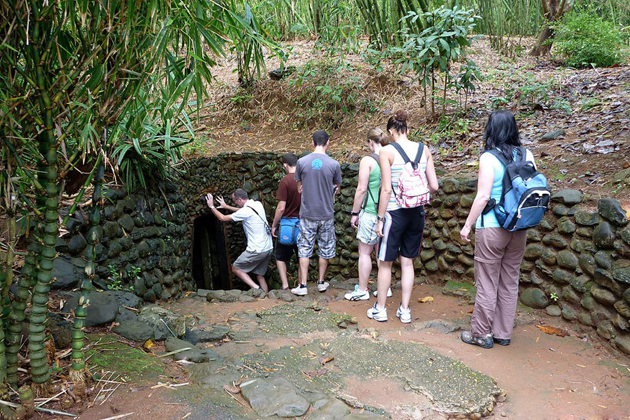 With a view to ensuring the safety for visitors at Cu Chi Tunnel, you must follow some rules:

Visitors should strictly comply with our attendants’ instructions. During the visit you should not leave your Group or go down the tunnel alone without an attendant.

You should not go down the tunnel in the following cases:

Visitors have a past medical history about a cardiovascular disease, high blood pressure, or such respiratory diseases as asthma, tuberoulosis…, arthritis, rheumatism.
Visitors are afraid of darkness and narrow place.
Visitors of old age (70 years old or more)
Visitors got drunk on alcohol or beer.

For visitors’ safety, we request visitors should strictly comply with these rules, falling which, our Cu Chi Tunnel Authority shall not assume any responsibility.