During Lunar New Year in Vietnam, a number of villages in northern and central Vietnam hold the rice cooking festival: cooking ordinary rice in water, steaming sticky rice, and making rice cakes. It may sound simple but follow strict and complex rules: Cooking in the wind and rain. Tu Trong Village, Thanh Hoa Province has a temple dedicated to the 11th-century warrior Le Phung Hieu. The rice cooking festival shows the long-established agriculture of growing wet rice in Vietnam as well as the respect of Vietnamese people to the rice – the main food which has been raising them up from generation to generation. 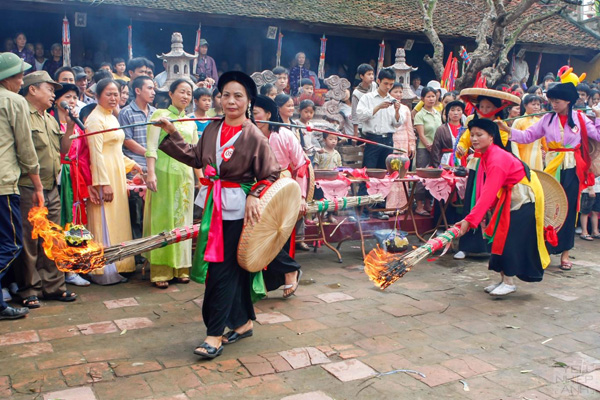 The rice cooking competition begins precisely at dawn. Hundreds of boats are tied up along the pond bank since as many as 200 young women may participate. Contestants cook in the open air while in a bamboo boat floating on the village pond. Charcoal, the usual fuel, is prohibited. Instead, each competitor receives some dried sugar cane, which burns only with difficulty. The challenge increases if it is windy and raining. Each contestant must set her rice pot in exactly the right place to take advantage of the wind and avoid extinguishing the fire. 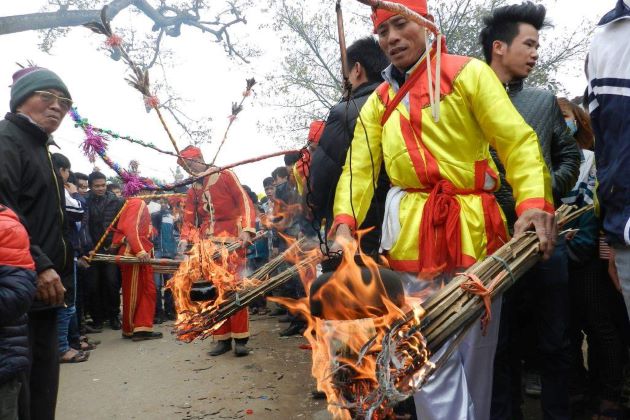 After a salvo of drumbeats, competitors step into their boats, bringing along cooking tripods, rice pots, some damp straw, and fuel. They row to the center of the pond, make a fire and wash the rice.

With the second salvo of drumbeats sounds, punctuated by three final beats, the competition starts. The cooking may be done in one pot after another or by using all pots at the same time. The tiny, light boat sways with the competitor’s every movement, keeping the craft stable while cooking is like performing a circus act. The competitor who finishes first wins, but quality also counts. People from many villages watch from the pond bank, mothers who have trained their girls for months impatiently wait for the results of their efforts. Other women take advantage of the occasion to look for prospective daughters-in-law who are both good cooks and can also face difficulties with calmness.

Other Rice Cooking Festivals in Vietnam

Contests for boys and girls villagers in Chuong Village of Hanoi organize similar competitions separately for boys and girls. Female participants must cook rice on the ground while simultaneously carrying a six-to seven-month-old baby from another family on her hip. She must console the infant when he or she cries. At the same time, she must prevent a toad from jumping out of a chalk circle drawn around her. The competition is all the more difficult because the spectators, especially children, take every opportunity to tease the baby. 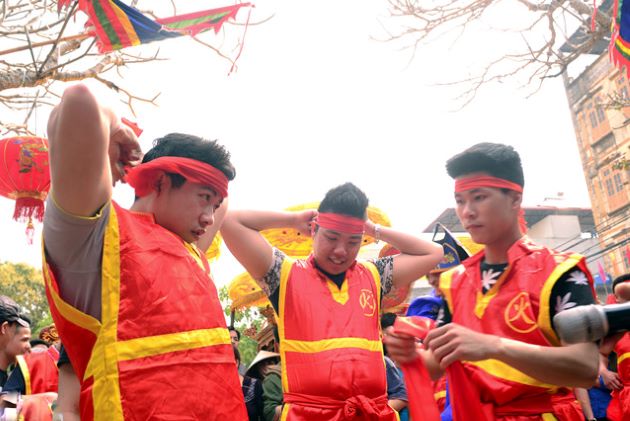 The contest for boys is no less rigorous. Each boy must stand ready with all the necessary items (rice, water, matches, and firewood) on a light boat moored in the pond bank. At a given signal he paddles with his hands to the opposite bank, where a row of pots is placed on tripods. He must stay in his unmoored boat while cooking the rice on the bank. The least loss of balance tosses him over into the water.

In Tich Son Village of Vinh Phuc Province, a cooking competition takes place on the morning of the fourth day after Tet. The finished rice must meet particular criteria of taste and consistency. Contestants use two pots. First, they boil the rice in a copper pot over the fire. Once the water boils, they pour both the rice and water into an earthen pot and cook the rice over charcoal until done. 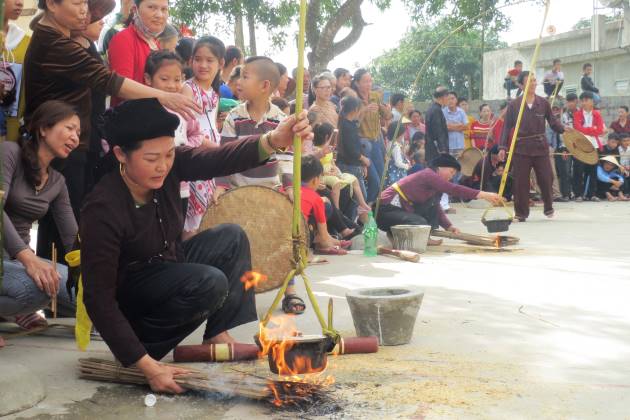 Spend your Vietnam tour packages on the occasion of the Vietnamese Lunar New Year taking a closer look at the interesting and traditional rice cooking competition.