Every visitor who comes to Vietnam is surprised that Vietnam is the second-largest coffee producing country in the world and how Vietnamese enjoy coffee is not the same as the rest of the world. People enjoy a coffee while working, meeting, and discussing with the partners, chatting with friends or when entertaining. . . Coffee considers as a part of work and life. Cafe originated from the West, followed by the French imported into Vietnam from colonial times. This drink was originally served for the social elite. Gradually, coffee became a popular drink for everyone. Now Vietnam is famous for many coffee brands for instance Nescafe, Vina cafe, Trung Nguyen café… But the Vietnamese have a style to enjoy their very own coffee. Due to the habits and the region, coffee drinking style in Hanoi, Hue, and Saigon is very different

The drinking coffee style of Hanoi people is quite similar to in Hue. They also have two kinds of coffee: coffee with sugar or milk. Because of colder weather than Hue so Hanoi people often drink less ice. They have to divide into 4 different coffee: brown iced coffee, black iced coffee, brown and black coffee Hanoi people also create a kind of coffee that should be tried in every Hanoi day tour: Egg coffee 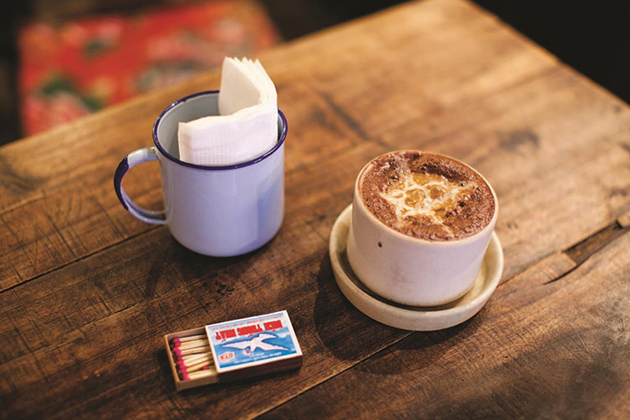 Then every time they go to a café, they also have the habit of sitting, enjoying coffee, and looking at the sky. But Hanoi doesn’t have a quiet and peaceful space like Hue. So you will not be surprised if Hanoi people sit and drink coffee in a very old poor shop silently watching the noisy and crowded streets. However, Hanoi people are not as diligent in drinking coffee as Hue people. They do not have a morning coffee habit, except for retirees or those who have no job for the time. They often go to coffee shops in the evening. They drink coffee in small glasses or porcelain cups. The amount of coffee mixed into each cup a little more than Hue, so the coffee is weaker.

Because of the lack of an amusement park, Hue people can go to the café at any time of the day. The coffee culture of the Hue people can be encapsulated in three words: dense, delicate, and slow. Whenever they want to drink coffee, they just sit on a street stall along the river or sidewalk. Hue people only drink “phin” coffee (filter coffee). The stall uses small glass cups to hold coffee, ice for the coffee must be the big ice, leaving a couple of ice waiting for it to melt slowly. There are only two types of coffee in Hue: iced coffee and milk coffee. 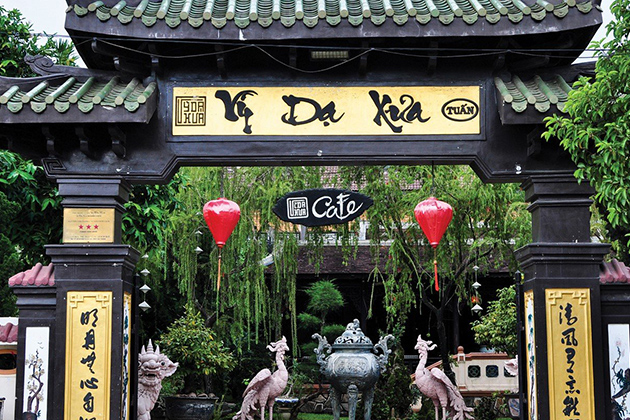 Unlike Hue and Hanoi, Saigon coffee culture is very generous. Saigon people consider coffee not only to sip, enjoy but also is a kind of beverage. So, when in the summer in Saigon, you will occasionally see, someone rushed to a counter or street vendor, bought a coffee, finished in a second, and then went away. The Saigon coffee mix is also very special: a lot of ice, less coffee. Saigon coffee cups look like cups of coke, both in color and weight as well as function. In the coffee shop, if you order a glass of milk coffee or iced coffee, they will give you a large glass of all the ingredients you need to drink. If a Hanoi and Hue citizen first goes to Saigon, then going to drink coffee will create a slight culture shock. 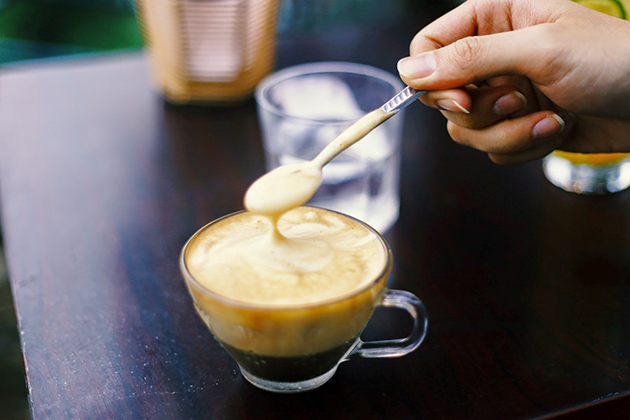 Only in Saigon, people drink coffee with a straw. Saigon people drink coffee also very sweet, almost overwhelm the bitter taste of the coffee. Not to mention, their coffee mix has been very weak. Few Hanoi and Hue people can drink a cup of Saigon coffee because it is tasteless and too sweet. Meanwhile, the Saigon people cannot drink coffee Hanoi – Hue style, too strong and too slow. Saigon People go to the café to have lunch and talk about work, drinking coffee to go to work … After finishing their coffee, they go to do some work, not delay.