The best time to visit Vietnam is the beginning of summer (April and May) because they are the only two months which is not rainy and too hot across the country. However, the climate changes according to the landscapes. You can rely on other aspects to choose the best time to organize your Vietnam vacation, such as the time of Vietnamese traditional festivals or place you visit. 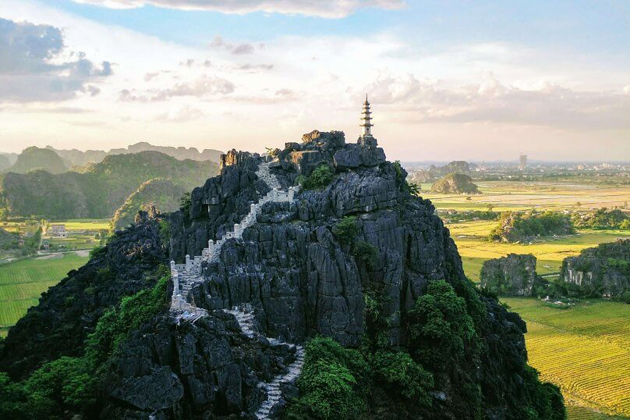 A Special Geography of Vietnam

Vietnam is a long terrain country, stretching about 1650 km from north to south. The geography of the country is an important factor to be considered for the best time to visit Vietnam because even the climate in Vietnam is grouped in the same subtropical and tropical humid climate, there are three variants corresponding to different regions: northern, central and southern Vietnam.

When is the Best Time to Travel Vietnam?

The best months to visit northern Vietnam are October and November because the temperatures are pleasant and it is also the harvest period. The period between March and June is also a good time to visit.

In the plain of the Red River Delta, it is cool for this latitude (average 5°C on Hanoi) and there are some small rains for sometimes of the day. Therefore, there is very little sunshine, but it’s a good time for travelers who do not like the heat and the sun. In the mountains, it can be cold, about 8°C in 1500m above sea level and snow is appearing on the highest peaks. 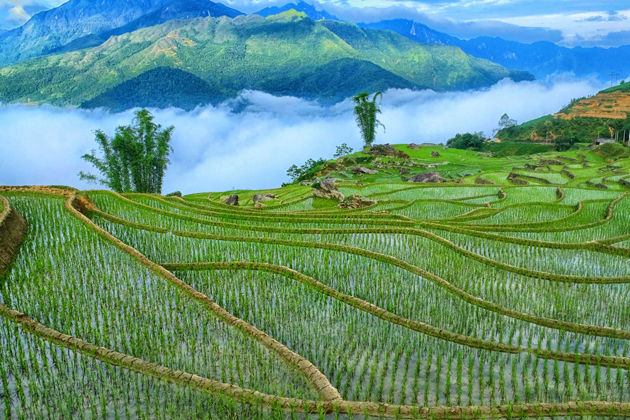 In spring, it is quite sunny and the temperatures increase gradually. The periods of heat waves are observed in May and June.

It is the rainy season, marked by alternating clearings in a very hot and very humid atmosphere with big monsoon showers falling at the end of the day most of the time. These showers can last as long as 5 minutes or up to several hours. 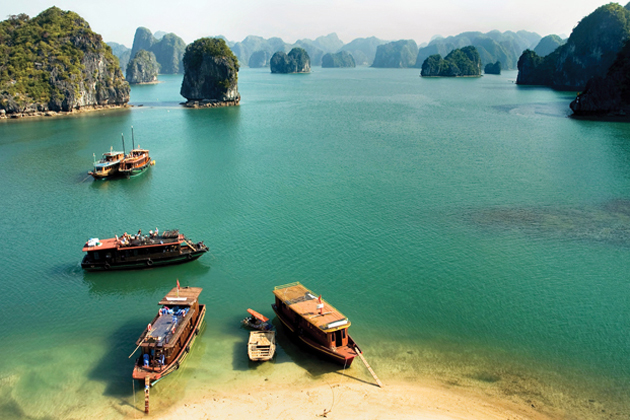 Autumn is considered the most beautiful season in northern Vietnam with sunshine and pleasant temperatures.

In addition, the North is mainly the only region where you can contemplate the famous terraced fields. Remember to bring good clothes for hikes or cool nights in the mountains of northern Vietnam.

The best time to visit central Vietnam is from January to April, avoiding the heavy rainy season and the hot weather. Northern variants are attenuated here (sunny and higher temperatures in the winter and less summer rainfall). Just note two major differences due to climate:

A very high temperature of up to 40°C on a sunny day. However, if you are located in the seaside resorts of Vietnam (Da Nang, Hoi An, Nha Trang), the beach will be your greatest ally to refresh you. 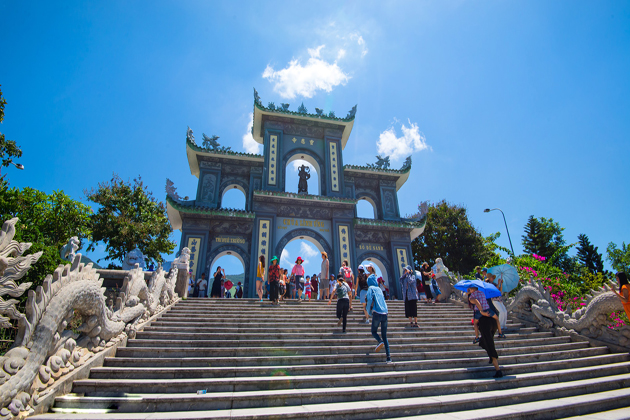 The risks of rain and flood come into play. Hoi An, which is often affected by the floods, is given the name “Venice of Vietnam” during this period.

Inland, the weather is milder thanks to the hills and mountains. The winter is pleasant and sunny, and from May to November, monsoon rains occur with a peak between August and October.

The best time to travel to southern Vietnam is between December and mid-February, but the weather is warm throughout the region and throughout the year. There are two clear seasons.

In the dry season, it hardly rains with a dry heat and the degrees around 39°C at highest in Ho Chi Minh City. It is also the most favorable season for sunbathing on the beaches of Phu Quoc Island on the coast. 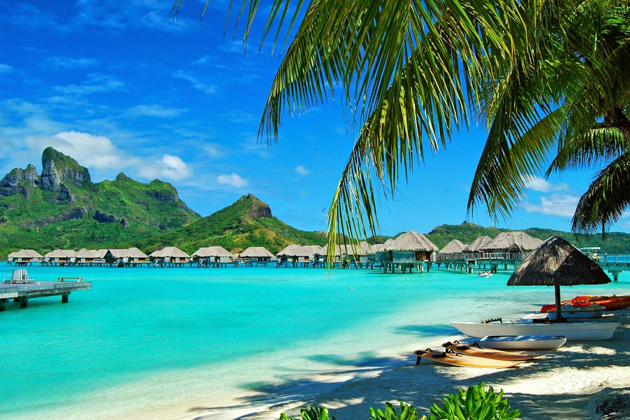 It is the rainy season which the showers are expected every day and humidity at its maximum. It is at this time that the Mekong Delta reveals its abundance of the

Notice on the Monsoon in Vietnam

The country is on the path of typhoons and tropical storms and is particularly affected between mid-July and mid-November. With the modernization of infrastructure and weather alert, there is no serious danger. 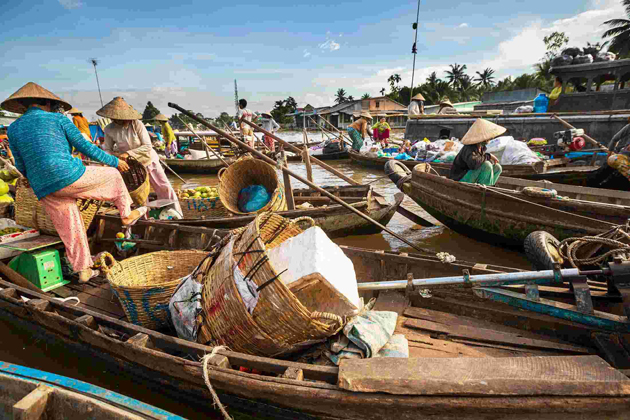 The rainy season is not synonymous with rain all day, rainy monsoon season seems more appropriate, and contrary to what is believed, these rains are nourishing and synonymous with the life in Vietnam.