Cambodia is a friendly and warm country with helpful and hospitable people that can make you love at first sight. However, every country has its own greetings and etiquettes, so does this country. You may need these general greeting and etiquette as Viet Vision Travel listing below for a wonderful Cambodia vacation. 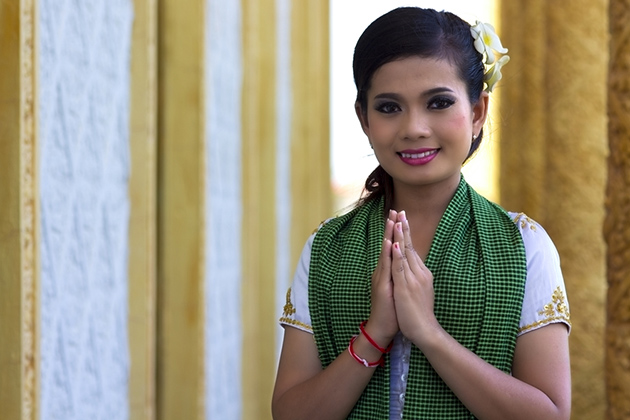 Greeting in Cambodia depends on the relationship between each other. There is a typical greeting called “Sampeah” that you raise your hands at the level of your chest, chin, nose, eyebrows, or overhead that each position is used to show the respect to a different kind of people such as parents, grandparents, older people, and the highest is for “praying to the God”. The traditional greeting is palmed standing by together with the elbows brought at chest level.

In Cambodian society, it is acceptable to ask for the age of the others so that people can know exactly what they have to call who they are talking with. They do not call both brother or sister, aunt or uncle. They always bonus the word “older” or “younger” to clearly define the relationship between each other. The personal name is not used much because it is a little impolite when you say directly the name of anyone, even they are younger than you.
When meeting, people will Sampeah and say “Choum Reap Sur” which means hello in English. And when leaving, they Sampeah again and say “Choum Reap Lir” as the goodbye. It is considered impolite if you receive a Sampeah and not give away one, the same as rejecting a handshake in other countries. 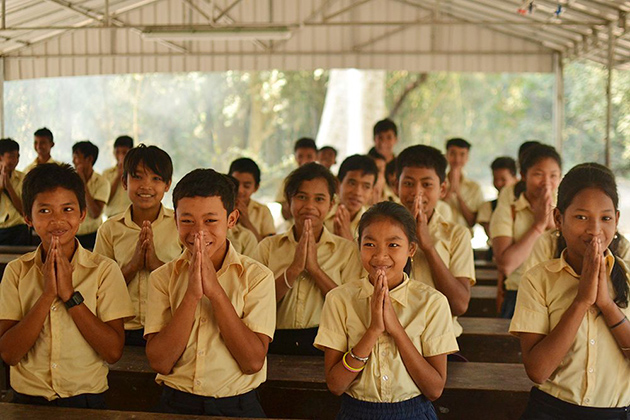 Today, with the heavy cross-culture of Western and Khmer, shaking hands becomes a common way of greeting in business. But women still maintain the traditional greeting, especially with those of the opposite sex. They are not familiar with being touched by other people.

In formal situations, Cambodians call the others with Lok and Lok Srey which sequentially means Mr. and Mrs. before their name. They do not call other’s family names individually that can be impolite to their father or ancestor. Nowadays, the way they use the title also reflects the social class.
While in other more familiar cases, the way they call others is more complicated with many titles including Ta – grandfather, Yeay – grandmother, Po – uncle, Ming – aunt, Bang – brother, and Bang Srey – sister. In this country, calling an older person without the title is considered rude and misbehavior.

Entering temples and chatting with Monks

Cambodia is a Buddhist country that you can meet various monks in many religious sites throughout the territory. The monks not only take care of temples, but they also served as counselors and educators for young people and children. To show your respect for their religion and also avoid trouble in case you make any behavior seem as impolite in Cambodian culture, you must need some tips before entering a temple.

Shoes, sandals, or any other footwears are prohibited in the temple without any exception including the King. People should cover their bodies with long pants and shirts. Colorful clothing and intense perfume are not suitable.

Inside the temple, people sit with legs bent and feet pleated to the side, then Sampeah and bow three times to the floor behind the monks. The monks usually sit on a platform, raised seats, upon a pillow or folded blanket which showing the higher level. Standing when talking to a monk sitting is considered disrespectful. 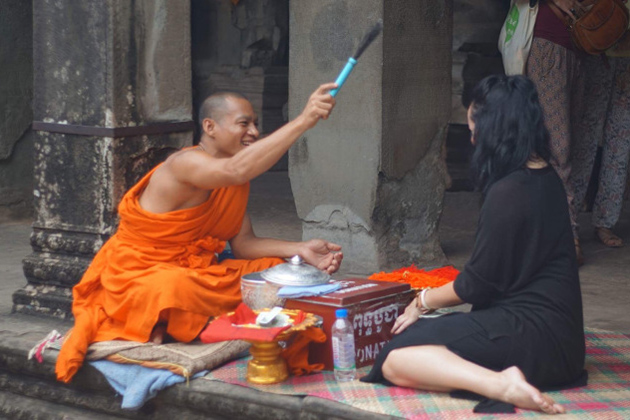 In Cambodia, women don’t have the power as men. They are not allowed to touch or give an object to the monks, even they are the person who gave birth to the monk. The object must be put within reach of the monk instead of giving them directly. If you want to destine food or take a schedule, remember that breakfast and lunch are the only meals of monks, and the food should not be tasted before. In the evening, they can drink water, milk, and tea.

Enter a house, the first thing you should do is Sampeah with a friendly smile. Remember to take off your shoes outside the house and hang your hat on the shelves to show your respect to the host. In case they invite you to sit on bed or mat, you should tuck your feet backward instead of crossing or stretching legs.

As their friendliness, Cambodians always give drinks or food to their guests. You should take a sip of water or taste some fruits for etiquette, even you are not hungry and also thirsty. Refusing can make the host think that you are not interested in the food that they offered.

Touching and patting other’s heads is the extreme taboo due to the belief that the head is the highest part, the center of intelligence, and the spiritual substance of a body. While the feet seem like the lowest part and the most unclean.

Respecting elders is one of the most classical traditions in Cambodia society. When handing an object to elders, people always do with both hands. Never put hands on the shoulder and head of an elder, it is considered as a heavy sin. Wearing hats and eating before the elders are also prohibited.
Cambodian woman is really shy. Don’t act too familiar if you just know them for a short time. A friendly smile is advised in almost all situations both positive and negative. However, same-sex is more convenient to talk. 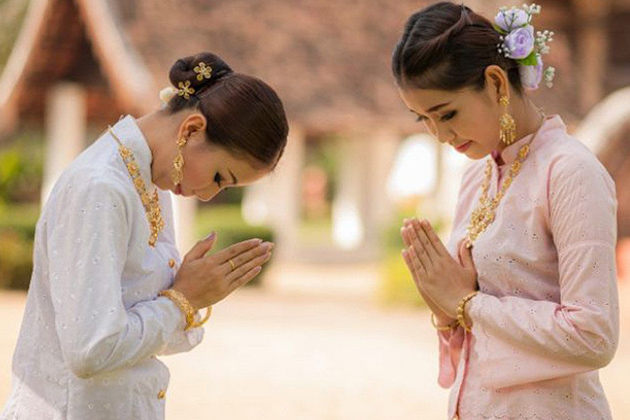