As spectacular as its name sounds odd to Westerners, da cau is a sport that is not familiar in Europe but widespread in Southeast Asia and especially in Vietnam where it was erected into a famous national sport. However, what is da cau? In fact, this sport involves exchanging a shuttlecock using mainly the feet but also other parts of the body except for the hands. It may like a “football badminton “. This sport has been practiced in Vietnam for centuries. The emperors and kings of Vietnam also encouraged their soldiers to play the sport in order to sharpen their agility for the fight thanks to the incredible acrobatics that the players must realize when they practice da cau.

The Practice of Da Cau

Different from the shuttlecock of the badminton, the one of da cau consists of four goose or duck feathers connected to a plastic base mounted spring so that it can bounce on the foot of the player. Informally, da cau is practiced everywhere in Vietnam. You will find da cau players in the streets, parks, or on a piece of sidewalk. The partners get in a circle and exchange the shuttlecock trying not to make it fall often with spectacular gestures. Moreover, if you attend a part of da cau, do not hesitate to enter the circle and make some moves. Vietnamese people always enjoy welcoming and sharing the joy with a traveler. 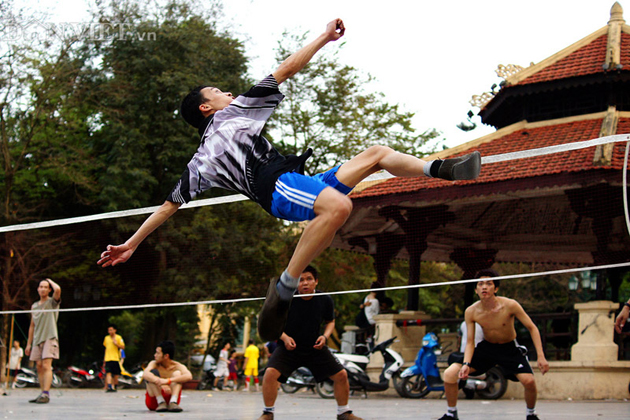 Da cau is also practiced in competition. In this case, the game is played on a field similar to that of badminton and both teams try to send the shuttlecock over a net on the ground of the opposing zone. Since 2003, da cau has been present at the South East Asian Games and a world cup has been organized since 1995. Besides, the following one will take place in 2019 in France! If you have the opportunity, do not hesitate to attend a match.

Where to Attend Da Cau Parties in Vietnam?

In Hanoi, the capital of Vietnam, this game is very popular and is practiced by both sexes with all age groups. The most popular places are the parks. The best known is Lenin Park located not far from the railway station of Hanoi. It is also popular in Ba Dinh square, which is near the mausoleum of Ho Chi Minh. Right in front of Hoan Kiem Lake in Hanoi’s Old Quarter, there is an esplanade with the statue of Ly Thai To, the legendary founder of the Lý Dynasty, where parts of da cau are played. 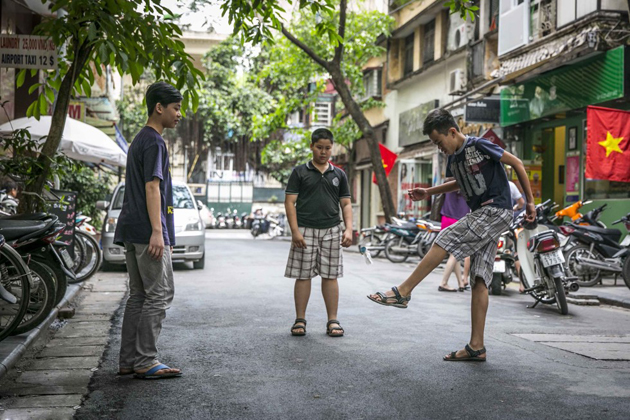 In Saigon, parks are also favored by players. In particular, the most famous place for playing da cau is Cong Vien, which is located close to the Ben Thanh market and all the tourist attractions of Saigon.

An almost copy sport is present in the neighboring countries of Cambodia, Burma, and Cambodia. The notorious difference is that the shuttlecock is replaced by a small woven rattan ball. Its name is Sepak takraw, (Malay-Indonesian Sepak, which means “kicking”, and Thai takraw, “ball”). The Sepak takraw is the king sport in these countries especially in the countryside because this friendly game requires very little skills to practice it. Moreover, the players practice this sport often use barefoot.

In Laos, sepak takraw is known as kataw, in Burma, it is called chinlon, in Cambodia, and in Thailand it is simply called takraw. At the end of last September, Cambodia won the gold medal at the world championships after having eliminated France, where the sport began timidly to make its appearance.

Badminton is a national sport in Vietnam especially in cities where it is practiced at dawn in parks and sidewalks. All generations, men, and women like to practice this sport to keep fit and share a good moment of sports with friends. 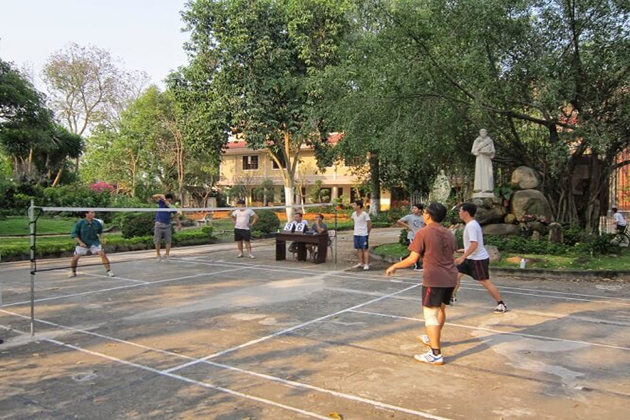 Another popular national sport in Vietnam is volleyball. We like to practice it in the countryside between the villagers after a day of hard work in the rice fields or in the fields. Then, on the village square improvise with a net, a match begins, men and women throw the ball with big bursts of laughter.