The wedding is an important event in Cambodia and can be the biggest one in the whole life of Cambodian women. Viet Vision Travel provides some information about weddings in Cambodia.

The Khmer wedding shows the historical roots of Buddhism many years ago. The original book named “Khmer Wedding Rules” written by Oknha Nov really put the ancient rules to the wedding in the entire country of Cambodia. According to the book, Cambodians perform the songs that one of these reveals the image of God Vesandor Borom Pothisat holding the wedding of his children and some others describing the wedding of God Ream and Seda. 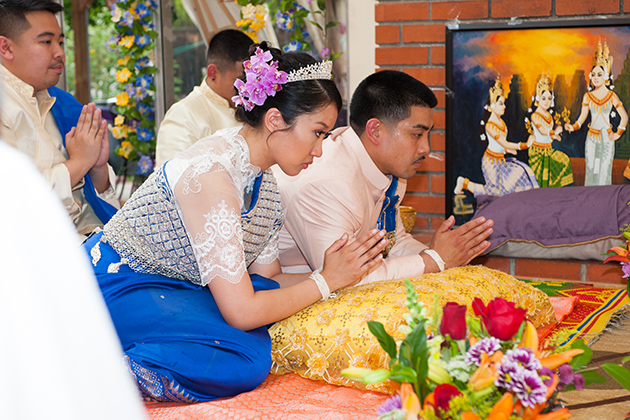 The rules in this book are drawn up by a Khmer King that relates to mythical stories, especially the “Som Sla Kanseng”. The story tells about two men who want to be relative by marriage between their children. They show their promise by asking for betel nuts packed in krama.

Another legend is “the three betel flowers” which describes four men with different skills: swimming, shooting, magic, and fortune-telling. The fortune-teller said that they will meet a girl that all of them will fall in love.

After the prophecy, a big bird swooped down on a girl. The shooting man shot the bird down and the girl falls into the stream. Although the swimmer quickly brings her to the ground, she was just dead. The magic man helps her to revive. Immediately, four men fall in love with the lady. Finally, the Buddha has to judge that the woman will belong to the first person who touched her body – the swimmer. Therefore, the other three men become the father, mother, and brother to bless the swimmer and the lady’s wedding. Since then, the bride and the groom must have three betel flowers for their parents and brothers or sisters.

Weddings are very important in this country. Due to its lack of development, most young people (before the age of 25) get married, and many women, especially in the countryside, marry when they are teenagers. Premarital sex is unacceptable with women, and divorce is rarely seen.

There are differences in marriage between the city and rural areas. People living in rural Cambodia usually match with those who are arranged by their parents. While city Cambodians can freely choose their lovers. 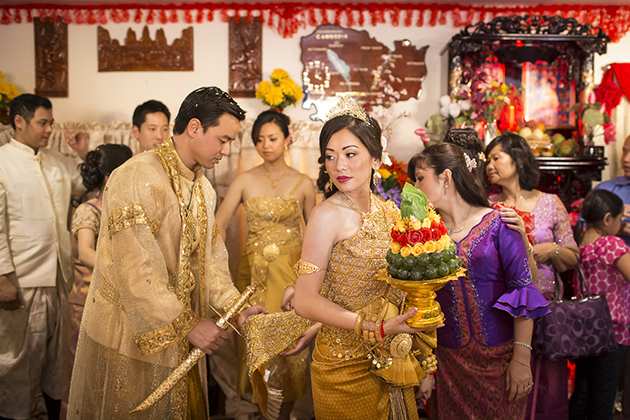 The traditional wedding is a complicated event that can be held for days, usually three days, with some different outfits and make-up style. In case the family is wealthy, the wedding can last a week while the poorer one only has one-day-wedding. However, all the weddings include various ceremonies revealing the mythical Khmer stories.

Instead of closely monitored guests as in the Western, even though you are a complete stranger, they can easily invite you to their weddings with the hope that the event will be as great and impressive as possible.

Tips When Being Invited to Cambodian weddings

Along with the invitation, you will be given an envelope to put the cash as a gift to bless the couple happily forever after and also help a part of the wedding cost. The gift usually around $20 in case you come to a stranger’s wedding, but you should give more if it is the wedding of your acquaintances. 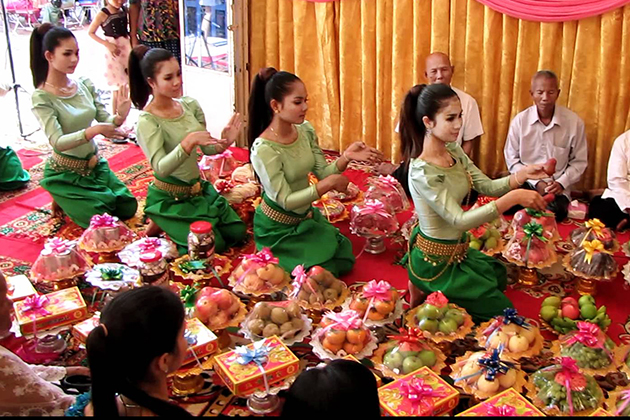 When entering the wedding, don’t be too surprised at the mother-in-law sitting near the reception table, writing down the names of guests. At the end of the event, they will list the amount given by each guest in order to the appropriate amount to give for guest’s weddings in the future.

What about the dress? Guests often dress semi-formally to a wedding. Men wear long-sleeved dress shirts while women prefer skirts or long dresses. Conservative clothes that do not cut off the shoulders are common. Traditional Cambodian dress is usually seen at weddings, but it is not compulsory.

Almost all Cambodia weddings have sit-down dinners with a lot of drinks, especially beer and alcohol drinks. When drinking beer, people will clink their glasses then say together “Chol muoy”. After dinner, they start dancing. Even you don’t know anything about their dance, they always invite you to join in as showing respect to their family, just move your body naturally! 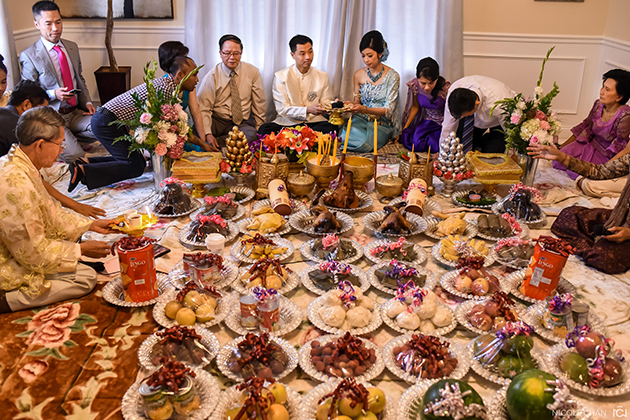 If you are lucky to win their hearts, you can be asked to be in their wedding photos. Remember that you have to accept the invitation. Refusing, in this case, is considered impolite and unwilling, even if you are shy. A photo can carve your friendly image into their mind.