Twenty years ago, Dam Thi Ngoc Tho, then principal of Ho Thi Ky High School, created a stir in the town of Ca Mau at the southernmost tip of the Mekong Delta. Tho announced a school regulation in 1983 to reintroduce the traditional white ao dai as a uniform for girl students. “Ladies and Gentlemen, let us demonstrate beauty and equality in our socialist school,” she told an audience of more than 800 parents. “I believe I’m right. Otherwise, the Communist Party will discipline me.” 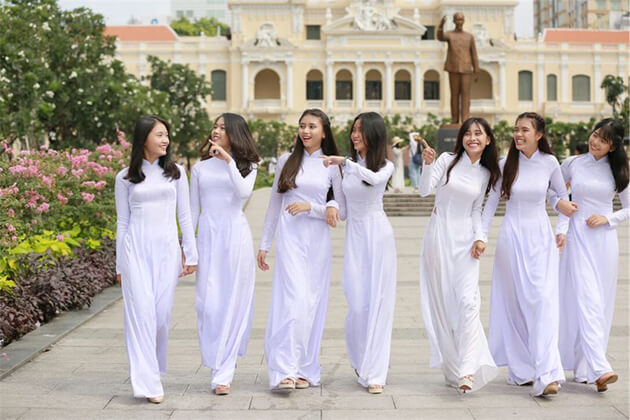 One provincial officer even accused Tho of being bourgeois. He and others believed the ao dai (popular under the former Sai Gon regime) was a remnant of the past. The flowing dress had nearly disappeared after South Vietnam was liberated in 1975. Tho’s critics felt that modern students shouldn’t waste their money on clothing and detergent. Even one of Tho’s best friends expected the decision to be withdrawn within a year. however, after the principal finished her speech, the audience sat silently for a few seconds. Suddenly, everyone started clapping. Tho was so happy that she burst into tears.

Even today, her memories of struggling for the ao dai remain fresh in her mind. She recalls that in 1981, Mrs. Nguyen Thi Binh, then Minister of Education and Training, visited Ca Mau. She advised the teachers to create an equal and disciplinary educational environment for the children. “I had many poor pupils who studied very hard. They wore patched clothes, so they never socialized with their rich schoolmates,” she recalls. 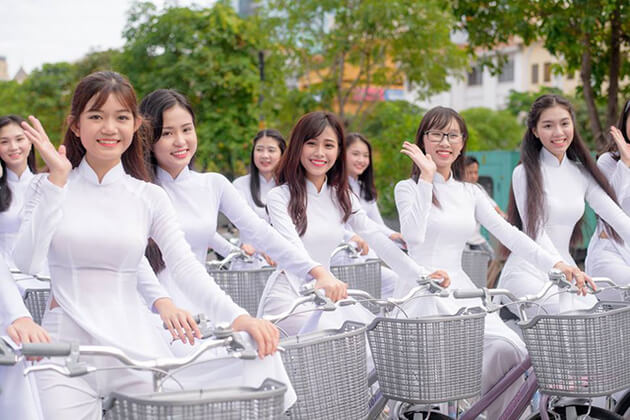 Tho lay awake many nights thinking about the ao dai. In those days, the dress cost little more than the students’ ordinary clothes. One ao dai could last a schoolgirl two years, she reasoned. With such uniforms, her pupils would appear equal, and the school would flourish with beauty.

Tho and her colleagues lobbied intensely before the uniform was actually accepted in the schools. Tho submitted articles to the local newspapers. She explained the benefits of an ao dai uniform and sought the support of local educational authorities. The teachers even wore their own ao dais to set an example for their students. They also met with the students’ parents and asked the latter to save their money to buy ao dais. In some cases, the school’s Trade Union provided dresses for those who couldn’t afford them. 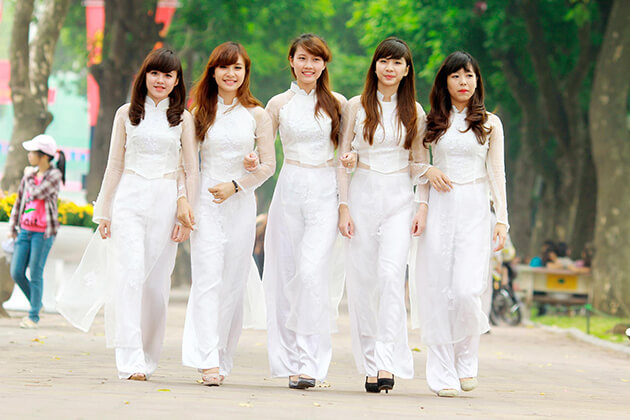 As a result of these persistent efforts, Ho Thi Ky High School approved dress code for the 1983 – 1984 school year. Rumors and criticisms waned. Other neighboring schools began to adopt the same practice. Within seven years, the ao dai was officially recognized as the most beautiful uniform and can now easily be seen in educational tours to Vietnamese schools.