Located in Quang Tri, the goriest battlefield during the Vietnam War, Vinh Moc tunnels used to the accommodation and storage of the Vietnamese People Army against the army of America and Republic of Vietnam. Nowadays, the tunnels are opened for tourists during their Vietnam vacations who want to experience the underground life as well as learn more about the strength of Vietnamese people and the failure of America in the Vietnam War. 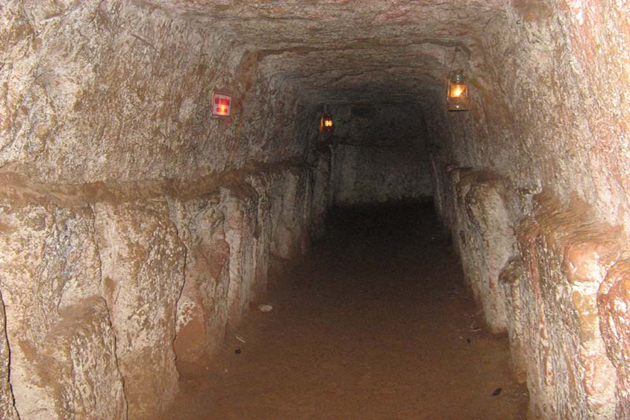 The Location of Vinh Moc Tunnels

Quang Tri had a vital position in the Vietnam War because controlling this land can gain a great advantage. Therefore, when the war occurred in Vinh Moc tunnels from 1969 to 1972, nearly 9,000 tons of bombs were released by the US army. In opposition, the Vietnamese People Army decided to dig “the second Cu Chi tunnels” and chose the location in Vinh Trach Commune, Vinh Linh District (to the North of Ben Hai River).

The Structure of Vinh Moc Tunnels

To ensure the safe and convenient life of hundreds of people live, along the side of the tunnel, people built a lot of apartments. Each one is enough for three to four people to live. Inside the Vinh Moc tunnels, there are three wells, a hall (with a capacity of 50 people), clinic, maternity ward, surgery station, kitchen, rice storage, telephone station… 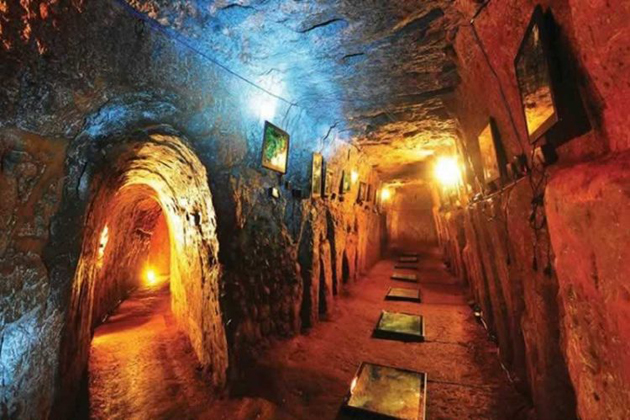 The second floor was 18 m deep and has the function as the living and working place of people, the headquarters of the Party Committee, the People’s Committee and the Military Command. The third floor at the depth of 22 m was used as logistic supply to Con Co island and serves the fighting of the Vinh Moc military.

The Features of Vinh Moc Tunnels

According to statistics, up to 18,000 working days were mobilized to dig the Vinh Moc tunnels in two years. It was dug from 1965 and completed two years later, in 1967 with a total length of more than 2,000 m. Every 4 m has a family apartment, 0.8 m wide, 1.8 m deep, for 4 people. The air made the clay inside Vinh Moc tunnel more and more rigid, so it remains almost its original shapes and looks until today. The tunnel system consists of three levels: the first one is 12 m deep and was used for maneuvers and shelters, the second is 15 m away from the ground, which was used as the accommodations of the people and the last floor at the depth of 23m was used for hiding food and weapons. Even at the deepest level, 23 meters is still 3 meters above sea level, so all activities in the tunnel are still normal in the rainy season. The whole of the system has 13 outlets, including seven gates to the sea, six gates to the hills, each tunnel is considered as a vent. The doors are fitted with anti-collapse timber and are regularly reinforced to prevent landslides. Residents in the Vinh Moc tunnel rarely went out if not necessity.

The Life in Vinh Moc Tunnels

The normal life had existed for many years in the Vinh Moc tunnels full of education, happiness, entertainment, and birth. In order to maintain the race, residents of Vinh Moc tunnels had to live in different tunnels. During the lifetime of the Vinh Moc tunnels, there were 60 children born. The province was inhabited by people during the war with at last 1,200 people living. 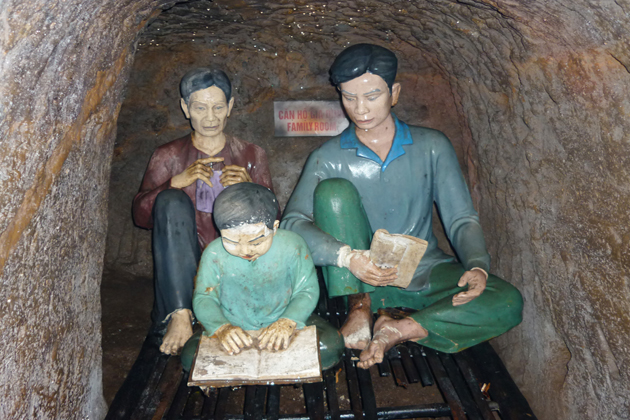 How to Get to Vinh Moc Tunnels

Vinh Moc Tunnels has the location which is 106 km far Hue and 80.3 km far from Dong Hoi City (Quang Binh). There a visit to Vinh Moc Tunnels and Phong Nha Cave in Quang Binh is chosen by a lot of travelers.