In the past January, Son Doong Cave in Quang Binh Province, Vietnam was ranked the third place in the top 11 amazing attractions nominated by the leading tourism magazine Telegraph. Son Doong Cave has recently gained the world’s media thanks to its pristine nature, gigantic space, and mesmerizing landscape. Situated in the Phong Nha – Ke Bang caving complex, the cave is known as the largest natural cave in the world. With its phenomenal magnificence, Son Doong Cave has been an aspiration of many travelers for a Vietnam vacation. 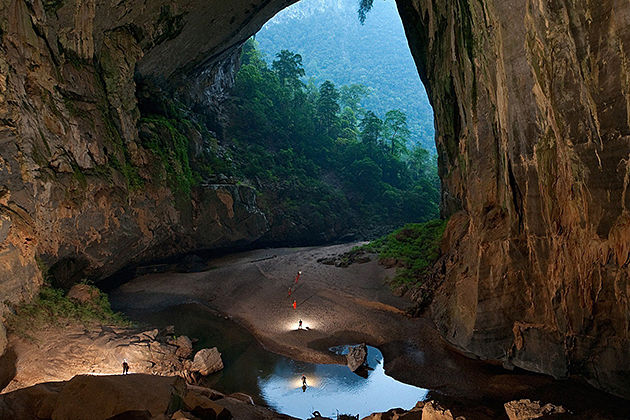 Not just unique because it is so massive, the cave is so huge that it has its own ecosystem and localized weather system. Explorers found out an intact jungle with diverse flora and fauna. Hundred years ago, some parts of the cave collapsed, allowing the sunlight to approach and vegetation was able to grow inside. There are monkeys and flying foxes living in the cave. Scientists have also discovered plant species around Son Doong’s waterfalls which have never been seen before.

February to August is the best time to travel to Son Doong Cave as these months are the dry season in Central Vietnam. The weather from February to April is pleasant and cool to discover the cave systems. From May to August, travelers have to prepare good health at this time is quite hot and humid. Heavy rains make Son Doong Cave expedition largely infeasible after August.

For foreign travelers, the adventure in Son Doong Cave in four days takes 3,000 USA. The price us that much because to serve a Son Doong Cave tour of ten passengers, there needs tremendous supports of over 30 people. They are caving experts, safety experts, and porters bringing supplies and cooking. 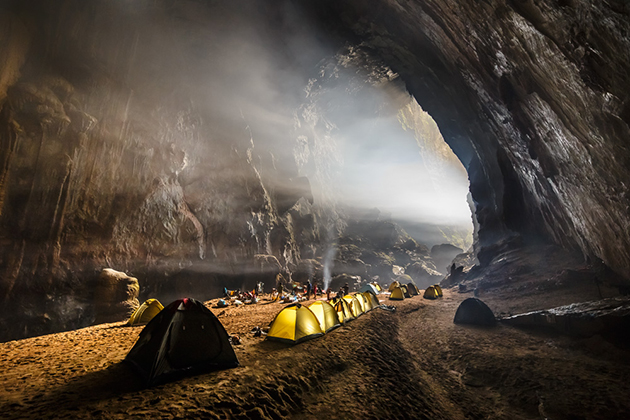