Saigon was the capital of South Vietnam Puppet Government and the hotbed of political as well as social events throughout the Vietnam War. Three photographs about them have been rewarded Pulitzer prize as they are the clear proofs proving the crimes of war. Relive the moments of the past and understand more about the Vietnam War by visiting all of these five incredible historical sites in our 5-day Vietnam school trip or other tailor-made Ho Chi Minh City day trips, as well as Vietnam tours and listening to the untold stories behind them.

One day before Saigon controlled by Vietcong, its inhabitants tried to make one last attempt to escape from the city at the last hours of the Vietnam War. The helicopter landed on the rooftop of CIA building to pick up as many people as possible. This amazing photo captured the ambiance of panic and desperation of Saigonese who were fearful of being judged by North Vietnamese Forces for their crimes. The helicopter never returned then to collect the left ones and they had to see “the fall of Saigon” – the independent day of Vietnam one day after. 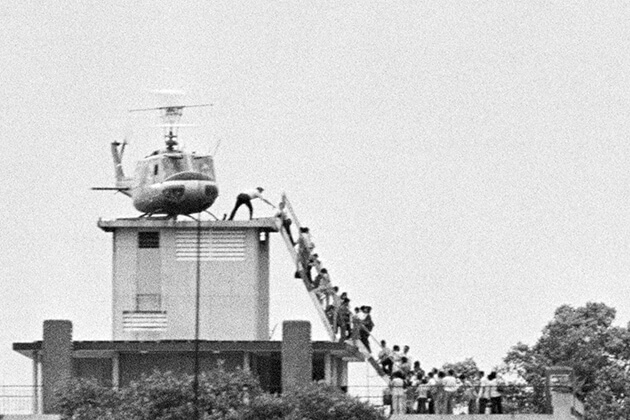 Today, the building is a residential place located at 22 Ly Tu Trong Street (opposite Vincom Shopping Center). In case you can not access the site, you may have a closer view from Secret Garden restaurant at 158 Pasteur street. 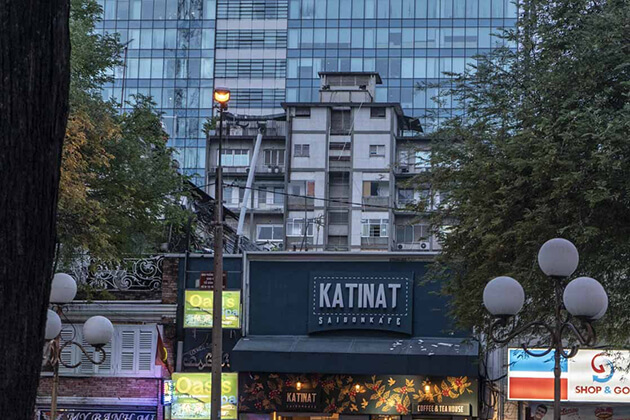 The reunification palace was the heart of the South Vietnam Government as well as the first target of Vietcong forces. The moment when its front gate was crashed by the tank carrying the flag of independence and freedom marked the official end of the puppet government and opened a new era of development for Vietnam. 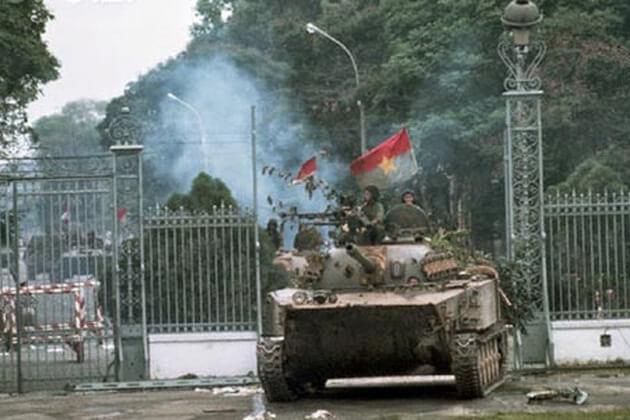 The Reunification Palace is widely welcome tourists all over the wall. Although the ruined gate was replaced by a new one, the tank 390 appearing in the photo has been displayed at the palace ground. 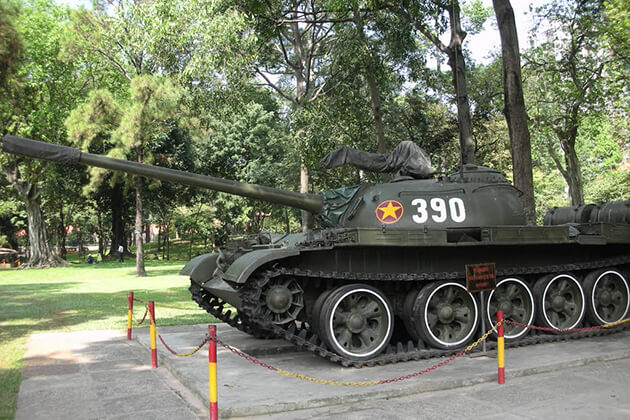 The photo was captured a few seconds before the Vietcong soldier shot by the Saigon officer. It has been a reward Pulitzer Prize for one of the most graphic, enduring, and violent scenes of war. 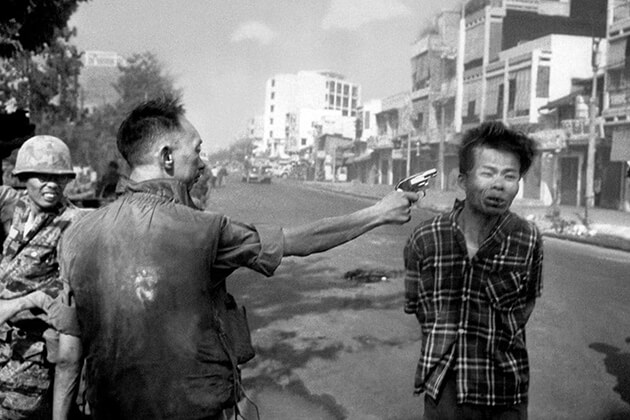 After years discovering the location of this execution, no. 197 Ngo Gia Tu, District 10 is the exact place of the brutal event. 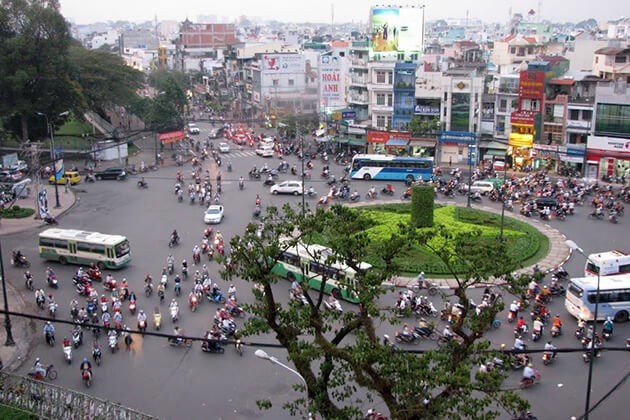 Thich Quang Duc was a Buddhist monk burning himself to show the opposition to the prosecution of Buddhism caused by the South Vietnam Government and President Ngo Dinh Diem. Great pressure from the world after this sacrifice made Ngo and his government find a conclusion to this crisis. “no news picture in history has generated so much emotion around the world as this one” said US president John Kenedy. Its photographer won a Pulitzer Prize in 1964. “I was standing about 20 feet to the right and a little in front of Quang Duc. I clearly saw him strike a match in his lap, and with a slight movement, touch the robes at lap level.” captioned by the photographer Malcolm Browne. 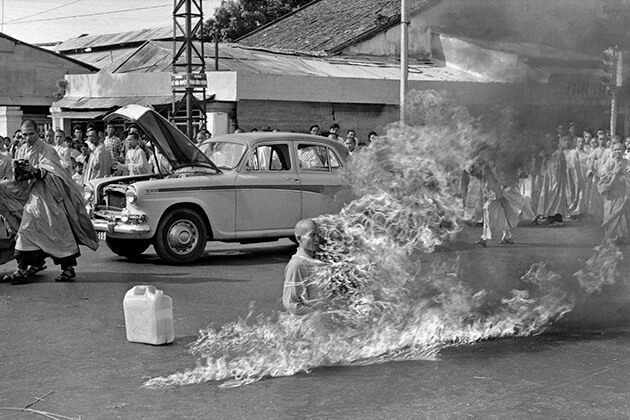 The photo was captured at the intersection of Nguyen Dinh Chieu Street and Cach Mang Thang Tam (August Revolution). A statue of Thich Quang Duc was constructed here to show the gratefulness of Vietnamese people. 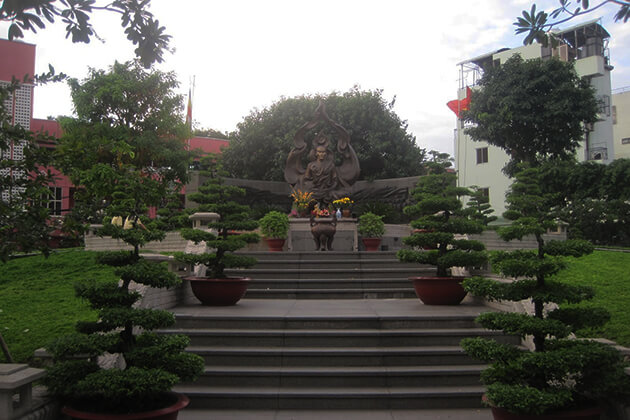 The photo is instantly recognizable and highlights the extremely brutal Vietnam War. A young girl whose village was destroyed by the US Air Force in a napalm attack tried to reach the safe zone. But an air pilot mistakenly attacked the escaping group and killed two of the girl’s family members. The children were also badly burned by a Napalm bomb. 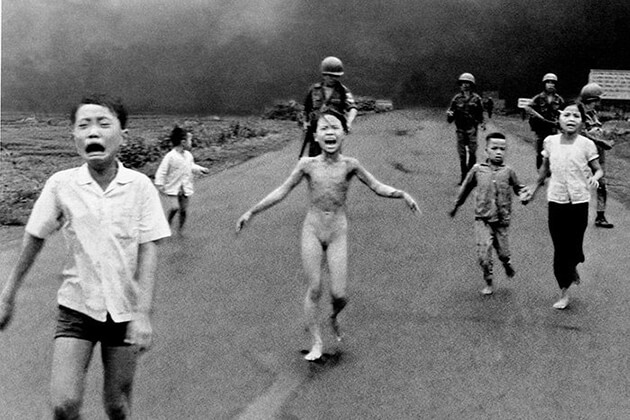 This most harrowing image of the war appeared in the New York Times and attracted immediately the attention of the world. The photographer earned a Pulitzer Prize and World Press Photo of the year in 1973 then. A documentary called “The Girl in the Photo” was released by Denise Chong telling us about the life of this Napalm girl.

The location of the picture is in Tay Ninh Province, 40km from South Saigon and next to a Cao Dai Temple. 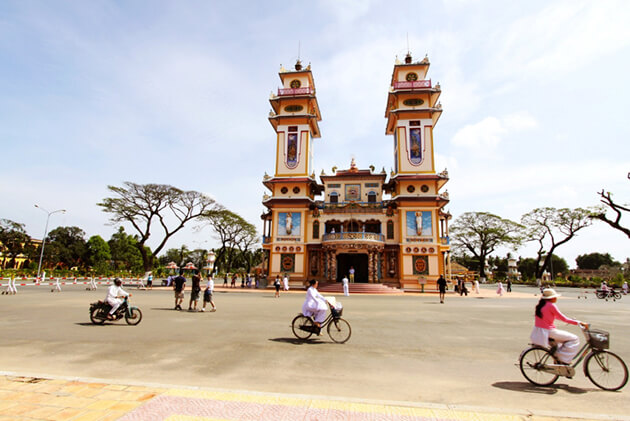