It’s true that you can travel to Laos all year around. However, the best time to explore the land of million elephants is from November to January when the daily temperature is quite warm and the rural landscape is stunning with green rice field and lush after the rains. If you take your Laos tours during this time, you will have a chance to soak into a ton of colorful festivals to know more about the unique Lao culture. Because of not being affected by the sea, the weather of this country is relatively straightforward compared with many other Asian countries. The climate of Laos is split into 2 main parts which are dry seasons (November to April) and wet seasons (May to October). The dry seasons are divided into the cool dry season and the hot dry season. The cool dry season is from November to February and is one of the most popular times to visit Laos. The hot dry season runs from March to April. Although the temperature throughout the country is quite high all year round, sometimes it can drop to freezing point in the mountainous area. 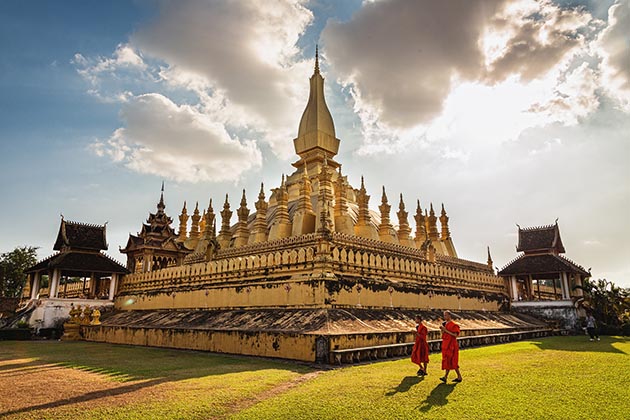 In Laos, the wet season runs from May to October. If you visit this country in moon soon season, you will run across a downpour for a few hours almost every day. Although the rainy season tends to hit Laos pretty much uniformly, there are some regional oddities. For example, the wet seasons often strike Phongsali a little early because it catches a bit of rain from southern China, while Hua Phan and Xieng Khuang tend to get a little early rain from Vietnam. This time has many advantages such as lower temperatures, fresh air, and smaller crowds. 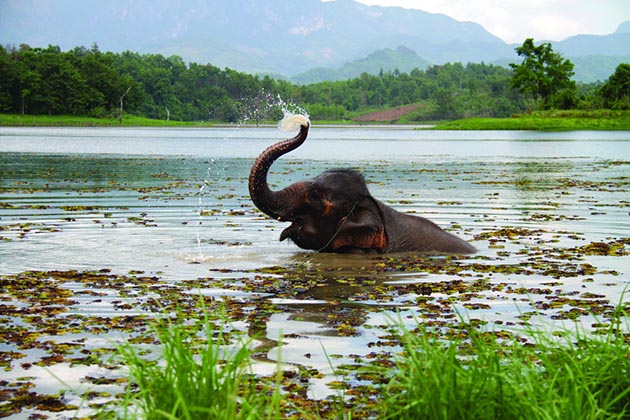 There are two distinct sub-sections which are the cool dry season and the hot dry season. The cool dry season is from November to February and is one of the most popular times to visit Laos. The hot dry season runs from March to April. Note that, traveling to Laos during the hot dry season, tourists will feel annoyed by smoke when farmers set fire to rice stubble and degraded forest to improve soil fertility in preparation for a new rice crop. It not only will ruin views and photos but also become really irritating to the eyes. Thanks to the low temperature and clean air, the cool dry season, particularly in November and December become peak season for travelers. In addition, the rivers are high enough to make river travel a breeze. 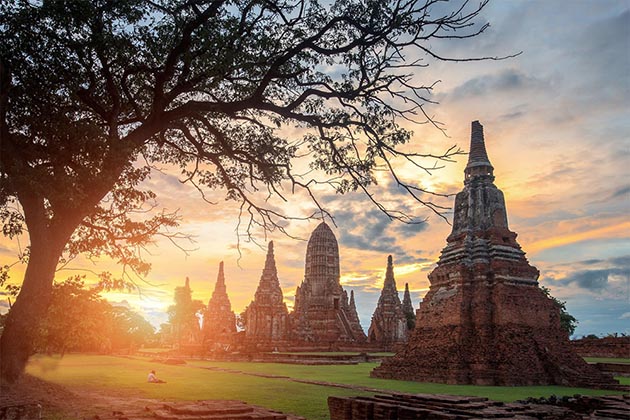 Surrounded by jungle and ‘cut through’ by the flow of the Mekong River, Luang Prabang enjoys warm weather year-round with temperatures ranging between 15°C and 38°C. Because of the typical tropical monsoon climate and tends to be cooler than destinations further south.

Affected by the tropical climate, Luang Prabang weather is divided into the dry season and the wet season. The dry season is divided into two halves, with the latter months being the hottest. December and January are two coldest months of the year. In these months, temperatures fluctuate around 17°C and it can be chilly at nights and in the early mornings, while in April and May, it can peak as high as 31°C+.

If you travel to Luang Prabang during the wet season, you will see heavy downpours for short periods, most commonly during the night or early morning. However, the rain often lasts in one or two hours. Note that, in August and September the rainfall can be more prolonged. 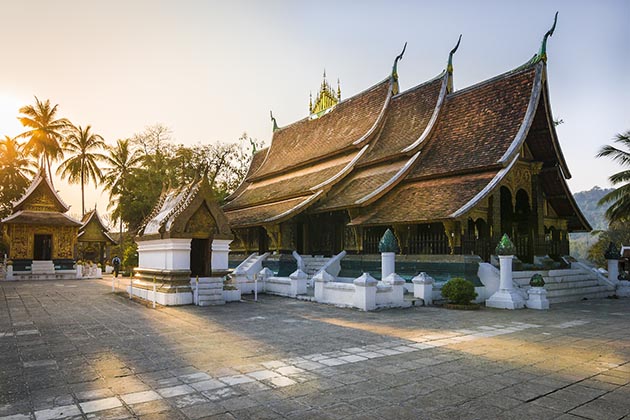 If you have a plan to visit Luang Prabang, you should take your tour from November to March when the weather is more comfortably dry and cool. Make sure that, you book ahead if you travel in festivals season.

In Vientiane, the temperatures range from warm to hot. It becomes humid when the rains mark the start of the southwest monsoon season in May or June. The annual rainfall of this capital is about 1300 millimeters.  Note that, the Mekong River may get flooded during the wettest months of August and September, so you need to choose the suitable time to take a boat trip along the river. Rainy conditions often continue through to the end of October, then it becomes drier and cooler. In November and February, the weather is quite comfortable with sunshine. The temperature will rise in March, April, and May. 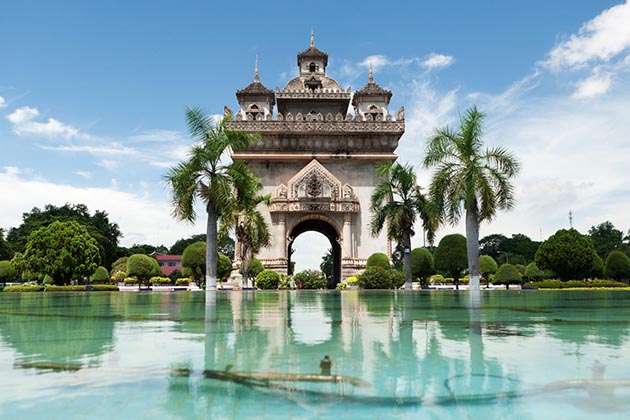 Best Time to Travel to Vientiane

The best time to visit Vientiane or the peak tourist season is from November to March. Although April is extremely hot, if you travel to Vientiane at this time, you will have a chance to enjoy the New Year’s water festival with locals.