Hanoi is divided into four main sectors: Hoan Kiem, Ba Dinh, Hai BaTrung, and Dong Da. Metropolitan Hanoi includes a number of outlying areas that were once provinces, but as the population expands in number and large-scale development seeks new land, the city’s perimeter widens.

Make Friends with Vietnam Heritage
Friends of Vietnam Heritage (www.fvheritage.org) is a group of Hanoi residents and expatriates who get together to celebrate Vietnamese culture and history in informal gatherings in the hopes of preserving its rich tapestry and introducing it to the uninitiated. They hold events, show films, and host special lectures, in addition to offering many group meetings: a pottery group, a museum group, a cultural history and civilizations group, a traditional medicine group, and a Buddhist group, among other informal gatherings. The organization has published a few useful guides to local temples and pagodas, and sponsors a small meeting room and free lending library at 63 Ly Thai To St. which is open from 9am to 5pm Monday through Friday. It’s a great way to connect with some friendly and very engaged Hanoi residents and expatriates.

The Neighborhoods In Brief 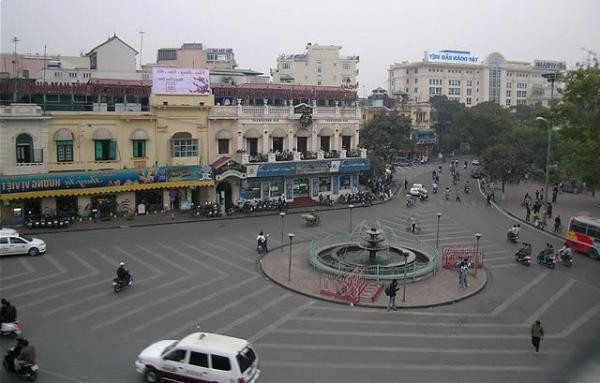 Hoan Kiem District Most foreign visitors to Vietnam spend their time in the heart of Vietnam’s ancient capital, Hoan Kiem District. Between the shops and restaurants around busy central Hoan Kiem Lake, the very lungs of the city and the most popular strolling spot in town, and the Old Quarter, there is wandering aplenty. Most of the prewar colonial buildings in this area are still intact, even if exteriors are faded and crumbling or being encroached on or crowded out by newer concrete construction. Hanoians are getting hip to the historical cache they have in this district, and you’ll find more and more buildings being preserved for the public, whether as restaurants or as tour. In and among the Old Quarter’s busy streets, you’ll find the guildhalls of each individual trade once practiced there, as well as community halls and Chinese temples tucked behind ancient willow trees and down quiet alleys. Hoan Kiem hosts a number of markets, including Dong Xuan, the city’s largest. The southern edge of Hoan Kiem District is the French Quarter, where streets were reordered under French rule. Here you’ll find the old Opera House and a number of museums. On the western edge of Hoan Kiem, you’ll see a number of important pagodas, including the city’s most prominent, Quan Su, as well as the famous prison the Hanoi Hilton, now mostly replaced by an office complex. Traffic in this busy district is about as busy as it gets. 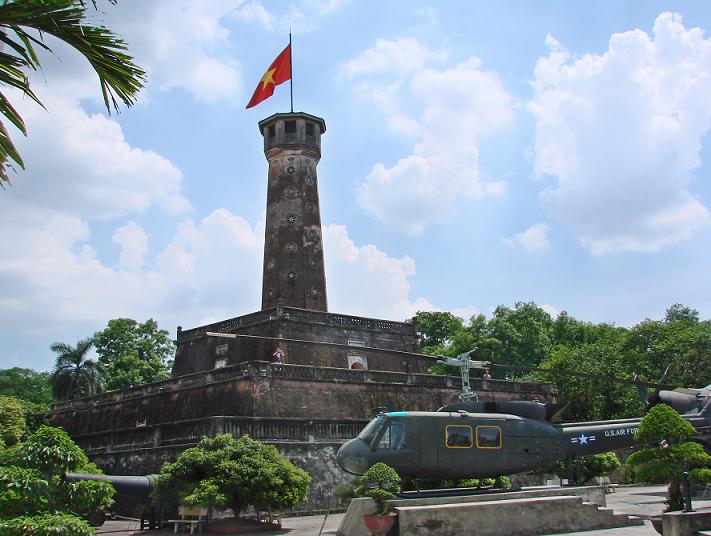 Ba Dinh District The farthest northwest sector of Hanoi, Ba Dinh begins at the line demarcated by the train station and train line running north-south through the city. This is where you’ll find the Hanoi Citadel, now rebuilt and housing the Ho Chi Minh Mausoleum, as well as his house and an adjoining museum. The nearby One- Pillar Pagoda is one of the city’s oldest, dating from the 11th century. The Army Museum and Fine Art Museum are also in Ba Dinh. 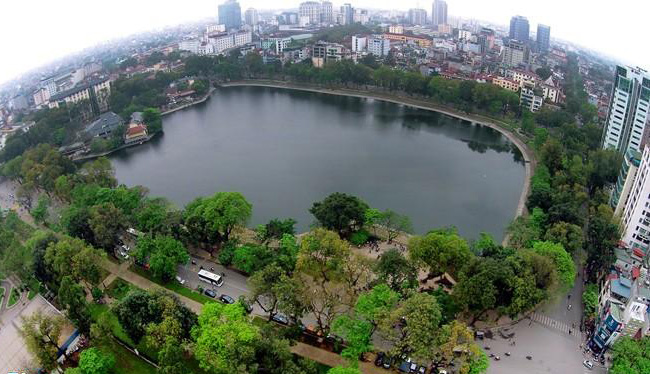 Hai Ba Trung District Once where foreign visitors were more or less sequestered (or limited to), this area to the south of Hanoi is where you’ll find Thong Nhat Park (formerly Lenin Park). 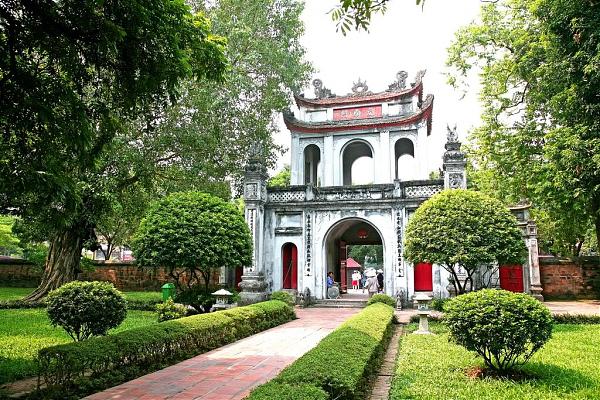 Dong Da District Where Quang Trung, one of the leaders of the Tay Son Rebellion, defeated the Chinese the event is celebrated every year during the Tet holiday Dong Da is also home to the city’s Van Mieu Temple of Literature, the home base of the Mandarins who once governed Vietnam.