Dusty Koh Kong is better known for its brothels, casinos and ‘Wild West’ atmosphere than for lying at the heart of a protected area with national park status (granted by Royal Decree in 1993), It is also often confused with its beautiful offshore namesake Koh Kong Island.

Koh Kong is the most southwestern province of Cambodia. It is one of the biggest provinces in the whole country with a long undeveloped coastline and a mountainous, forested and largely inaccessible interior, which embraces part of the Cardamom Mountains, the biggest coherent rainforest of Southeast Asia. Its tourist attractions include abundant wildlife; big waterfalls and casinos on the border to Thailand, while an Export Processing Zone and new port facilities are being developed for international trade. 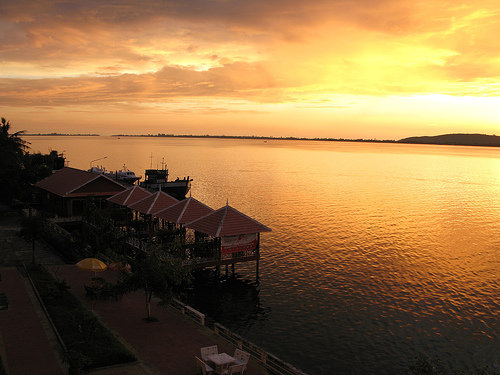 The area remains relatively inaccessible but over the next few years it is anticipated that ecotourism operators will flock to the area. For now, it is best to make short trips into the park as the area is sparsely populated and heavily mined (so stay on clearly marked paths). Take a motorbike (with an experienced rider) or a boat. The latter option is more convenient in Koh Kong. There are usually several men with boats willing to take the trip down the Mohaundait Rapids, cutting through the jungled hills and wilderness of the Cardamoms. 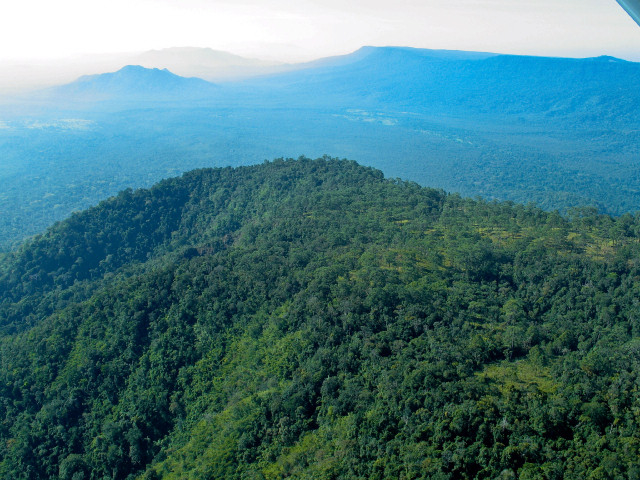 Cambodia’s Central Cardamoms Protected Forest, One of many protected area in Cambodia

In 2002, the government announced the creation of the Central Cardamoms Protected Forest, a 402,000-ha area in Cambodia’s Central Cardamom Mountains. With two other wildlife sanctuaries bordering the park, the total land under protection is 990,000 ha – the largest, most pristine wilderness in mainland Southeast Asia. The extended national park reaches widely across the country, running through the provinces of Koh Kong, Pursat, Kompong Speu and Battambang. Considering that Cambodia has been severely deforested and seen its wildlife hunted to near-extinction, this park represents a good opportunity for the country to regenerate flora and fauna. The Cardamoms are home to most of Cambodia’s large mammals and half of the country’s birds, reptiles and amphibians. The mountains have retained large populations of the region’s most rare and endangered animals, such as the Indochinese tigers, Asian elephants and sun bears. Globally threatened species like the pileated gibbon and the critically endangered Siamese crocodile, which has its only known wild breeding population here, also exist. Environmental surveyors have identified 30 large mammal species, 30 small mammal species, more than 500 bird species, 64 reptile species and 30 amphibian species. Conservationists are predicting they will discover other animals that have disappeared elsewhere in the region such as the Sumatran rhinoceros. With virgin jungles, waterfalls, rivers and rapids this area has a huge untapped ecotourism potential. However, tourist services to the area are still quite limited. 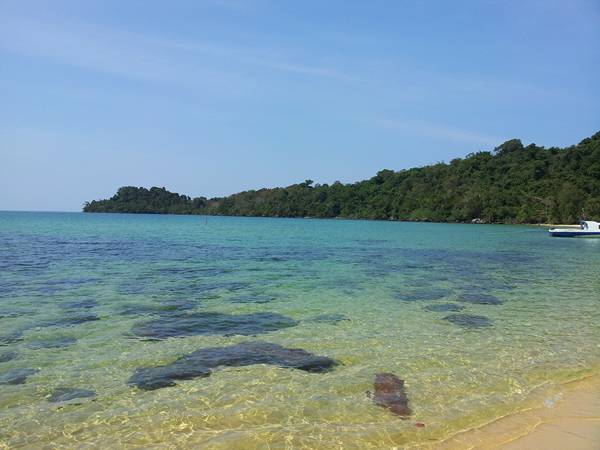 The island (often called Koh Kong Krau) is arguably one of Cambodia’s best. There are six white powdery beaches each stretching kilometre after kilometre, while a canopy of coconut trees shade the glassy-smooth aqua waters. It’s a truly stunning part of the country and has been ear-marked by the government for further development, so go now, while it’s still a little utopia. There are a few frisky dolphin pods that crop up from time to time. Their intermittent appearances usually take place in the morning and in the late afternoon. You could feasibly camp on the island though would likely need to bring all supplies with you, including drinking water.

Background of Hanoi, The Capital of Vietnam