Vietnamese food could be one of the best foods in the world. As a long country food in the north, center and south is different in general. The North – Hanoi’s food tends to be neutral. The food in the center (Hue, Da Nang, Hoi An) is hot and the southern food (Ho Chi Minh, Mekong Delta…) is sweet.

Like so much else in Vietnam, the cuisine reflects long years of cultural exchange with China, Cambodia and, more recently, France. As elsewhere in Southeast Asia, rice is the main staple, though bread – especially baguettes introduced by the French – is ubiquitous and usually very good. Dishes are generally served at the same time rather than by course, and eaten with long-grain rice, “nuoc mam” or fish sauce, and a wide range of fresh herbs and vegetables. Meals are generally eaten with chopsticks or, if European food, with knife and fork. 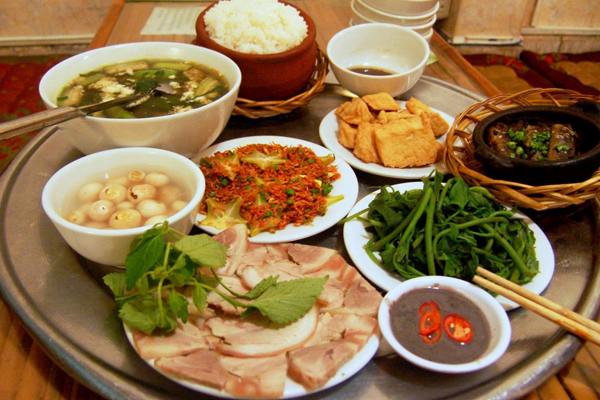 The more popular Vietnamese dishes include cha gio (known as nem Saigon in the north): small ‘spring rolls’ of minced pork, prawn, crab- meat, fragrant mushrooms and vegetables wrapped in thin rice paper and then deep fried. Cha gio is rolled in a lettuce leaf with fresh mint and other herbs, and then dipped in a sweet sauce.

Chao tom is a northern delicacy: ground up shrimp is baked on a stick of sugar cane, then eaten with lettuce, cucumber, coriander (cilantro) and mint, and dipped in fish sauce. Another dish eaten in a similar fashion is cuon diep, or shrimp, noodles, mint, coriander and pork wrapped in lettuce leaves.

Hue is famous for its vegetarian cuisine as well as for its banh khoai, or ‘Hue pancake’. A batter of rice flour and corn is fried with egg to make a pancake, and then wrapped around pork or shrimp, onion, bean sprouts and mushrooms. Another popular Hue specialty is bun bo, or fried beef and noodles served with coriander, onion, garlic, cucumber and chilli peppers. 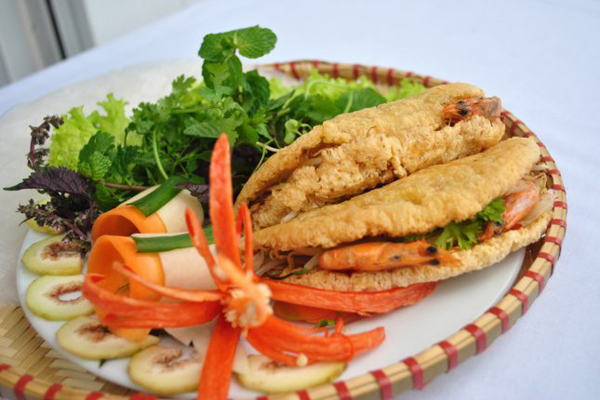 Hue is also famous for Royal meals and the food here is decorated very well with the shapes of dragons, phoenix…A special Royal Meal could be arrange at some good restaurant in town.

Perhaps the best known of all Vietnamese soup dishes is pho, a broth of rice noodles topped with beef or chicken, fresh herbs, chili and onion with a squeeze of fresh lime. Pho is generally served with quay – a fried piece of flour dough.

Fruits, Desserts and Drinks
A wide range of fruit is available, including many lush tropical fruits such as mango, custard apple, sapodilla, durian, pineapple, star fruit, and rambutan. More temperate fruits such as apples, cherries and strawberries can be found in the north.
Bottled fresh water, canned and bottled soft drinks and a wide range of canned beers are available throughout the country. French and Australian wines are becoming increasingly popular, especially at French restaurants. Local rice liquors are cheap but potent. 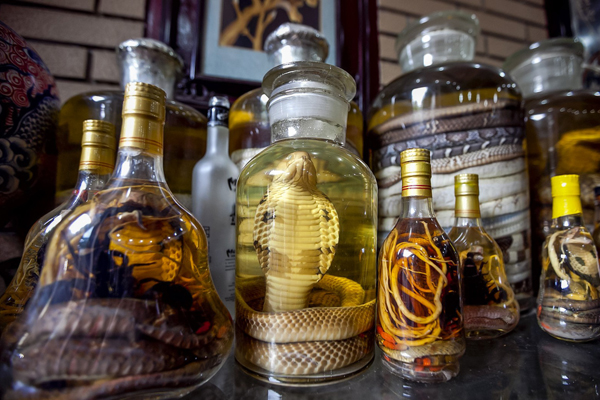 A Universal Condiment
Ubiquitous in Vietnamese cooking is the use of fish sauce called nuoc mam. Set on every table like salt in Western countries or soy sauce in China, nuoc man is used as an ingredient in many dishes, but is also combined with other ingredients as a condiment called nuoc cham. Every domestic kitchen or restaurant has its own formula, but usually the dipping sauce consists of chilli, lime juice, garlic, sugar, and pepper. This is used as a dipping sauce for a variety of snack-type foods. The fish sauce has something of a pungent oroma and flavor that can be an acquired taste, but it is a definite complement to the subtle flavors of a cuisine which is, by and large, not too spicy. Manufactured in coastal cities, especially Phan Thiet, the fish sauce is made by fermenting anchovies and salt in large wooden barrels for about six months. 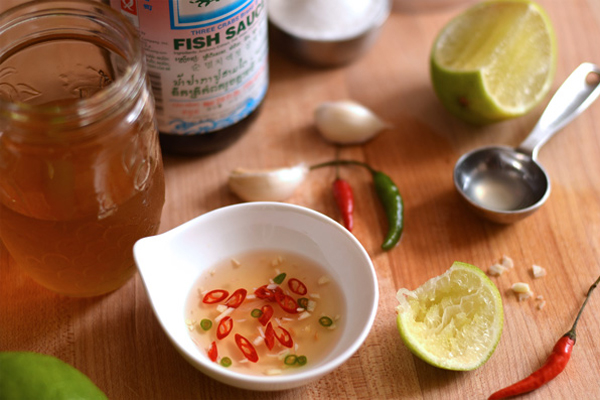