“Bun cha” is a popular and traditional dish of Hanoian. Many people and visitors hardly forget its taste after trying once. It is easy to see the small vendors which offer this delicious dish in many corners of Hanoi streets and alleys every day, even in bad weather. However, only a few of these restaurants still preserve a long history of maintaining and processing for many generations.

Dac Kim is a small restaurant at Hang Manh Street in the center of Hanoi Old Quarter. Standing at the beginning of Hang Manh Street, Dac Kim has become a familiar address of the foreign tourists to enjoy Ha Thanh cuisine when traveling in Hanoi. Because of limited area, customers have to sit on sidewalk during the meal time.
Dac Kim was named follow the first owner of the restaurant in 1965 and still be remained until now by next generations in the family. They are very picky to select ingredients such as pork, vegetables, fish sauce. All make particular taste of “bun cha” Dac Kim and become a symbol of Hanoi cuisine. 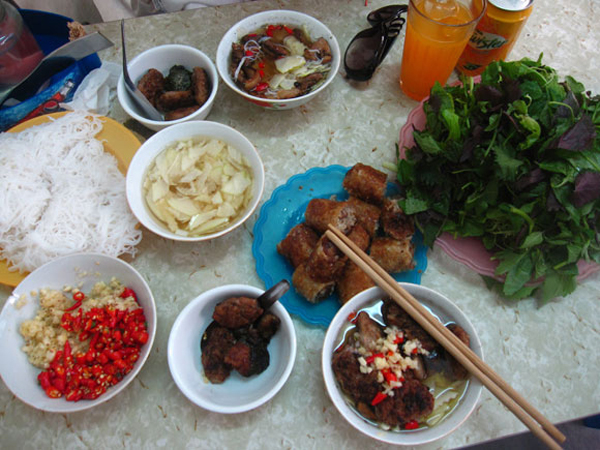 With 20 years of experience, “bun cha” Duy Diem became a nice place to enjoy “bun cha” in Hanoi. Driving through crowded Ngoc Khanh streets, you are often attracted by the smell of grilled pork from some restaurant on the street. In opposite of back gate of Giang Vo Exhibitions, there are many “bun cha” restaurants and very close. However, “bun cha” Duy Diem is the most special destination with over 20 years experiences with its own flavor. The restaurant is highlighted with good taste of grilled pork, particular sauce with generous and clean space as well as good services.

Located at Nguyen Khuyen Street, “bun cha” Sinh Tu has been a familiar destination with Hanoi people in the past. The name of the restaurant was derived from the old name of the street from over 40 years ago, but still well-known with delicious taste. “Don’t share secret way to make sauce” said the owner. The owner just share the most important things to make a delectable dish is stage of ingredients pick. They must choose fresh pork and then mix with secret ingredients. There is a “fake” restaurant with the same name as “bun cha” Sinh Tu, you should be careful when picking the right one. 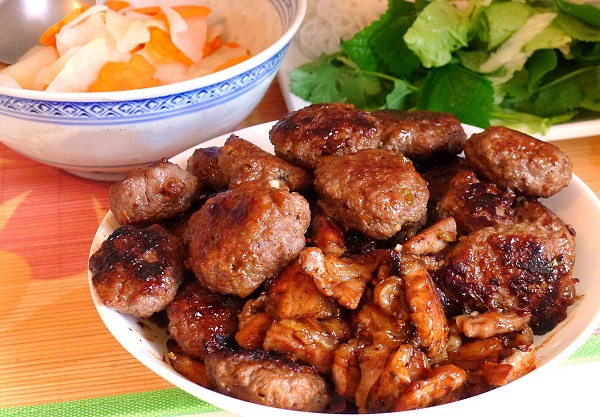 “Bun cha” Lien Huong situated near Thi Sach – Le Van Huu – Ngo Thi Nham Street. Lien Huong is famous for over 20 years experiences and unique taste. The sauce of “Bun cha” Lien Huong is moderate mixed between the sweetness and the fresh of pork. Especially, the pieces of grilled meat are sort, sweet, which is an advantage of this restaurant. It attracts many people and tourists to savor tasty “bun cha” in clean and spacious restaurant, good services and special flavor. 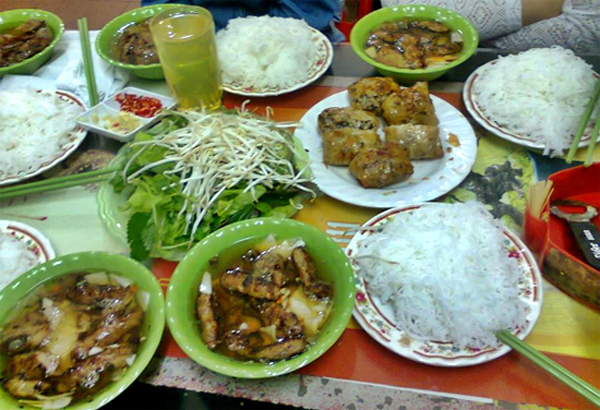 Bun Cha Huong Lien served with spring rolls on side

Top 10 Dishes You Should Try When Traveling in Hoi An