Religion in Vietnam influences every aspect of daily living but is loosely practiced at a temple. Over 75% of Vietnamese follow a mix of Confucianism and its tenets of ancestor worship, as well as Buddhism and Daoism.

Buddhism came to the region via China in the 2nd century A.D., a form of Mahayana Buddhism, or “The Big Vehicle,” in which the belief is that all sentient beings will attain enlightenment en masse. There are some pockets of Theravada Buddhists, mostly among ethnic Khmer communities in the south, who are proponents of the “Small Vehicle” belief inherited from India via Thailand and Cambodia in enlightenment on a person by person basis. Daoism, a Chinese traditional belief in the harmony of nature, also influences belief, and a small sect of Hoa Hao Buddhists believes strongly in ancestor worship. 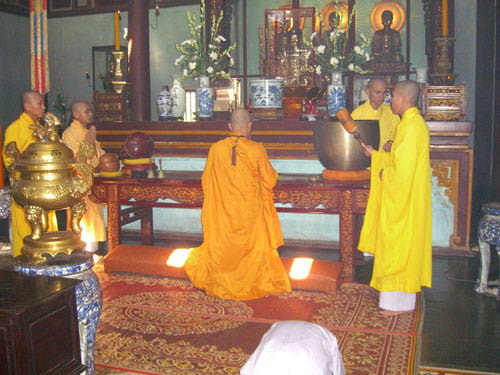 Buddhist monks praying in a temple in Hue, Vietnam

Only a small percentage of Vietnamese are Protestant, but Catholicism came ashore with missionaries as early as the 17th century and found a firmament in Vietnam that lasts to this day, particularly in the south (in fact, after the withdrawal of the French and partitioning of the country at the I7th Parallel, the majority of northern Catholic fled south). There are a number of Catholic vestiges in the Central Highlands and far north where missionaries did some of their hardest work, and devotion to this day, now led by a Vietnamese bishop, is still strong. Every city has a Catholic cathedral, and church services are well attended and quite fervent.

Unique is the Cao Dai faith, a home grown religion that embraces all faiths and philosophies, and even ranks scientists like Pasteur as saints. There are more than two million Cao Dai worshipers in Vietnam, predominantly in the south, and their very colorful Holy See near Tay Ninh is a popular day trip from Ho Chi Minh City. 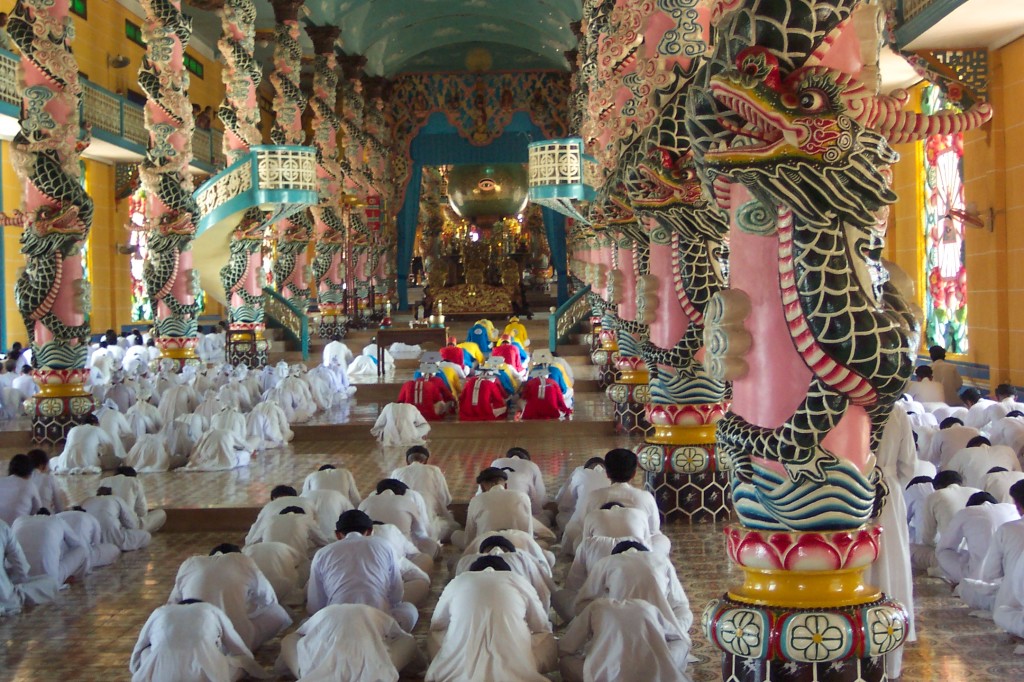 A small percentage of Vietnamese, mostly the Cham people living along the coast in central Vietnam, follow the tenets of Islam.