Population estimates of the diverse groups of ethnic minorities in the far north of Vietnam range widely, mainly because these independent and often elusive minority groups defy census takers’ clipboards. Including disparate groups in the Central Highlands, the current estimate is around nine million, or 10% of the population.

Vietnam’s hill tribe ethnic minority groups originally came from Tibet and near Burma, and arrived in Vietnam via China, though a few groups in the Central Highlands are of ancient Indonesian descent. Some hill tribe groups have been in Vietnam for thousands of years, but others migrated as recently as 100 years ago or as a result of Chinese political pressure in the last 50 years. 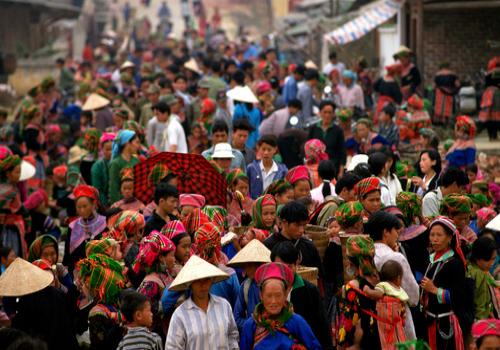 Under the rule of the 19th-century Nguyen dynasty, the majority ethnic Vietnamese were given districts, and in exchange for paying some obeisance to the king, hill tribe groups were given near autonomy. Since the fight for independence in 1955, the Hanoi government has sought fruitlessly to portray its ethnic groups as a vanguard of the ongoing agrarian revolution. Vietnam’s ethnic minorities played a major role as converts and allies of the French missionaries and colonialists, and later as foot soldiers for the American military and CIA. These groups could fight in Vietnam and then flee to safety behind the mountainous Laos border. Though considered backward and unsophisticated by the lowland majority, hill tribe people are courted by Hanoi for fear of dissent or insurgency. On a trip to the far north, you’ll see lots of flimsy posters showing models of “cooperation” between Vietnamese military and northern ethnic groups, but hill tribe villages tell a tale of self-reliance and autonomy, even in the face of poverty and segregation or “enforced primitivism “as a show for tourists. 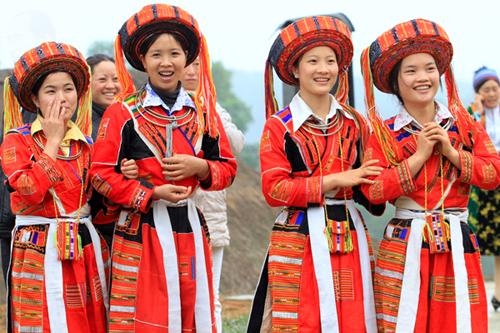 The groups of the far northwest have more in common than anything, and many do business together and intermarry (particularly the Hmong and the Dao [Zao]). Most hill tribe groups farm small hillside slash-and-burn plots and wet rice terraces in the valleys and tend domestic animals. Groups use central marketplaces (like the famed market of Sapa or Bac Ha) not just as opportunities for commerce, but for forming friendships and alliances, courting, and building a shared culture. Be sure to catch a market day in the north. Each group has a distinct language. Some groups fight to keep alive ancient traditions of transcribing their native phonemes into Chinese characters, but the practice is dying out in favor of learning Vietnamese and, increasingly, English. 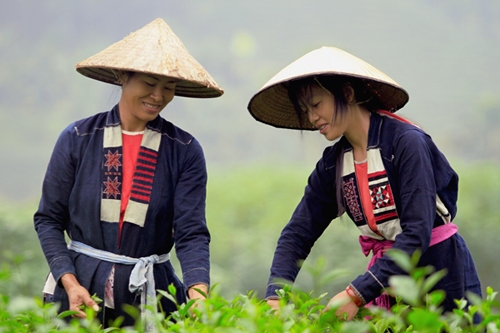 Northwestern hill tribe people are mostly animist, except for the groups that fell under the sway of French missionaries. Hill tribe religion honors the natural world by building small shrines and carving totems. Important note: When out in the country, do not photograph or touch any carved bamboo totems and sculptures, especially near village gates, and always ask before taking someone’s portrait.
A first visit to this region excites certain awe in travelers, and photo- clicking tourists usually flip at the seeming exoticism of ethnic minority folks, especially in and around Sapa. It’s Important to remember that these are people, not circus sideshow acts. Do not pay anyone to take their photo. Do not give gifts. Should you find something interesting, buy souvenirs at a fair price. Go with a good guide who can make introductions and explain the subtle differences in these distinct cultures. Below is a short break down:
Dao (Zao) Mostly in the regions around Sapa and Lao Cai, Dao people are similar to the Hmong and notable for their elaborate dress, including the massive red headdresses and silver jewelry worn by women Hmong The Hmong came from China some 500 years ago, and many settled in the area around Sapa. Hmong women are distinguishable by their indigo dyed clothing with elaborate embroidery, copious silver Jewelry, and high headdresses (Hmong men commonly wear Western clothes). The savviest of hill tribe businessmen, Hmong people lead the pack In selling trinkets and souvenirs to tourists the friendly English speakers who sidle up to your table in Sapa and Bac Ha are most likely Hmong.
Nung Populous along the Ba Be to Cao Bang route, Nung people have much in common with their Tay neighbors, practicing wet rice cultivation and growing vegetables and other crops with the aid of water-wheel irrigation (some of these wheels are quite dynamic). Nung live in mud huts instead of stilt houses and are Buddhists. 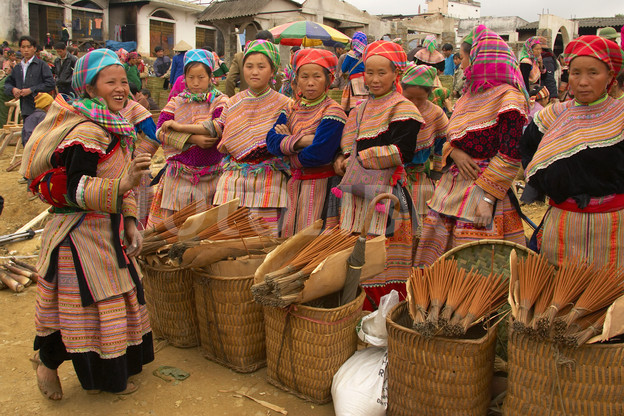 Tay Similar to Kinh people, Vietnam’s ethnic majority, with an estimate of more than one million people, Tay live in the most prime turf: the fertile lowland areas of the far north (Tay were some of the earliest settlers in the region). Successful wet rice cultivators and growers of cinnamon and tobacco, Tay people are much like ethnic Vietnamese, practicing the standard mix of Buddhism and Confucianism, and enjoying the benefits of progress like improved irrigation and even some luxury items (look for TV antennas in villages). Few Tay men still wear their characteristic indigo-dyed pajama-like clothes, although Tay women commonly wear the traditional headscarf and silver jewelry. Tay villages are getting wealthier, with concrete and brick structures displacing the traditional wood stilt houses. The Tay has their own written language and strong literary traditions. Muong people are much like the Tay people. 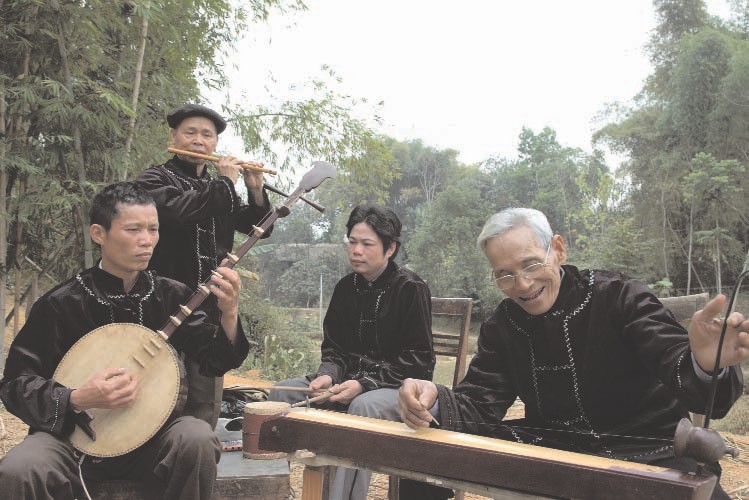 Thai Totaling over 60 million people in Southeast Asia, mostly in Thailand and nearby Laos, the Thai ethnic group in Vietnam is second only to the Tay in population (also at an estimate of more than one million people) and can be divided into three distinct subgroups: the Black Thai, the White Thai, and the Red Thai. The Black Thai are characteristically all in black, the White Thai have small white swatches hanging from their belts, and the Red Thai are similar to Dao groups, with red headdresses. Black Thai range as far as Son La, with large populations around Dien Bien Phu. White Thai populations are largest in and around Lai Chau. And Red Thai are in Son La. 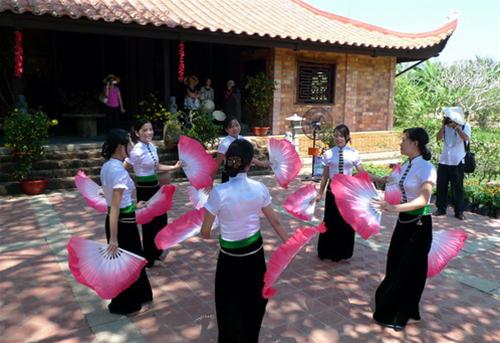 Introductions of The Northern Highlands in Vietnam

Religions and Beliefs in Vietnam