The light playing on the arching rock formations of Halong Bay is never the same, painting rich colors on a stunning landscape, and the bay attracts many artists and photographers.

A Vietnamese fable says that the towering limestone-karsts rock formations at Halong were formed with the crash landing of a dragon sent by the prehistoric gods of early Vietnamese animism to protect the country from an invading navy. The picturesque area did, in fact, play host to some important Vietnamese naval victories against Chinese forces, but the bay is most famous for its UNESCO World Heritage status, its emerald green water, and the 3, 000 islands of towering limestone in the Gulf of Tonkin. 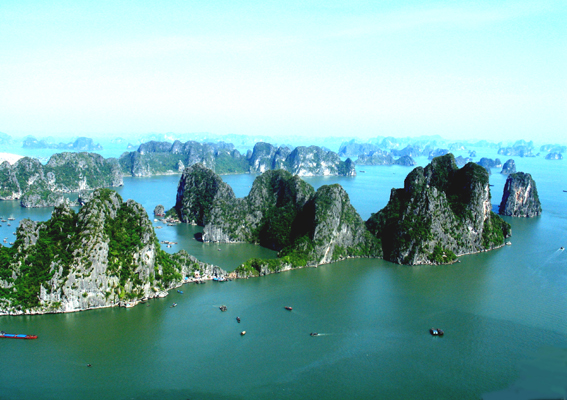 A corner of Ha Long Bay

The total area of the bay is 1, 553 sq. km (606 sq. miles), but only 434 sq. km (169 sq. miles) are part of the UNESCO World Heritage Site (designated as such in 1994). Of the more than 700 islands and islets in this area, only a few are habitable. Some islands were originally named by local fisherman, usually based on their shape. You’ll find the likes of Tea Pot Island, Mother and Child Island, and Stone Dog Island.
The bay’s topography developed over 250, 000 years, from when Earth’s crust was unstable. Originally deep under a prehistoric ocean, the area formed layers of limestone sediments that slowly weathered and receded. Limestone being porous, it created mountains that look a bit like Swiss cheese, laced with hundreds of caves. More than 20 caves in the bay are open to visitors.

Tran Hung Dao had his great standoff with the Chinese in this area. Anticipating the Chinese attack, so the story goes, wily Tran Hung Dao had his men place long bamboo stakes in the bay, and when the Chinese ships arrived at low tide, they were pierced and thus easily attacked by the fearless Vietnamese hero and his men. You’ll see Tran Hung Dao’s statue in nearly every town in Vietnam, and the story of his clever foiling of the Chinese (not, of course, their subsequent return and rule of Vietnam for nearly 1, 000 years) is the stuff of real glory. Do Go, or the Cave of Stakes (see “Attractions,” below), is the reputed resting place of the stakes that foiled the Chinese. 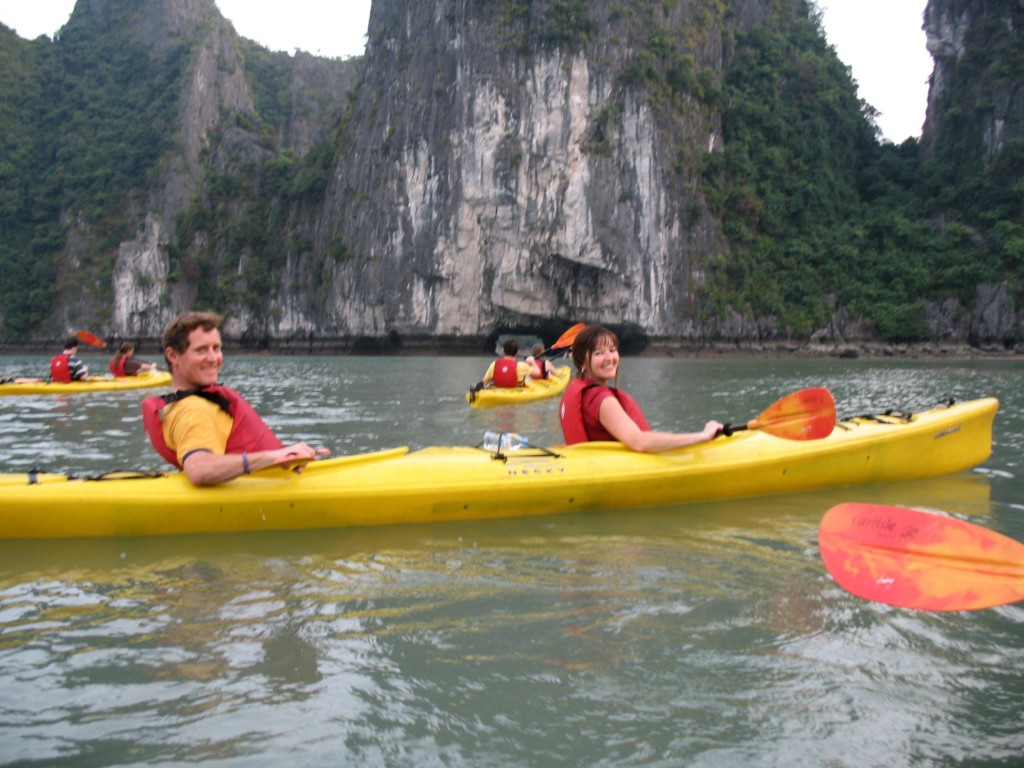 Hundreds of thousands of visitors have climbed aboard the tour boats making the rounds of the sights. The crowds at the overstuffed ferry pier in Halong City are a bit much (you’re never alone out on the bay), but the water is flat, great for kayaking and swimming, and a visit here is a real highlight of any tour of Vietnam.
A visit to Halong Bay about a 4-hour drive from Hanoi usually includes an overnight stay (though it can be done in one very long day). Given the logistics, the trip is best done through an agent or with a group. When you book a tour with an overnight stay, you’ll probably cruise on a junk for 4 to 6 hours along the bay, stopping to explore two or more grottoes and other sights along the way. You might pause for swimming of kayaking, depending on the operator (some offer just cruising; others have extensive adventure agendas). It depends on whether you hire a bus or a private driver, where you stay, and what you eat, Sinh Cafe does a fine job on the low end, but don’t expect much more than the ride and a surly guide. Good luxury options abound.
The best time to visit is from May to October. Though the weathers at its hottest, in your best chance for good visibilit.
As Halong gets more and more crowded with tourist junks, some companies are branching out with tours by boat to Bai Tu Long Bay, just north and east of Halong The area is a busy fishing zone, and the scenery is not quite as dynamic as in Halong, but many visitors appreciate the absence of huge tour groups. Contact a tour agency in Hanoi for information.
Eco-tourism is taking off here: The steep karsts outcrops of the bay are not only bean fitful, but ideal for rock climbing. Two or 3 day sea-kayaking adventures are also becoming popular. 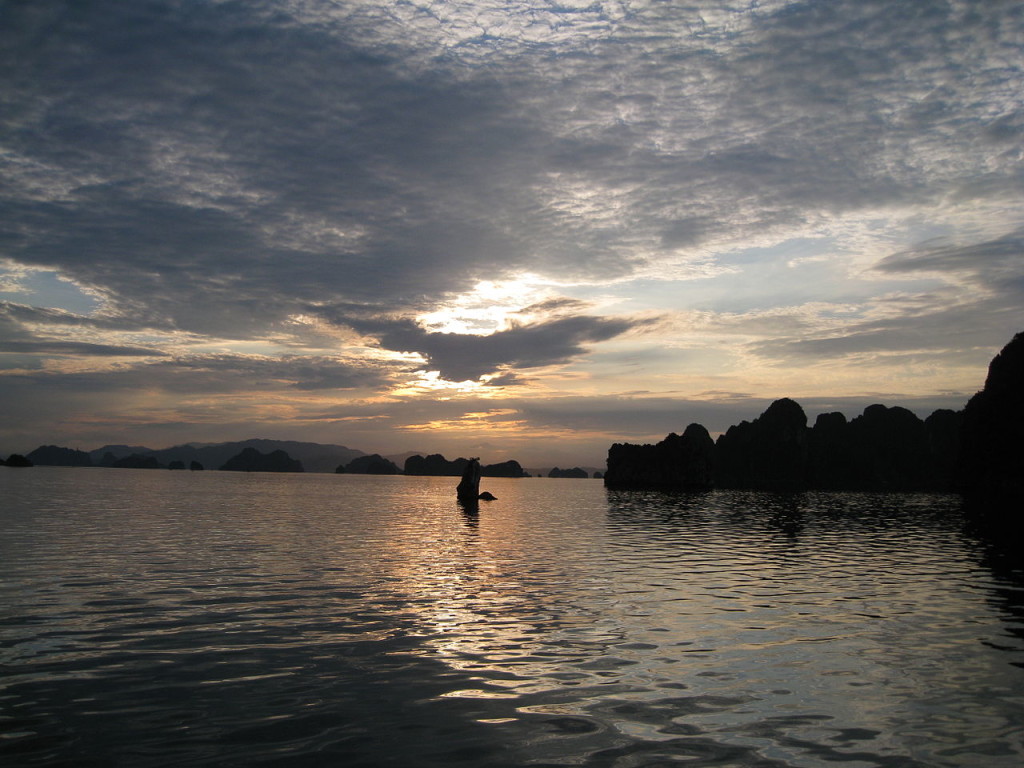 How Halong Got Its Karst

Karst a name derived from a limestone plateau in Slovenia refers to outcrop pings of readily soluble rock, commonly limestone, that are eaten away by chemical reactions catalyzed by dripping water. The karst outcroppings in Halong and In places like Guilin in China or Krabi in Thailand are made of this porous sedimentary rock and tend to develop dynamic caves that drip minerals and form stalactites and stalagmites. Other features of limestone karst deposits and erosion are wide fissures and underground streams in short, a constantly changing, dynamic landscape caused by chemical erosion. Some of Halong’s many caves are actually “dead,” meaning that the leaching process is over, but others are constantly changing.

Angkor, The Ancient Capital of The Great Khmer Empire