With its wide avenues and grand parks lined with colonnaded buildings of a yellowed, aging stucco, Haiphong is like a smaller, more manageable version of Hanoi. You won’t find jaw-dropping sights, but the town is worth a wander and not a bad stop on the way to, or from, the likes of Cat Ba or Halong Bay. 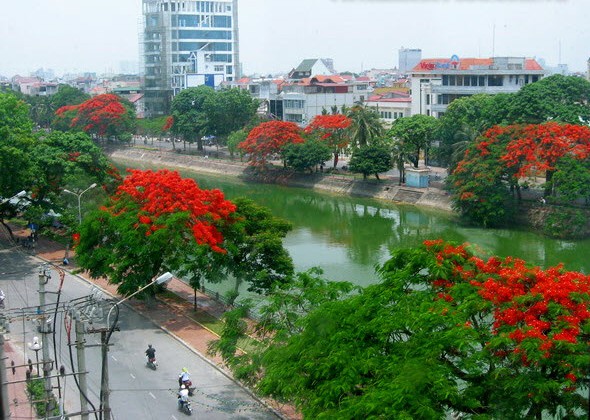 Architectural sights include the classic old city theater, the town’s large cathedral (Nha Tho Lon), an eclectic museum of history, and a museum of the navy. Central An Bien Park is also worth a wander, and the town boasts a few good hotels, one rather high-end as well as affordable midrange and low-end haunts. Do Son Beach is just 21km (13 miles) southeast of Haiphong and a popular getaway for locals or Hanoi weekenders; the beach town hosts the annual Do Son Buffalo Fighting Festival, which is more or less a gory game of bull-baiting, but with lots of pomp and circumstance. 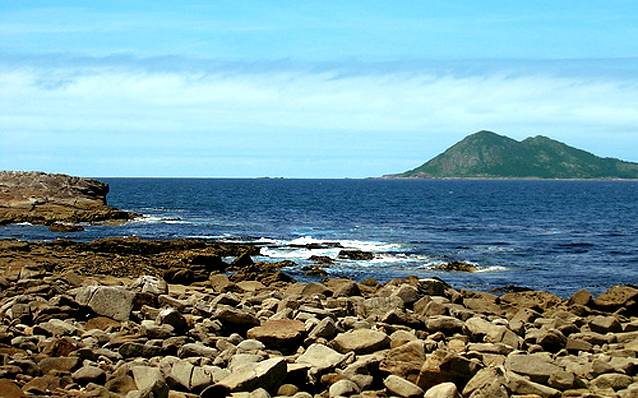 Do Son Beach in Hai Phong

On your way to Haiphong from Hanoi, you’ll pass through Binh Duyen, the industrial district east of Hanoi, where you’ll find big, belching factories churning out Nike and Adidas shoes or name-brand shirts. There’s an enormous Ford factory and other automotive and technical production facilities as well. Nearby, farmers use manual scoops to “cup” water from one rice terrace to the next, true manual irrigation, while just a stone’s throw away, intricate pumps for automotive engines are manufactured by the thousands. It’s a mad world. 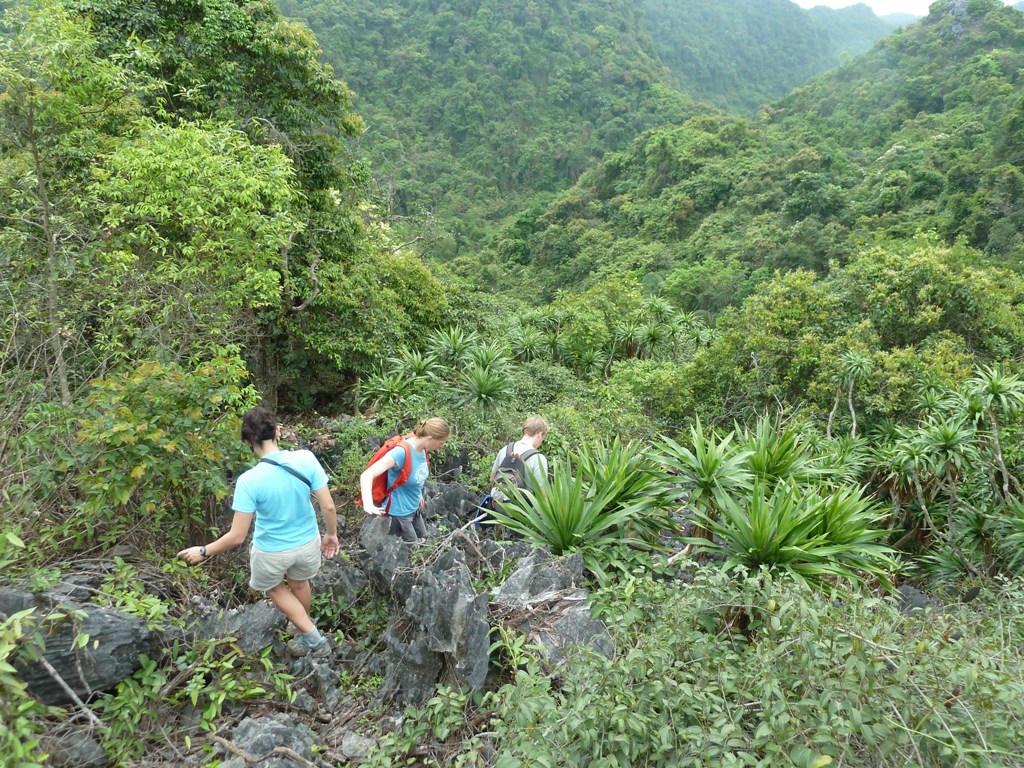 How to Get There

By Bus
Buses make the 2-hour connection frequently throughout the day from Hanoi’s Kim Ma Station (to the east) to Haiphong. Haiphong also connects by bus with Halong City. The Haiphong bus station, Tam Bac, a ride from the city center the usual tout circus. One way to avoid the hassles is to book with the unique Hoang Long Bus Company (in Hanoi, 28 Tran Nhat Duat, 04/3928-2828; in Haiphong, 3 Tran Nguyen Han, 0313/700-778; on Cat Ba Island, 217 Duong 1/4, 0313/887-224), which runs very fast service by bus and high-speed boat four times daily from Cat Ba back to the mainland at Haiphong and on to Hanoi. Call directly or talk with your hotel front desk to arrange pickup.
By Train
The Haiphong Railway Station is at 75 Luong Khanh Thien St. ( 0313/920-025) and is the terminus of the eastern spur from Hanoi. Daily connections leave from the Hanoi station in the morning and in the evening. Because good roads now connect with Haiphong, this trip is more or less for the train buff.

By Boat
Boats regularly connect with Cat Ba Island from Haiphong’s ferry pier on the northernmost tip of the town peninsula. You can book at any hotel front desk with the likes of the new boat and bus trip with Hoang Long Bus Company (3 Tran Nguyen Han; 0313/700-778) or with local high-speed ferries exemplified by Thuong Nhat Transport Cooperative, among the many. Just hop on whichever boat is heading out next.

Where to Stay in Hai Phong
Moderate
Harbour View Hotel  Done in a cool retro French-colonial style, Harbour View is the town’s most impressive address. The hotel is set up to meet and greet foreign business dignitaries the folks who come over to check on the works of their nearby textile, shoe, and auto-part factories and as such, the staff are practiced at rolling out the red carpet. This place has a certain panache without being pretentious. Elegant wooden entries give way to large rooms, conservatively decorated in a plain chain-hotel fashion with rich green carpets, matching drapes, and fine wood furnishings. Bathrooms are large and clean, with granite. The lobby is elegantly decorated with black-and-white diamond tiles and oversize rattan chairs. It houses a mellow piano bar and a gift shop. 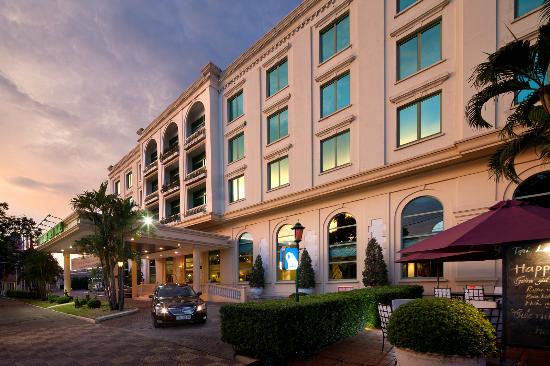 Inexpensive
If you’re in a pinch and the two hotels below are closed, try Hotel (Khach San) Kim Thanh (67 Dien Bien Phu; 0313/745-264), which is a rabbit warren of less than average rooms starting at $17.
Bach Dang Hotel One of the best of the town’s hotels in this category, Bach Dang is set on a busy corner of Dien Bien Phu Street, just adjacent to the town’s popular Maxim’s Restaurant (see below). Old but clean rooms come in all shapes and sizes. Be sure to have a look first. The hotel was a proud supporter of athletes during the Asia Games, and the staff speaks English and can help sort out any travel arrangements. A large restaurant anil massage parlor (kind of sleazy) are just around the corner.
40 Dien Bien Phu St., Haiphong. 0313/842-444. Fax 0313/841-625. [email protected] vn. MC, V. Amenities: Restaurant; bar. In room: A/C, TV, fridge minibar, Wi-Fi.

Maxim Hotel Maxim is the best minihotel in town. For my money, it’s a far better choice than the beat-up old business hotels at the town center that charge more than double the price for musty rooms. Maxim also hosts one of the town’s best restaurants on its second floor, as well as the popular Maxim’s Restaurant (run by the same owner) just down the street. Rooms are small but have good modern conveniences like satellite TV and clean bathrooms done in designer tile.
3K Ly Tu Trong St., Haiphong City. 0313/746-540. [email protected] vn. 30 units. No credit cards. Amenities: Restaurant and bar. In room A/C, TV, fridge, minibar, Wi-Fi.

For a taste of local fare in “real’’ local atmosphere, head to tiny Hoa Dai Do just north of the park at 40 Le Dai Hanh St. ( 0313/810-452) which slings hash Vietnamese style, the likes of good stir-fries, noodle soups, roasted dinners, fried rice, and noodles They march out an English menu when you arrive, but you can also have a peek in the kitchen to see what looks familiar or appetizing.

In the park adjacent to the high-end Harbour View Hotel (see “Where to Stay, ” above), find Van Tue Restaurant (1A Hoang Dieu; 0313/746-338; www. vantue. com). This oversize garden restaurant caters mainly to big wedding parties and other special events, but they do have some private rooms and serve delicious fresh seafood (by the pound) from a limited English menu. It’s a bit pricey but good, especially with a group.

Maxim’s Restaurant and Bar  Try this place for a familiar Western meal in a casual coffee-shop setting. Little extras like linen tablecloths and flowers on the table add to an old-school diner feel surly waiters and all. The menu features Vietnamese versions of Western favorites the likes of good sandwiches, pizza, and steaks as well as a host of affordable Vietnamese fare. Breakfasts are hearty, the coffee is strong, and they change the TV to CNN when foreign visitors don the doorstep.
49 Dien Bien Phu St. 0313/822-934. Daily 6: 30am 11: 30pm.

Truc Lam Truc Lam means “Bamboo Forest” and refers to an old Chinese legend about travelers lost in the woods (the owner will patch the story together for you). On the second floor of the Maxim minihotel, Truc Lam serves up classic Vietnamese cuisine and offers special imports on occasion, like salmon from Norway or beef from New Zealand. Meals are tastefully presented on oversize crockery and tables are draped in linen. The narrow interior’s dark red walls are bisected by heavy shelves displaying oversize pottery, and some fine examples of local painters hang here and there. Just opened and moved from their old address, this restaurant is always full and seems to attract a unique mix of expats and locals a slick mafia set, but don’t let them know I told you. The only drawback to the dining experience at Truc Lam is the secondhand smoke, so go for a seat near the veranda (and certainly not back near the small bar). They regularly feature live music, too.
36 Le Dai Hanh St. 0313/842-487. Daily 6am to midnight. 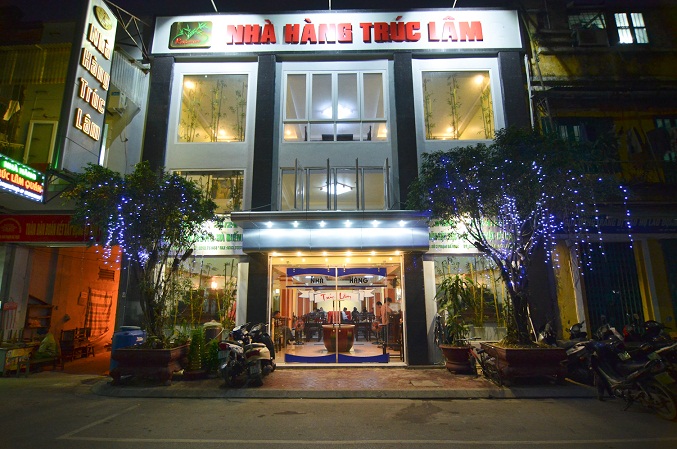 Ha Long Bay, One of The Most Beautiful Coast of Vietnam