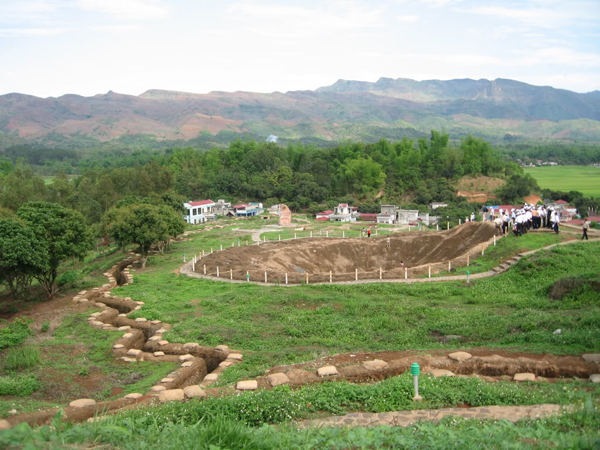 However, while French forces had commanded most of the high ground at Na San, they did not control the mountains surrounding the Muong Thanh valley. Over the following three months Vietnamese commander General Vo Nguyen Giap was able to move some 55, 000 Viet Minh troops into these mountains, eventually outnumbering the French forces by four-to-one.

Crucially, while at Na San the French had enjoyed overwhelming artillery support, General Navarre had completely underestimated the capacity of the Viet Minh to haul heavy artillery and anti-aircraft guns across the mountains to Dien Bien Phu and to mobilize some 200,000 Vietnamese and ethnic minority non-combatants on foot and on bicycles (the so-called ‘Brigade of Iron Horses’) to convey ammunition and supplies to the front.

The French began day-and-night bombing and strafing of the main Vietnamese lines of communication, convinced that their strategy would make it impossible for the Viet Minh to continue supplying and reinforcing their troops in such an isolated region. However, ingenious concealment of Vietnamese artillery deep in the recesses of the surrounding mountainsides, completely undetectable to French intelligence, proved ultimately to be the undoing of the colonial forces. When the Viet Minh attack finally came, on 13 March 1954, General Navarre was so convinced of the impregnability of the Dien Bien Phu base that on the previous day he had ordered the launch of an entirely new southern offensive in Qui Nhon.

The combination of Vietnamese infantry, heavy guns and anti-aircraft guns quickly proved a devastating one. The opening phase of the Vietnamese offensive (13-17 March) saw the destruction of the north-easternmost outpost of the central sub-sector (Beatrice) and the capture of the entire northern sub-sector (Gabrielle, Anne-Marie). Realising the extent to which his superiors had underestimated the strength of the Vietnamese army, French artillery commander Colonel Charles Piroth committed suicide at his post next to the Muong Thanh Bridge, just one day after the bombardment began. On 30 March the Vietnamese launched the second stage of their offensive on the all-important central subsector, and for the next four weeks a bloody struggle ensued, resulting in the loss of the airport and most of the central sector defensive positions and involving many deaths on both sides. Their position increasingly grave and wholly reliant on airdropped supplies, the French now looked to the USA for additional air support, but this was not forthcoming. 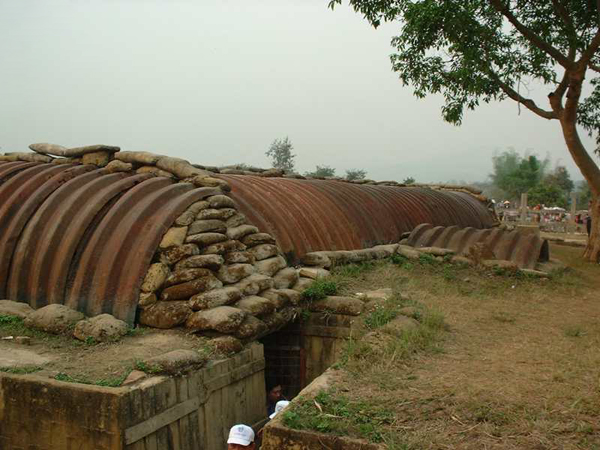 On 6 May General Giap launched the final stage of his offensive against Dien Bien Phu; Eliane’s remaining hills, A1 and C2, were captured, and on the following day air drops from Hanoi ceased and French soldiers began to destroy their weapons.
The French command post was occupied by the Vietnamese at 5. 30pm on 7 May and General de Castries and all his staff captured; At this juncture all of the remaining 10, 000 French troops surrendered. Some 3, 000 French and 20, 000 Vietnamese are believed to have died during the course of the battle.
Their defeat at Dien Bien Phu led the French to sue for peace at the subsequent Geneva Conference, the terms of which effected the fateful division along the 17th parallel between the communist north and the capitalist south. Therein lay the seeds of a further 20 years of warfare in Vietnam.

With its rapidly growing population, Dien Bien Phu has become the cultural, political, social and economic heart of the north west and a strategically important border town, situated as it is just 38 kilometers from the Lao border gate of Tay Trang. In recent years many new government buildings and commercial developments have been constructed in and around the historic Muong Thanh and Him Lam precincts.

In 2003 Dien Bien Phu was named the capital of the new Dien Bien Province, which covers a total land area of 9, 560 square kilometres and has a population of 499, 899 (2006). It borders Lai Chau Province and Yunnan Province of China to the north, Son La Province to the east and Phongsali Province of Laos to the south and west.
Dien Bien Province is one of only four provinces in Vietnam where the Viet (Kinh) people do not form a majority. According to recent government figures the province is home to 21 principal ethnic groups, with the Thai making up 38 per cent, the H’mong 30 per cent and the Viet (Kinh) 20 per cent of the population