Situated some 420 kilometers north west of Hanoi in a region where even today ethnic Vietnamese still represent less than one third of the total population, Dien Bien Phu lies in the Muong Thanh valley, a heart-shaped basin 18 kilometers long and 5 kilometres wide intersected by the Nam Rom River. In 1995 the town became the capital of Vietnam’s westernmost province of Lai Chau, and in 2003 it became a city and capital of the newly-established Dien Bien Province. 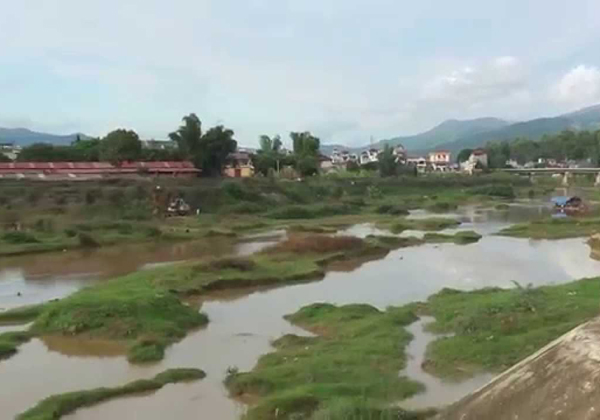 For over two millennia Muong Thanh has been an important trading post on the caravan route from China and Burma through upper Laos and into northern Vietnam. Settled by Tay-Thai migrants from an early date, It was already the capital of a powerful Lu kingdom by the 9th century. In subsequent centuries the Lu fell under the control of the Black Thai, but from the 15th century they underwent a resurgence, regaining control of the wider area and constructing the ‘Citadel of the Thirty Thousand’ (Thanh Tam Van) in what is now Xam Mun commune, 11 kilometers south west of modern Dien Bien Phu.

The early years of the 18th century were a period of acute political instability throughout Vietnam. During this time the north west was overrun by armies belonging to the Phe, a branch of Tay-Thai- speaking people from southern Yunnan Province, who ousted the Lu ruling family from Muong Thanh and proceeded to commit unspeakable acts of barbarism against the inhabitants of the area. However, in 1754 a Vietnamese peasant leader from the Red River Delta named Hoang Cong Chat, whose army had retreated into the region to escape from royal troops, rallied local Lu, Lao and Thai chieftains to his support and expelled the Phe back across the border to China.
Building a fortress at Ban Phu, Hoang Cong Chat subsequently set himself up as lord of a large area of north west Vietnam which incorporated not only modern Son La and Lai Chau provinces but also large tracts of modern Hoa Binh, Thanh Hoa, Phu Tho and Lao Cai Provinces. Over the next decade Chat is said to have won the hearts of all the local people by carrying out important land and taxation reforms. After Chat’s death in 1767 his son Hoang Cong Toan briefly assumed the title Quoc Cong or ‘Great Duke’, but was ultimately driven out by royal armies. Nonetheless, the exploits of Hoang Cong Chat still live on today in the songs and stories of the ethnic people in and around Dien Bien Phu. The remnants of Chat’s citadel and a temple erected in his memory may be visited at Ban Phu, around 10 kilometres south west of Dien Bien Phu in the direction of the Lao border. 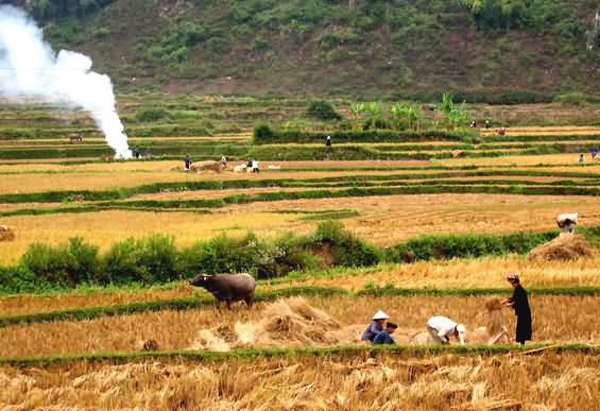 An administrative district known as Ninh Bien was subsequently set up near Muong Thanh by the Trinh lords in 1777, but the town of Dien Bien Phu itself only came into existence in 1841 when, in response to continued Siamese and Chinese incursions into the area, the Nguyen dynasty ordered the establishment of a royal district governed from a fortified settlement at Muong Thanh. This district, known as Dien Bien (Phu means ‘district’), covered most of modern Dien Bien Province as well as the westernmost part of Son La Province.
From the 1870s onwards the entire north west was periodically disturbed by armed bands of renegade White, Yellow and Black Flag mercenaries from Yunnan, and from 1884-1887 the Siamese used this as a pretext to establish a military presence in Dien Bien Phu with the aim of asserting their sovereignty over the ethnic Thai peoples of Sipsong Chutai (12 muong).

Occupied by French forces during the course of their major North West campaign of 1888-1889, Dien Bien Phu was subsequently maintained by the new colonial government as a garrison town, forming part of Son La Province until 1909 when it became part of the new Lai Chau Province. However, to all intents and purposes the administration of Dien Bien Phu was entrusted throughout this period to the White Thai family of Deo, whose patriarch Deo Van Tri, lord of Muong Lay, was recognised by the French in 1890 as supreme chieftain of Sipsong Chutai.
For decades thereafter Dien Bien Phu remained troubled. The town fell briefly to Black Thai insurgents during the latter stages of the 1908 Son La Prison uprising (prompting the suicide of Dien Bien Phu’s French commander) and again during the course of the 1914-1916 uprising of Son La chieftains (see above, p 123), but perhaps the most serious threat to French rule in the region came in 1918 when the H’mong of Dien Bien Phu, under the leadership of Giang Ta Chay, rebelled against the harsh fiscal policies of the colonial government, refusing to pay taxes in silver coins or supply opium to the French and their agents and taking up arms against the town’s French garrison. The insurrection quickly spread east to Son La and south across the Lao border into Samneua, and although the French responded ruthlessly by devastating rebel areas, destroying food crops and setting a high price on the heads of Chay and other prominent rebels, the revolt persisted until March 1921. Thereafter, until the momentous events of the early 1950s this remote region was to experience a period of peace almost unprecedented in its long and turbulent history. 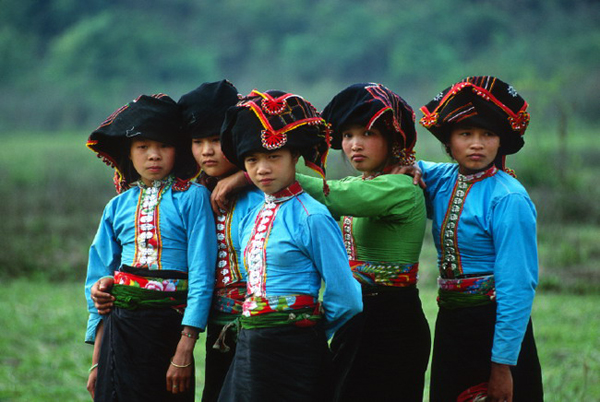 In Vietnam, as elsewhere in Asia, the defeat of the European Allies during the early years of World War Two shattered the image of western colonial supremacy, unleashing the forces of incipient nationalism. Driven out of the country during the August Revolution of 1945, the French returned the following year, but their heavy-handed attempts to resume power subsequently precipitated the outbreak of war, leading in October 1950 to their defeat on Highway 4 in the Viet Bac and in March 1952 to the loss of Hoa Binh. Thereafter the Vietnamese army went on the offensive all over the north west, forcing the French to regroup at their two remaining strongholds of Lai Chau and Na San (Son La).
At the Battle of Na San in November-December 1952 the French successfully deployed their new ‘hedgehog’ (herisson) defence tactic, luring General Vo Nguyen Giap’s forces into a series of devastating pitched battles where they suffered heavy casualties in the face of superior French firepower.
Despite this setback, early in the following year the Viet Minh and their Pathet Lao allies overran Samneua in upper Laos and proceeded to sweep north, threatening Luang Prabang. Viet Minh attacks on Na San continued throughout the Spring, and by early Summer 1953 Lai Chau was also under siege. Reluctant to continue the costly air-dropping of essential supplies to the isolated garrison at Na San, the new French commander in chief General Henri Navarre finally ordered its evacuation in August 1953. 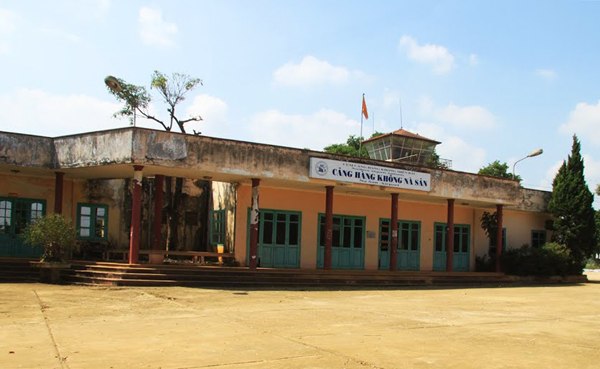 Overthe following months Navarre became convinced that the ‘hedgehog’ tactic used in the previous year at the Battle of Na San could be enlarged to force General Giap to commit to a much larger set-piece battle in which the exposed Viet Minh forces could be completely destroyed by a massive French air and artillery bombardment. Simultaneously seeking a way to stop the Viet Minh threat to Laos, Navarre selected Dien Bien Phu near the Lao border as the theatre of war in which this final battle would take place. Accordingly, on 20 November 1953, Colonel (later General) Christian de Castres and six battallions of French colonial troops were parachuted.

Mai Chau – The Places of Interest