2. Dien Bien Phu Historic Victory Exhibition Centre
Location: Duong 7/5, Phuong Muong Thanh, Thanh Pho Dien Bien Phu, Tinh Dien Bien Telephone: 84 (0) 230 383 1341 Opening hours: 7am-11am, 1. 30pm-5pm daily Admission: 5, 000VND, including admission to Dien Bien Provincial Museum below Originally opened in 1984 and completely renovated in 2004 to celebrate the 50th anniversary of the decisive battle, the Dien Bien Phu Historic Victory Exhibition Centre contains documents, photographs, weaponry and other military memorabilia relating to the historic victory of Dien Bien Phu, together with a diorama of President Ho Chi Minh with General Vo Nguyen Giap, several battle scene dioramas and a large illuminated model of the surrounding Muong Thanh plain illustrating the course of the campaign with the aid of Vietnamese- and French-language soundtracks. Tanks and artillery are also on display outside in the museum grounds. By prior arrangement the museum can offer introductory talks in its small lecture theatre for groups of over five people. 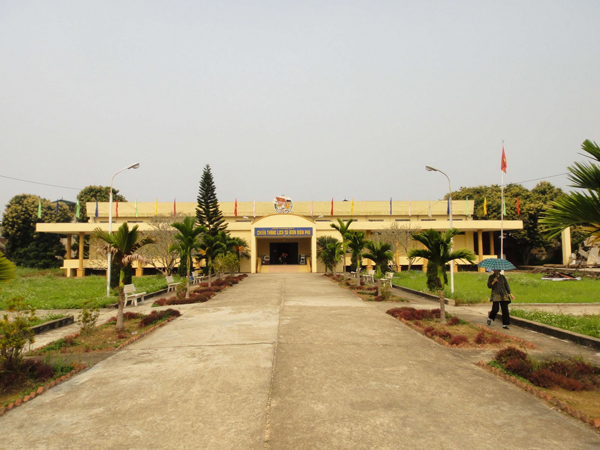 Location: Duong 7/5, Phuong Muong Thanh,
Located next to the Revolutionary Heroes’ Cemetery and commanding an excellent view of the surrounding area, Hill A1 (Eliane) was the principal French outpost throughout the Dien Bien Phu campaign and the scene of some of the fiercest fighting which claimed the lives of over 2, 500 Viet Minh soldiers before it was finally captured on 6 May 1954. Apart from an old tank and the carefully- reconstructed French trenches and shelters, visitors can view part of the elaborate tunnel system dug by Vietnamese war hero Nguyen Phu Xuyen Khung’s sapper team during the final bid to capture the hill, plus the large crater from the 960 kilogram bomb which was exploded at 8. 30pm on 6 May 1954, signaling the general attack. There is also a monument to the Vietnamese soldiers who died during the assault on the hill. At the entrance to the hill is an exhibition centre which displays changing exhibitions on different subjects connected with the Dien Bien Phu campaign.

6. Hill D1 (Dominique)
Location: Duong 7/5, Phuong Tan Thanh, Thanh Pho Dien Bien Phu, Tinh Dien Bien Opening hours: 7am-11am, 1. 30pm-5pm daily
Located right in the city centre opposite the Central Market, Hill D1 (Dominique) may be accessed by steps from the main road and is crowned by the largest bronze monument ever cast in Vietnam, Nguyen Hai’s 12. 6 metre-high, 220-ton Dien Bien Phu Victory Monument, which was in fact created as long ago as 1965 but remained in store until 2004 when it was moved here in celebration of the 50th anniversary of this important battle. The statue features three Vietnamese soldiers standing on top of the General de Castres’ bunker, one hoisting a flag, one holding a gun and another carrying an ethnic Thai child holding flowers. On the flag is written the motto Quyet chien, Quyet thang (‘Determined to fight, determined to win’). The hill commands a superb view of the entire Muong Thanh Valley. 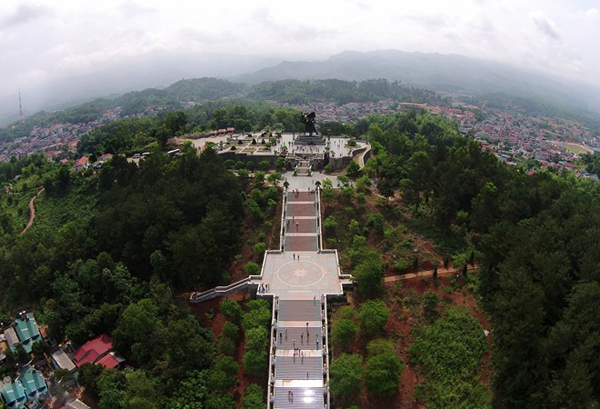 7. Old Muong Thanh Bridge
Location: Phuong Muong Thanh, Thanh Pho Dien Bien Phu, Tinh Dien Bien Opening hours: open access at all times While larger vehicles are now required to use the two new road bridges, the original Muong Thanh iron bridge, which leads directly from the city to General de Castries’ Bunker, may still be used by pedestrians and motor cyclists to cross the Nam Rom River. A few years ago a rusty old sign on an outcrop at one end of the bridge read ‘Here is the former shelter of Pirot [Charles Piroth], commander of the French army’s artillery unit in
Dien Bien Phu military compound. He committed suicide on the night of March 15 1954. ’ This has now long gone; in its place now is a granite memorial which reads:
‘At 2pm on 7th May 1954, Company 360 Division 312 attacked and took Muong Thanh Bridge, striking at the heart of the enemy and inflicting defeat on the high command of the Dien Bien Phu group of fortresses’.

8. General de Castries’ Bunker
Location: Phuong Muong Thanh,  Dien Bien Phu City, Dien Bien Province
Opening hours: 7am-11am, 1, 30pm-5pm daily
The bunker of French commander General de Castries and command centre of the French outpost at Hill A1 (Eliane) during the decisive battle at Dien Bien Phu is located in a small fenced compound west of the Nam Rom River, just across the road from the old Muong Thanh Bridge. It has been restored in period style. A few tanks and other pieces of French military hardware still lie in the fields surrounding the bunker. 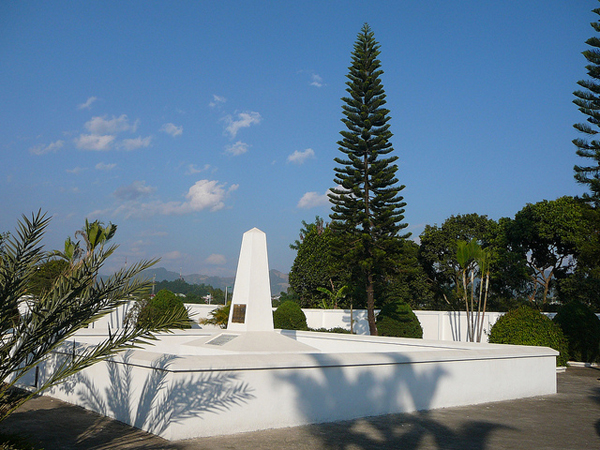 Two other major monuments to the Dien Bien Phu campaign may be viewed outside the city: 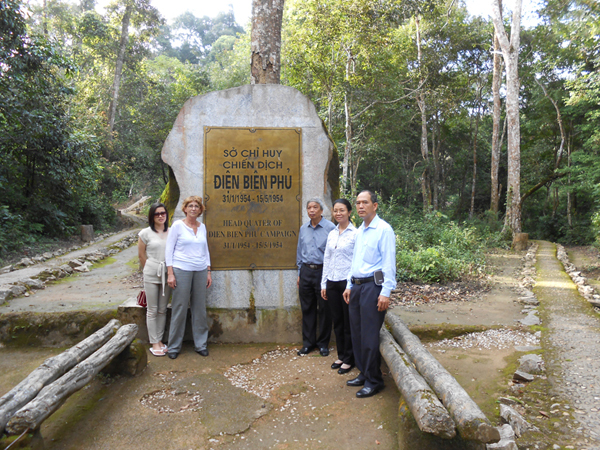 The Headquarters of the Dien Bien Phu Campaign

Noong Nhai Memorial
Dai Ky niem Noong Nhai The Noong Nhai Memorial is situated 4. 5 kilometres south of Dien Bien Phu on National Road 279 in the direction of the Laos border gate, and may be visited as part of an excursion to the Citadel of the Thirty Thousand, Ban Phu Citadel and U Va Hot Spring. 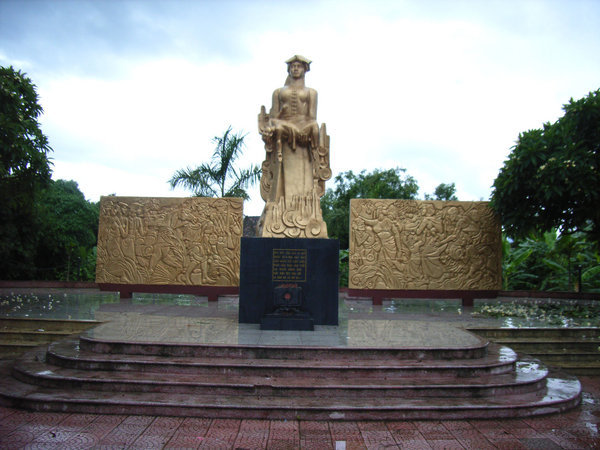 Guided Tours to the Northwest of Vietnam