The area around Hanoi – the name means ‘within the waters’, a reference to the city’s close relationship with the Song Hong, or ‘Red River’ and numerous surrounding lakes – has been the site of Vietnam’s capital, on and off, for more than two millennium.

In the 3rd century BC, King Thuc Pan established the earliest Vietnamese capital at the citadel of Co Loa just north of the present-day city. More than 1,000 years later, when the Chinese were driven out and independence restored, General Ngo Quyen symbolically chose Hanoi as the site of the reborn Vietnamese nation. In 1010, the king Ly Cong Uan moved the capital from Hoa Lu to Hanoi now and named it as Thang Long. Subsequently, in 1802, the first Nguyen Emperor, Gia Long, transferred the capital to Hue – but this proved to be a short-lived move.
In 1902, France established Hanoi as the capital not just of Vietnam, but of all French Indochina. In 1954, the city became the capital of the communist north. From 1968 – 1972, Hanoi was bombed several times by American and in 1976, following the defeat of the south regime; Hanoi was pro-claimed capital of the reunited Socialist Republic of Vietnam. In many ways, Hanoi remains the heart of the Vietnamese nation. 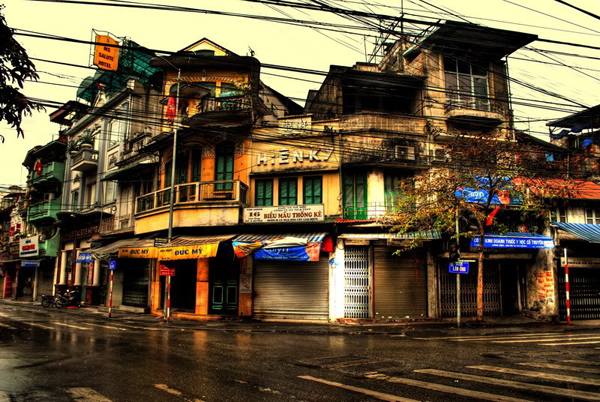 A Growing Metropolis
At the end of the 19th century, Hanoi was still a relatively small town, centered on the Old Quarter and the administrative area within the Citadel.
While still not a Southeast Asian megalopolis like Bangkok or Jakarta, over the intervening 100 years, the Vietnamese capital has grown into a city of 3 million people, expanding southwards and westwards away from the Red River to encompass a broad region of Lakeland.
Here the French colonial rulers established their administrative and commercial quarters, and subsequently a free Vietnam built monuments to honor the struggle for independence and to the father of that independence, Ho Chi Minh.

Sapa – The Places of Interest

Halong Bay – Wonder of The World