The former imperial city of Hue is the most important historical and cultural monument in Vietnam. It is also a place of great beauty, despite having been badly damaged during the 1968 Tet Offensive. Renowned throughout the country both for the beauty of its women and for the sophistication of its cuisine, Hue lies at the heart of Vietnamese cultural tradition. 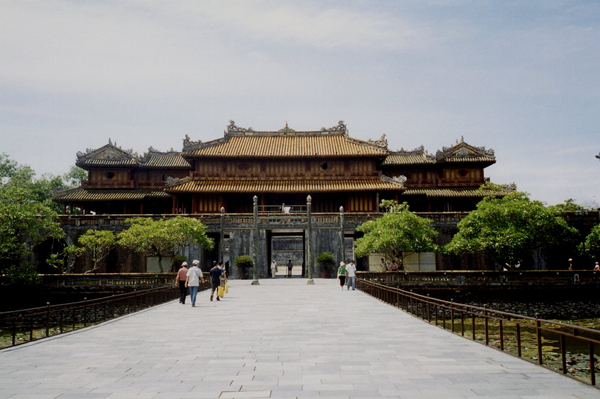 The beautiful Song Huong or Perfume River flows through the centre of the city, while the surrounding countryside is studded with elaborate tombs built during the time of the Nguyen Emperors. For the visitor, there is only one possible problem – the weather at Hue is notoriously unpredictable, and rainfall is frequent.
Visitors to Hue, whether travelling by air, rail or road, generally enter the city from the southwest, via the newer commercial quarter which dates from the colonial period. It is here where most of the hotels, restaurants and bars in the city may be found.
Imperial Hue, demarcated by the crenelated walls of its great Citadel (Kinh Thanh), lies on the far side of the Perfume River, a monument to past imperial glory and more recent desperate events. 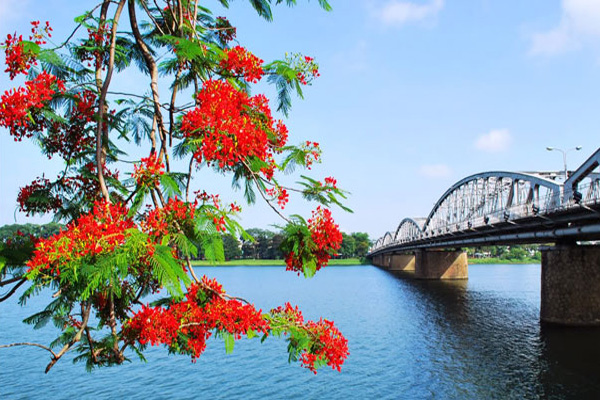 Places of Interest Should not be Missed