Danang, Vietnam’s fourth largest city, has ample accommodation and good seafood restaurants, but – with the notable exception of its remarkable Cham Museum – lacks intrinsic interest and is primarily useful as a base for visiting nearby attractions. Hoi An, by contrast, is quite exceptional: it is beyond question the most attractive coastal town in Vietnam, packed with sites of historical interest and noted for the excellence of its cuisine. 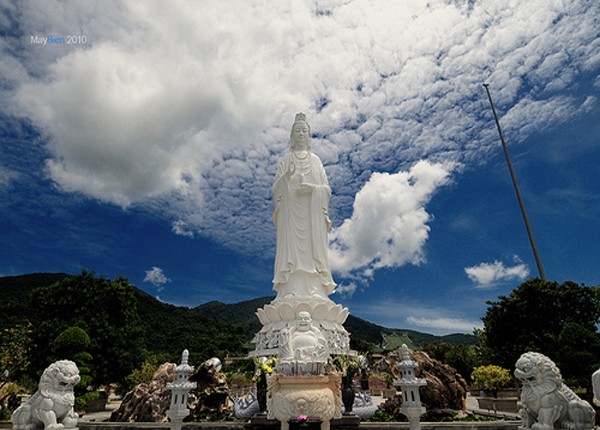 Hue to Danang
It takes about 3 hours to travel from Hue to Danang (go over Hai Van pass), and in good weather the drive is outstandingly beautiful. It is also possible to fly direct to Danang from other major cities in Vietnam.
For the first 50km (31 miles), Highway 1 parallels Thuy Tu and Cau Hai lagoons, both home to thousands of seabirds. The road then climbs over a low range of hills before meeting the sea at Lang Co Village and the scenic palm-fringed Canh Duong Beach. There is good swimming here, and if you are making the trip to Danang into a day’s excursion, this is the place to stop for lunch.

Hai Van – The Pass of the Ocean Clouds
Hai Van – The Pass of the Ocean CloudsBeyond Lang Co, the road climbs steeply to snake across a spur of the Anamneses Cordillera that juts into the East Sea of Vietnam. This is the famous Hai Van Pass or ‘Pass of the Ocean Clouds’, so called because the 500-m (1,640-ft) high pass is often swathed in clouds and mist. When the weather’s clear, the views are fantastic but when enveloped in cloud, watch out for the small boulders left in the middle of the road by drivers who use them as chocks for their trucks!
Until 1306, Hai Van formed the frontier between Vietnam and Champa, and the pass remains strategically significant to the present day. The summit is marked by an old French fort which appears fleetingly through the swirling mist.
The city of Danang, on the southern side of Hai Van, marks the northern limits of Vietnam’s tropical zone and enjoys winters that are markedly warmer than in nearby Hue. Seized by the French in 1859, Danang rapidly developed into the main port of central Vietnam – a status reinforced during the Second Indochina War, when it became a massive base for the United States Air Force. 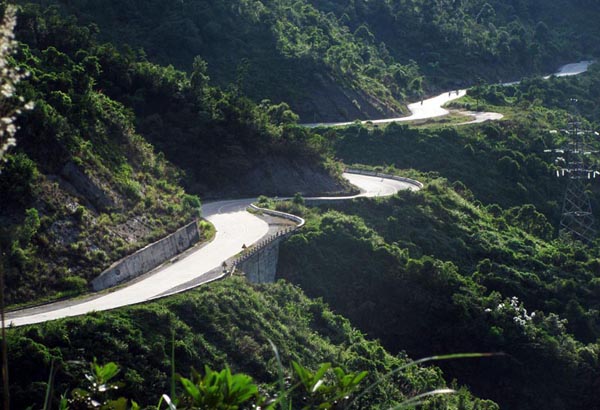 The Cham Museum in Danang
The Cham Museum in DanangDespite the size of Danang, its Cham Museum (Bao Tang Cham) is really the only major attraction (daily 8am-5pm). Located in the southernmost part of the town, the museum was founded in 1915 by the prestigious Ecole Francaise d’Extreme Orient and ingeniously designed to provide an open-air setting, which protect the artefacts from bad weather and theft. Unfortunately the latter aim has not been entirely successful – several unique pieces have disappeared from the covered museum galleries in recent years.
The museum overflows with sandstone carvings from the Kingdom of Champa dating from the 7th to the 15th centuries. Figures from the pantheon of Hindu deities, notably Vishnu, Shiva, Uma, Ganesha and Nandi are a recurrent theme, as indeed is the female breast, an important icon of Cham religious art. Perhaps most famous of all the carvings is the exquisite dancing apsara of Tra Kieu on display in the northwest comer of Gallery Three. 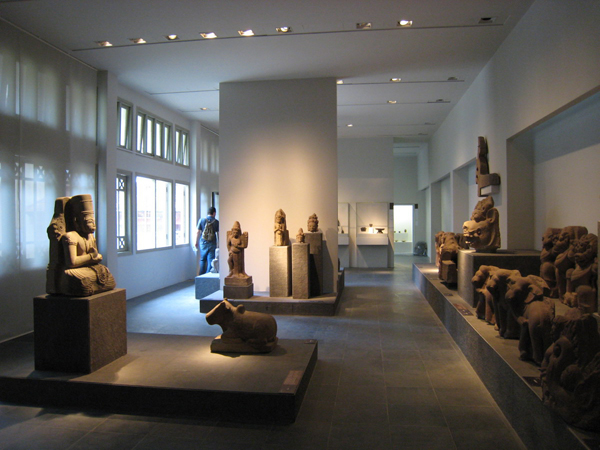 South of Danang
South of DanangSights in the vicinity of Danang include Marble Mountains (Ngu Hanh Son), about 7km (4 miles) southeast of the city, and My Khe Beach (China Beach – named by American GIs during the war) in the same area. The former contain numerous caverns which used to serve as a Viet Cong guerrilla base and which have long housed a series of shrines dedicated to Buddha or to Confucius. The latter – in fact a line of beaches stretching almost 30km (19 miles) south of Danang – was a favorite ‘Rest and Recreation’ area for US servicemen during the Second Indochina War. The beach has always been popular with locals but with the opening of the luxury Furama Resort, is set to attract the international traveler. 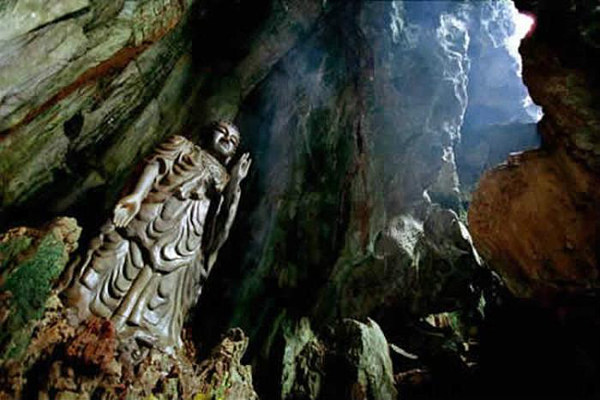