The single largest religious monuments in the world, Angkor Wat literally mean “the City which is a Temple”. Built during the 12th century by King Suryavarman II (r.1113-50), this spectacular complex was originally dedicated to the Hindu god Vishnu, the Protector of Creation.

The layout is based on a mandala or sacred design of the Hindu cosmos. A five-towered temple shaped like a lotus bud and representing Mount Meru, the mythical abode of the gods and the center of the universe, stands in the middle of the complex. The outer walls represent the edge of the world, and the moat is the cosmic ocean. Especially outstanding are the intricate carvings that adorn the walls, including a 600-m (1,970-ft) panel of bas-reliefs and around 2,000 engravings of apsaras or celestial dancing girls with enigmatic smiles. Angkor Wat, unusually among Khmer temples, faces west and toward the setting sun, a symbol of death. 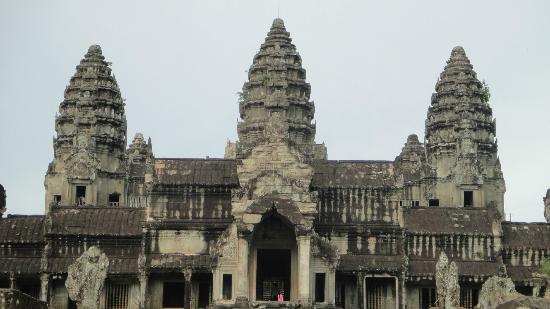 Towering over the complex, the Central Sanctuary can be a steep climb. Its four entrances feature images of the Buddha, reflecting the Buddhist influence that eventually displaced Hinduism in Cambodia. 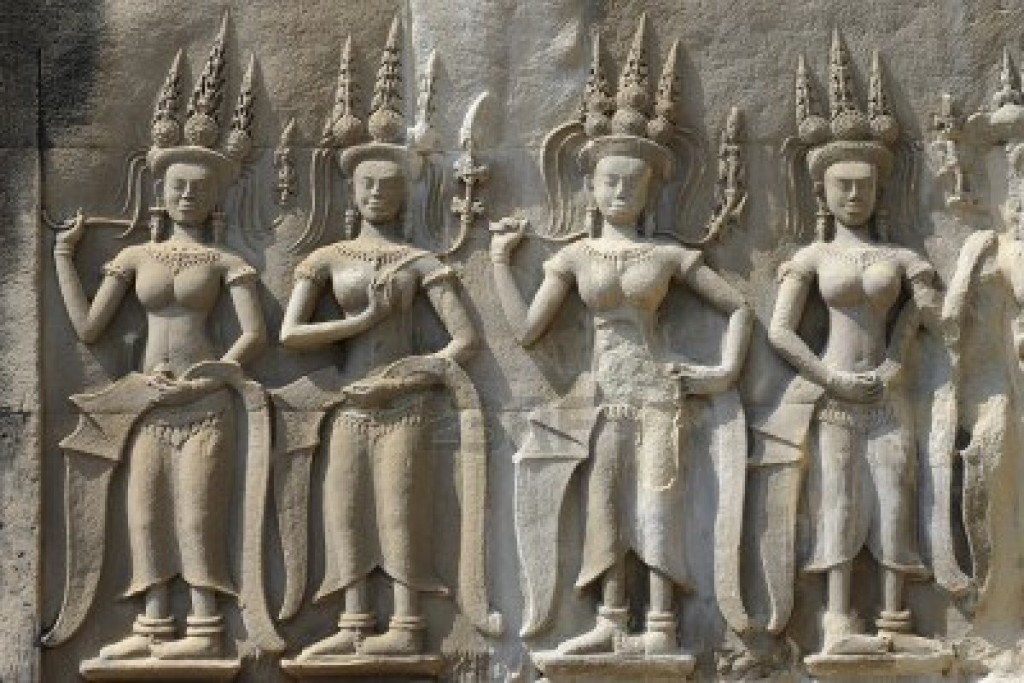 The carvings of hundreds of sensual apsaras or celestial dancing girls line the walls of the temple. Holding alluring poses, they are shown wearing ornate jewelry and exquisite headgear. 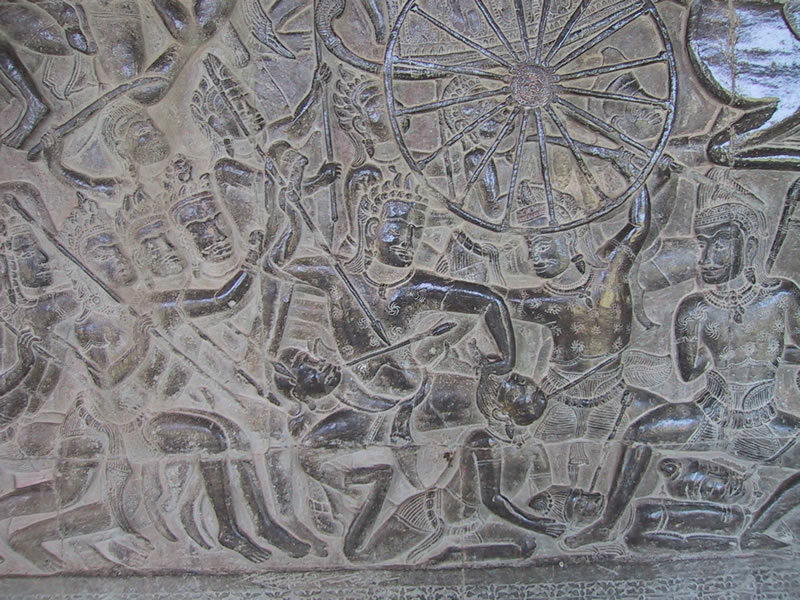 The southern section of the Western Gallery depicts several scenes from the Hindu epic Mahabharata. The bas-reliefs here detail images of hundreds of weapon-bearing warriors engaged injurious combat during the Battle of Kurukshetra. 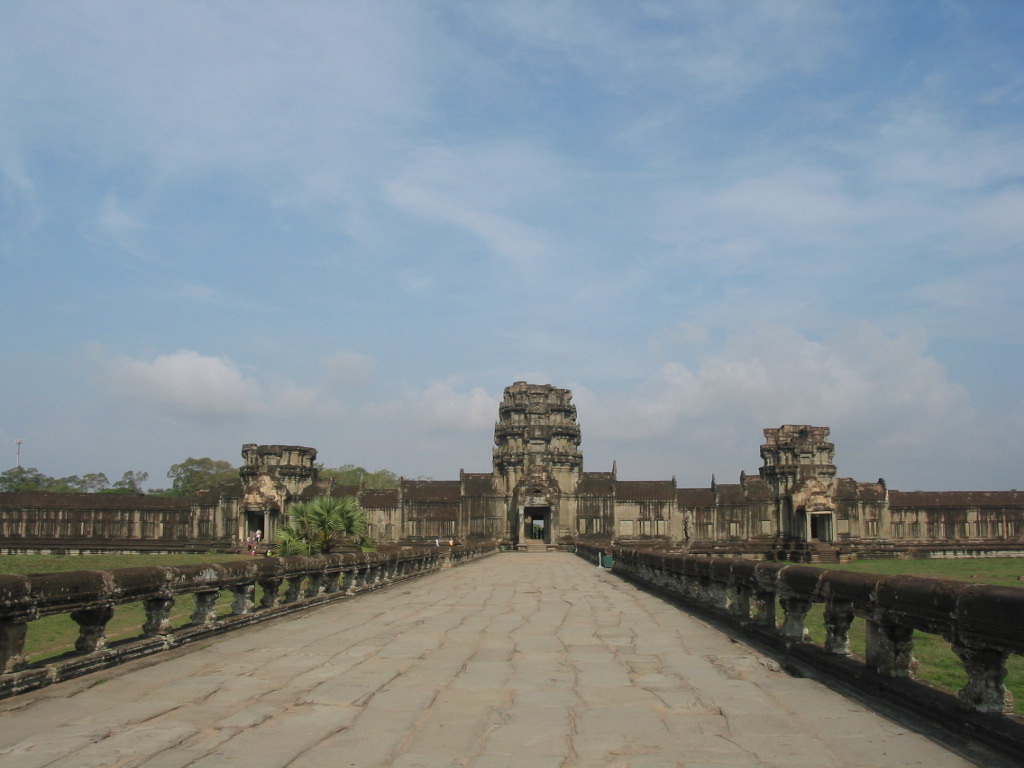 The wide pathway leading to the temple’s main entrance on the west side affords a spectacular view of Angkor Wat’s grand exterior. Balustrades carved in the form of nagas or serpents line both sides of the avenue. 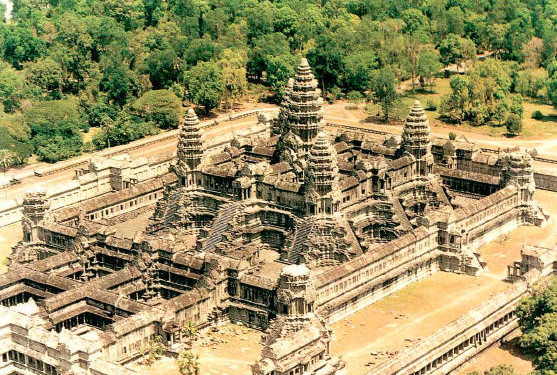 Beautiful Angkor Wat Temple is the Prime Example of the Classical Style of Khmer Architecture in Cambodia.

Angkor-period architecture generally dates from Jayavarman II’s establishment of the Khmer capital near Roluos in the early 9th century AD. From then until the 15th century, art historians identify five main architectural styles. The earliest, Preah Ko is rooted in the pre-Angkorian traditions of Sambor Prei Kuk to Angkor’s east and the 8th-century style of Kompong Preah, relics of which are found at Prasat Ak Yum by the West Baray. Khmer architecture reached its zenith during the construction of Angkor Wat, but began declining soon after.