Costumes are one of the three needs of physical life (food, accommodation, and clothing) of Vietnamese people. It is the earliest cultural product of human society. Costumes were also changed over the course of historical development. Two prominent features in the traditional dress of Vietnam woman is Ao Dai and Non La. 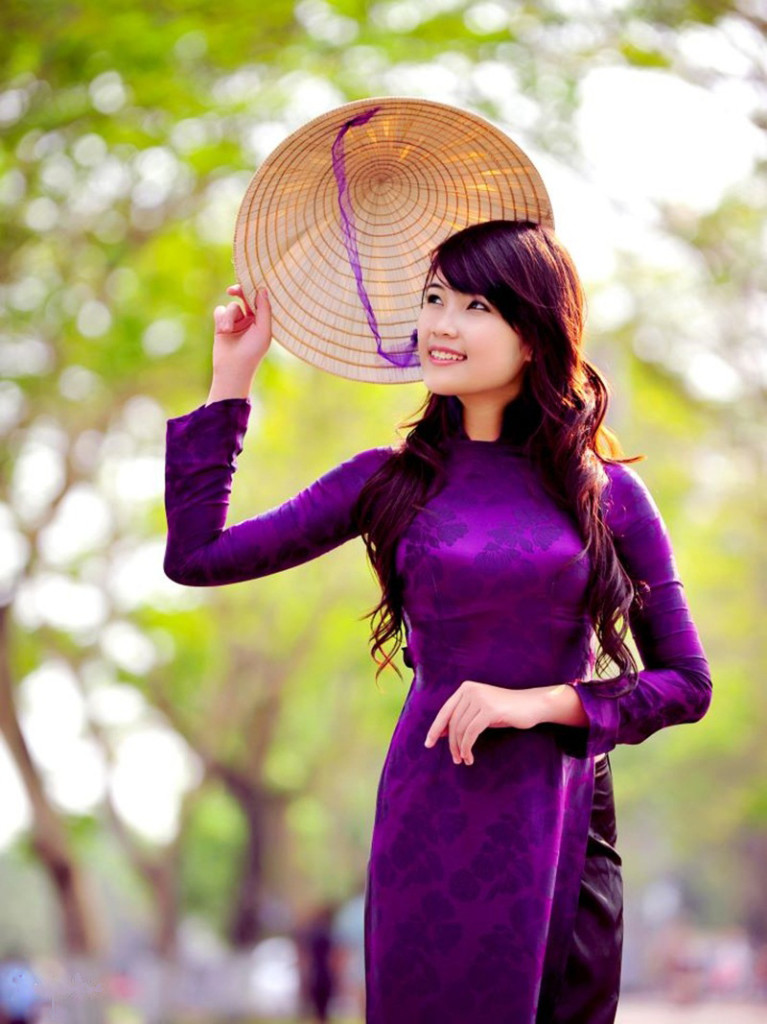 The Vietnamese girl is beautiful in costumes Ao Dai and Non La.

In feudal time, women’s costumes: Vay Den, Yem Trang, Ao Tu Than, Khan Mo Qua, Hoa Ly belt. Tuxedo includes three shirts, the outer layer is brown Ao Tu Than, followed by a yellow skirt and the last is the shirt in the color of the lotus. Three of skirt only have a button on the side, the part from chest to neck reveal the color of Ao Dai. Inside is the warmest plastron. And wearing Non La looks very charming and discreet.

Until now, the traditional costumes of the Vietnamese people have changed. The western suits replace the traditional outfit of men. Ao Dai of Women has increasingly improved and completed as it is today. On the other hand, due to the requirements of labor, work, women do not always wear Ao Dai. The chance only comes in the solemn day, happy day…When women can “express themselves” in Ao Dai.

For many other ethnic groups in Vietnam, traditional costumes are also gradually lost their distinctions and replaced by readymade garments which are useful, cheap and many other advantages of the present life for themselves and their families.

Over the years, The Ao Dai of Vietnam women are increasingly changing and more complete. It is a traditional long skirt, tight body, making the body of women become soft curves, consistent with the small stature of Vietnam women. The Ao Dai drop down on foot, flying in the wind and following every step of beautiful girls. The body of the Ao Dai cut to become slightly higher than the lower part to reveal a bit of upper body. Moderately extended sleeves, slightly flared, pointing to 3/4 arm length, it looks healthy and young. Recently, the foreign fashions were imported into Vietnam, but the traditional costume is favored by Vietnam’s women.

In graduation ceremony, Ao dai is the choice of all female teachers and students. The student wears often wear white Ao dai. In many wedding, the bride also wears a traditional ao dai. The image of school girls in Ao dai school uniform has become an aspiration for many generations of writers and poets. 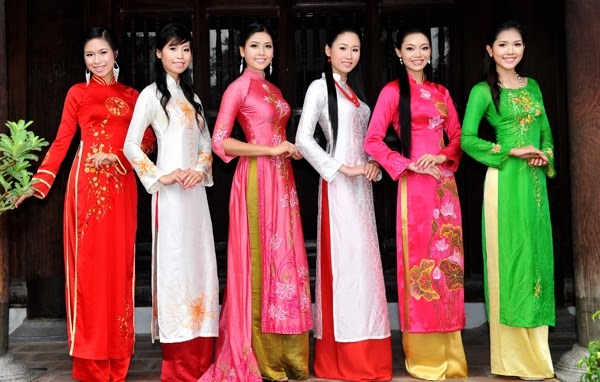 Ao Dai is the traditional costume of Vietnamese women.

Along with Ao Dai, Vietnamese women are also charming with Non Bai Tho. Current Non Bai Tho is the result of many improvements. To make beautiful Non La, hat makers who must choose green leaves of palm trees dried out and flat make the hats. Inside the silk leaves, there is an image of a boat, river and familiar verses of hometown. 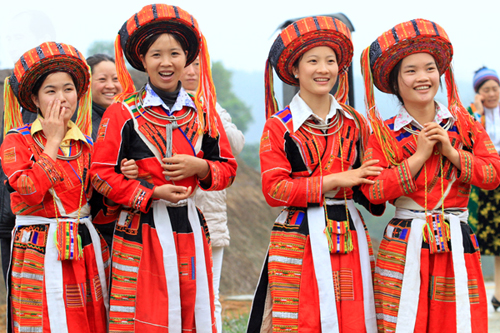 The Costumes of ethnic in Vietnam is very rich and varied, and each outfit characterizes each region of Vietnam such as lowland mountainous peoples living in the stilts usually wear pants, skirts, indigo shirt with many motifs patterned after the forest flowers or wild animals. In the mountains and highlands, women often wear skirts and men wear loin-cloth … But generally, the costume of the ethnic groups is decorated with harmony colors, diverse motifs, soft on design, easy to work on the field, favorable to move on steep pass and mountain. Take Sapa tours to soak into the local love market which is full of colorful costumes.

Along with the dresses which were made by the hands and beautiful soul of the ethnic woman, jewelry, earrings, bracelets, bronze and silver necklaces are indispensable in the life of ethnic people.