They are rock reefs with strange shapes, entirely created by nature. In some places, such as the rocks in the Genh Da Dia in Phu Yen Province, people will still asked “what makes those shapes, whether the intervention of human hands or not? “. 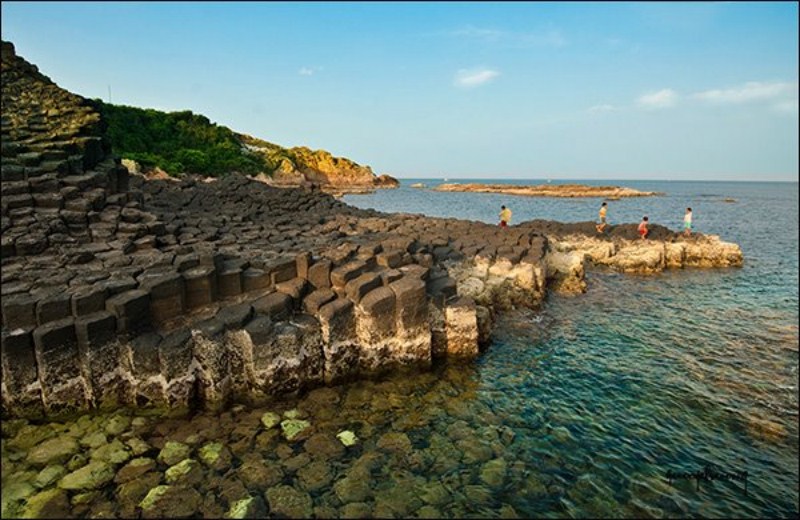 Ghenh Da Dia in Phu Yen Province is a wonderful landscape and unique geology in Vietnam. The cliff included many prismatic pillars, which ranked adjacently to the sea of Vietnam.Have a look from a distance, You can imagine it to be a giant beehive.

Beautiful and clean beach in Vietnam are painted by exotic cliffs stretching. They have many different shapes like frogs, tigers, elephants, etc. In this particular stone changes color depending on the tide. There is a fresh water well near Coc Cave, the only way can access it is that crawling over a toad-formed rock . 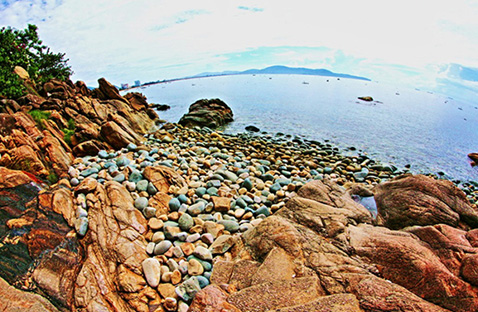 Under Ghenh Rang hills is a large rock reef, including the unique circular stone which forming giant egg rock reefs created by waves . The front yard is stone walls which stand strongly and block the coming waves, creating calm waters. This rock reef is also known as the Queen. 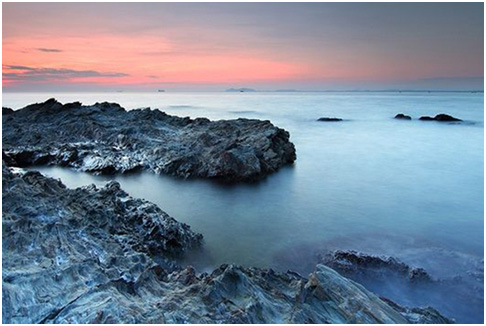 In Vietnam, Ban Than cliff spread over an area of 2km long beach, included many black rocks with flat surface. Under sunlight, the rocks appear in sparkling black . Ban Than cliff has a lot of huge blocks with exotic shapes, looks like the fish have demon faces , the whale, sea monster… washing ashore. Therefore, Ban Than cliff is a picture of nature: black cliffs with strange curves rising on the blue background of the sea. The rocks unsteady are cover by dark moss. 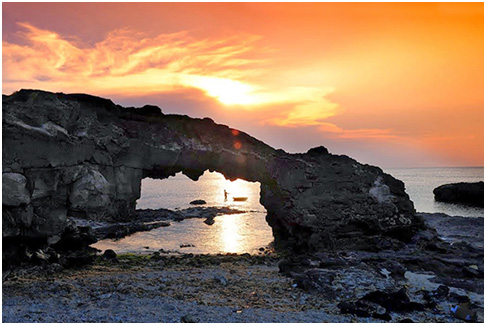 To Vo Arch formed from volcanic lava, the result of millions of years of volcanic activity here. Called paradise arch by friendly people in this island. Visit Vietnam and spend your time in this island you will know the reason.

You may interested in Halong Bay tours, Sapa tours or Hue tours.

Vietnam
Thing to do and see in Vietnam Vietnam Highlights