No hustling or bustling like the big cities as Hanoi or Ho Chi Minh City, Hoi An is graceful and historic located ideally on one of the most beautiful coastal in Vietnam. Formerly a major port, it boasts the old grand architecture and stunning riverside setting that befits its heritage…

For those who planning a trip to a unique Ancient Town existed in the world, top 10 attractions in Hoi An will give you all the information you need about what to do and see in one of the most beautiful cities in Vietnam.

Tan Ky House
Situated at Nguyen Thai Hoc St. in the area of old quarter, Tan Ky old house is a typical example of a merchant’s house in 18th century in Hoi An. “Tan Ky” is literally named “Progress Shop” by the second generation of the house with the hope for a thriving business.
The house nowadays we see is the result of 7 generations preserving and protecting the house from economic decline as we as the destruction of many historical floods in the pass. Although it is not the oldest, but Tan Ky house is the most well-preserved house in Hoi An. 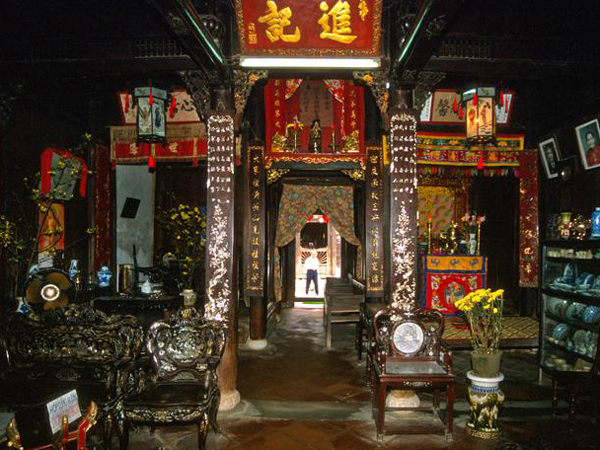 Inside Tan Ky House, Hoi An 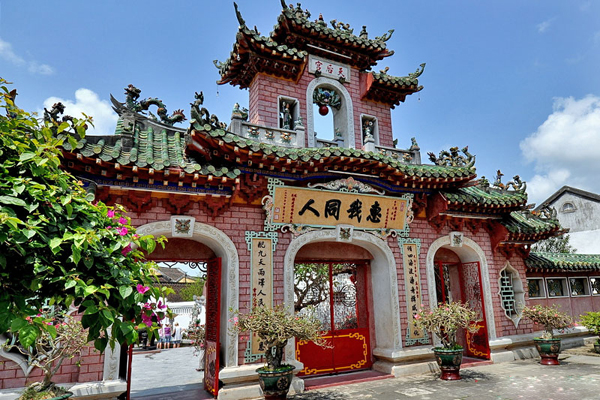 Fujian Assembly Hall in Hoi An

This is one of the most unique structures in Hoi An with the wooden decoration carved quite elaborately and beautifully. Chaozhou Assembly Hall was built to dedicate to general Ma Yuan, He is believed to protect the trips of traders from the high waves and storm when floating on the sea. The hall is not only a place of religious significance but also a place for community of Chaozhou people to socialize in Hoi An. 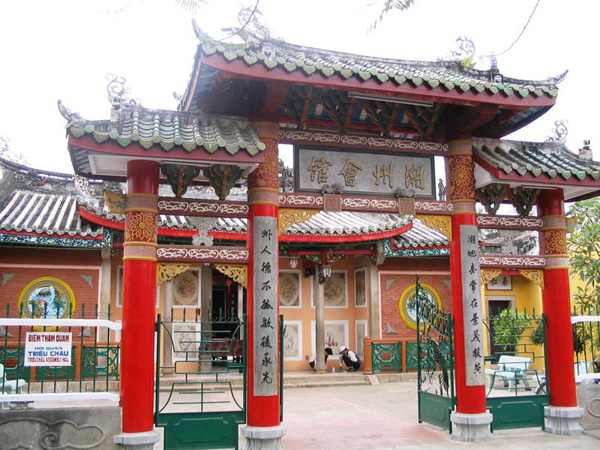 Chaozhou Assembly Hall in Hoi An 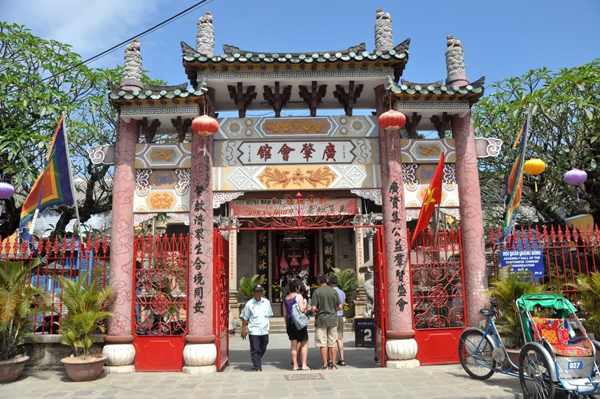 The Bridge is also known as Lai Vien Kieu, this place is not only familiar with the local people, but also very close to visitors in the tours in Hoi An. Built in the 17th century by Japanese traders, the bridge was contributed money to build and rebuild in 1817, people said that the bridge is rebuilt and renovated several times in the past. The bridge featured a unique architectural style of Vietnam. 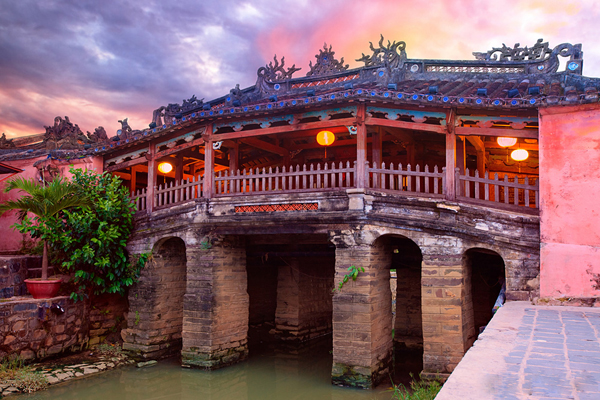 The Tran Family and House Chapel
Situated at Le Loi Street, the house is a place for all family members of the Tran clan to worship their ancestors. The house was built by Tran Tu Nhac in the reign of King Gia Long in 19th century. The chapel is a typical example of Vietnamese nobles as well as plays an important role in preserving cultural and traditional values. Because of its roles and traditional values, the tran Family Home and their Chapel have become a famous tourist destination for people from all over the world when visiting Hoi An. The Tran Family and the House Chapel is one of the must-see sights when traveling in Hoi An. 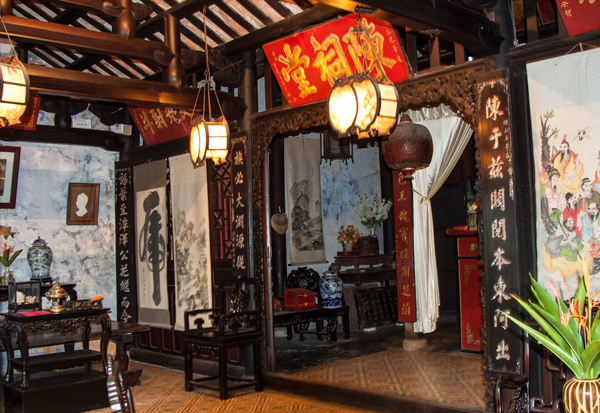 Inside The Tran Family and House Chapel

Tra Que vegetable Village
Tra Que vegetable village is one of the most famous attractions in Hoi An especially foreign tourists who love nature and experience countryside life in Hoi An. Situated in Cam Ha Commune, Hoi An Town (Quang Nam), Tra Que vegetable is not only famous for many high-quality vegetable products in a long time, it is also an attractive destination for both domestic and foreign travelers all around the world.
The village has totally over 220 households work on agriculture with 130 households grow vegetable in an area of 40 ha. The village is well-known for over supply over 20 types of vegetables and herbs for the city of Hoi An and Quang Nam as well as become an eco-tourism destination for many tourists when traveling in Hoi An. 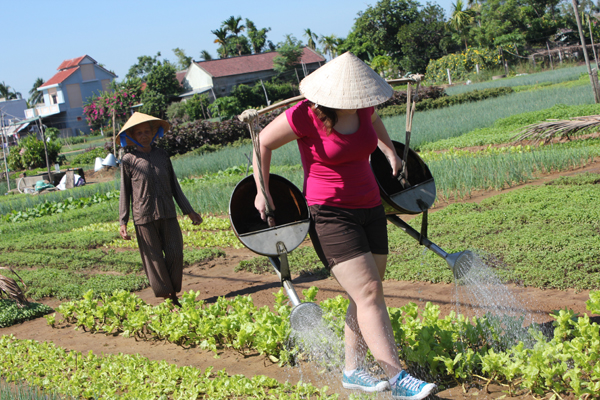 Cua Dai Beach
Cua Dai is one of five Vietnamese World Heritage Sites listed by UNESCO which offer a unique seascape from the Hoi An Old Town. The beach stretch over 3km long with fascinated white sands beach just that make Cua Dai Beach become a paradise to enjoy Vietnam beach vacations. The water is crystal clear with tropical blue waves that are suitable for swimming and boating around.
Besides, the beach also offers plenty of tasty seafood with a varied choice of restaurant around the coast for you to dine and enjoy the fresh dishes overlooking the sea. We can say that Cua Dai beach is another reason for you to visit Hoi An if you feel a little bit boring after a long day trip in ancient town. How wonderful it is when a enjoy a visit to one of the most famous cultural and historical sites in Vietnam and then have the relaxed time on one of the top most beautiful beach in Vietnam. It might be said that the crystal blue seas and ancient town in Hoi An is extremely hard to find elsewhere in Vietnam. 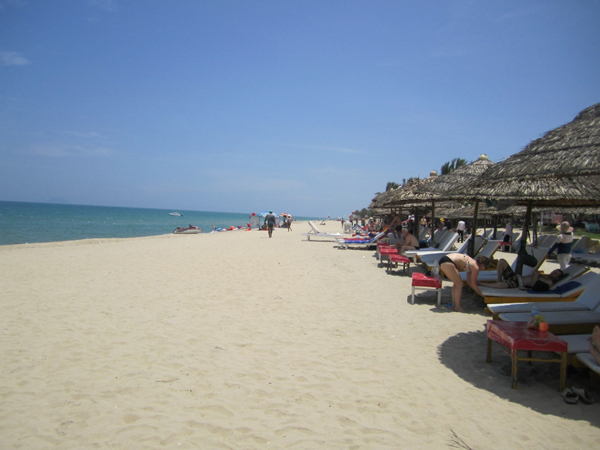 Kim Bong Carpentry Village
The Kim Bong village originated in the north of Vietnam, which was famous for artisans work on furniture and houses across the country including three main groups of artisans: ancient architectural construction, civil wooden furniture and shipbuilding who have made from the famous architectural buildings in Hanoi to Hue as well as imperial… The style of Kim Bong Carpentry is perfectly mixed from Cham kingdom, China, Japanese… and of course the skillful hands of Vietnamese craftsmen.
Kim Bong Carpentry Village should be put in your priority list when traveling in Hoi An, discover an interesting traditional village as well as a chance to see the artisans working with their skillful hands on the crafts. 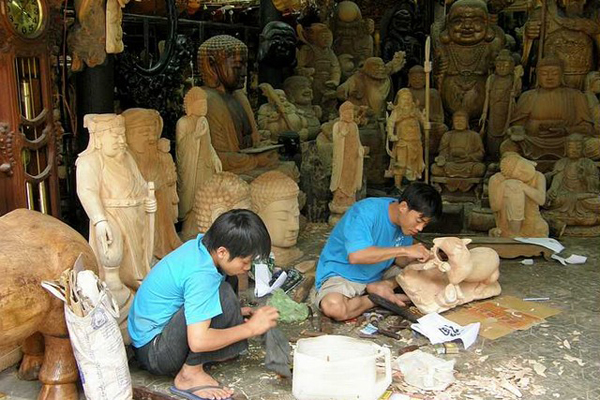 Hoi An Museum of History & Culture
For those who love culture and historical values, Hoi An Museum of History & Culture will be a great destination after a long day trip in the old quarter. The museum showcases a variety of artifacts like the photos of the local architecture, ceramics and pottery… A visit to the museum offer us a chance to have an insight view of Hoi An including traditional values, heritages throughout the history. 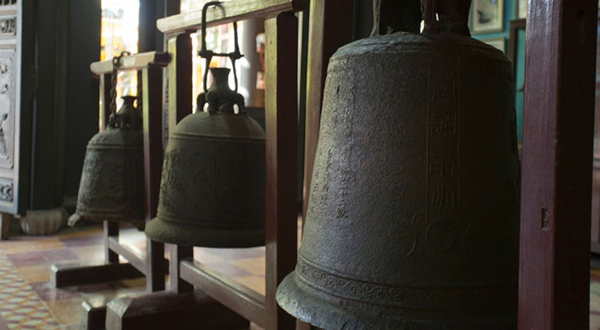 The old bells inside Hoi An Museum of History & Culture