The town of Dien Bien Phu itself is just a wide avenue lined with Soviet-era construction. There are a few decent hotels, but mainstream tourism is far from overrunning Dien Bien, a town whose greatest moment in history was, in fact, when it was overrun. War memorials, including a good museum, are what attract mostly war buffs and French tour groups to this outpost on the Lao border. The highlights can be seen in a casual afternoon more pressing on to Lai Chau or Sapa the following day. 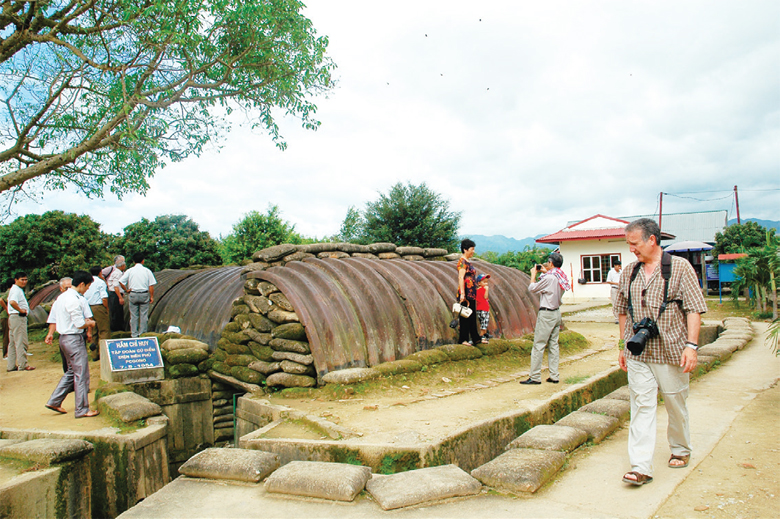 The HQ Tunnel of Dien Bien Phu Base

Orientation
The city center lies on the eastern shore of the Nam Rom River. The road from Son La and Tuan Giao, Route 12, enters to the north of the city (some of the better accommodations are along it), and the central avenues of Le TrongTan and Nguyen Chi Thanh make up the busy downtown. The history museum and A-1 hill are on the south end of town, and a few important military sites bunkers and abandoned artillery and tanks are on the west shore. The airport is just north of town on the west bank of the river, along the road to Lai Chau.

Fastfacts: Bring cash. There are no ATMs in Dien Bien Phu. You can exchange money at Bank for Investment and Development of Vietnam (3 Road 7-5; 0230/382-5774). There are lots of local Internet storefronts along the main drag.
Slow connection is the rule. Better to wait until Sapa unless you’re in a pinch. The main post office is on Street no. 3 in the town center.

Where to Stay & Dine

There are no dining venues geared to tourists in Dien Bien Phu; you’re left to your own devices among the town’s rice and noodle shops. But assuming you’ve come this far over land, you’ll be an expert with the basics in local cuisine (for a few pointers, look in chapters 16 and 17). The best shops are near the main intersection in town. The Dien Bien Phu Hanoi Hotel (see below) serves good one-dish meals at their cozy little coffee shop on the first floor, and the Muong Thanh Hotel (see below) has a basic in-house restaurant.

Dien Bien Phu Hanoi Hotel Plain, clean, and large, the Dien Bien Phu Hanoi Hotel is a big government-run beauty that’s quite similar to all the others in the center of town, but the nicest one of the lot. There’s a downstairs coffee shop, in-house restaurant, and massage parlor (wink-wink), all popular for regional businessmen. A good standard of basic, carpeted rooms with air-conditioning and simple wannabe-luxe decor. I recommend the Muong Thanh (see below) over this one.
No 849 7-5 Rd, Street 6, Dien Bien Phu. 0230/382-5103. Fax 0230/382-6290. 39 units.

Muong Thanh Hotel: About 1km (0,5 mile) outside of town on the road from Son La, this mini hotel is popular with group tours and is a comfortable little outpost. Rooms are small but clean and air-conditioned. The courtyard is always full of minivans, jeeps, and motorbikes from small tour groups and individual travelers, and the staff takes good care of your transport for the night. There’s a pool, but it’s more a showpiece than anything (Needs a cleaning). The pool area is surrounded by cement zoo animals, and the hotel’s decent restaurant overlooks the little cement pond. The staff speaks English and is quite helpful.
No credit cards. Amenities: Restaurant; bar; small courtyard pool (a bit grungy). In room: A/C, TV, fridge.

The sites in Dien Bien Phu require a lot of imagination, really. Visualize, if you will, the French dug in all around town, completely cut off from the rest of the world. Bolstered by their surprise battery of Chinese artillery, and seemingly eager to endure casualties, Vietnamese troops come in waves. Losses were devastating on both sides. The story of this important moment in history is told in the many monuments and museums and the town cemetery but the modern concretized trade town of Dien Bien Phu is not so interesting. Take a ride across the small bridge at the southern end of town and look for the rusting gun emplacements and a re-creation of the Bunker of Colonel Christian Do Castries, who killed himself when he finally realized that all was indeed lost.

A-1 Hill and the Dien Bien Phu Cemetery This highest point at the center of town was a holdout of French troops and a hill that was hard-fought for. Today you’ll find a memorial and a quiet park that makes a good perch to get the lay of the land. Just south, at the foot of the hill, is the Dien Bien Phu Cemetery, with mostly unmarked graves of the fallen. A grand compound at the entrance is the Vietnamese version of the Wall in Washington, but here are the names of soldiers who died at Dien Bien. 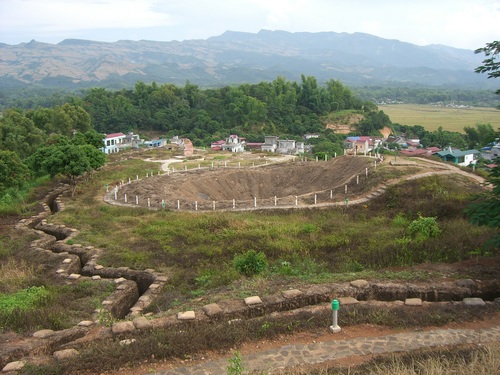 Dien Bien Phu Museum This long, low building is a bit beat-up (and could use a weed whacker out front), but the Dien Bien Phu Museum houses important relics, photos, and displays that chronicle the long struggle of revolution and the big Vietnamese victory over the French in 1954. There are photos of tanks that were airlifted in pieces, as well as grinning American advisors and confident French troops. The artifacts tell a story of massive artillery sledges designed to carry the big guns in pieces over the mountains from China. You’ll see shoulder slings, the very shovels that dug the trenches or cleared the paths, and even the smudged clothes and field maps of troops. The Vietnamese win was the genius of North Vietnam’s eminent strategist, Gen. Vo Nguyen Giap, and his life and works are celebrated at the museum. 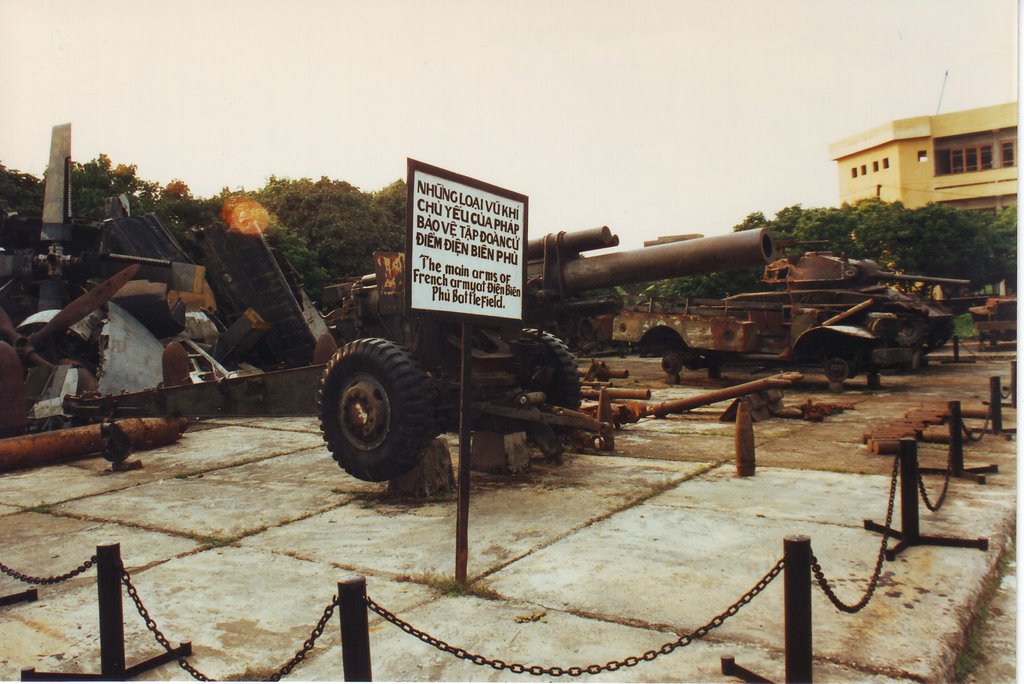