Son La is a small city set in a narrow valley at the foot of low hills. A short walk up to the town’s famous hilltop prison or to one of the viewpoints in the hills above gives you a good perspective on the two busy streets that make up downtown. Both accommodations and dining are rather limited, but this is a popular (pretty much essential) stop on any tour of the northeast. 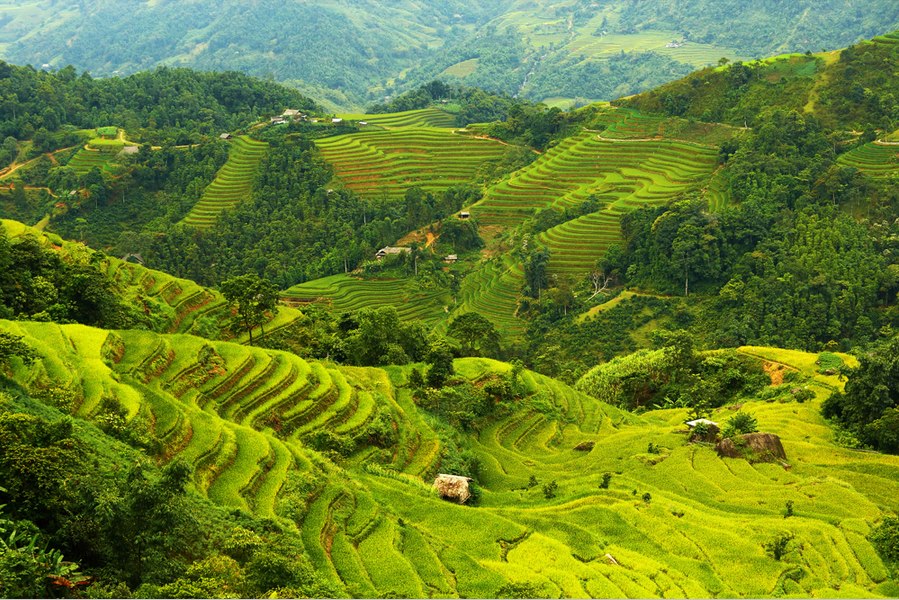 Son La Province in The Northwest of Vietnam

A testament to the wily French colonists and their love of brutal prisons (also see Con Dao and Phu Quoc Island in the far south; between the American and the French prisons, you can, in fact, tour a prison in just about every province), Son La was home to one of the country’s worst facilities, the end of the line for Vietnam’s early 20th century dissidents. A letter from French brass talking of Son La Prison’s brutal effectiveness says, “The malaria and toil here would break the revolutionary zeal of any man”.

Fastfacts: There’s no ATM service in Son La, but the Bank of Agriculture and Rural Development (8 Chu Van Thinh St.) can cash traveler’s checks. You’ll find a few Internet terminals around town, but they’re all very slow. Try the few along To Hieu Street, near the corner where Route 6 enters the town of Son La. The post office is on To Hieu in the center of town.

All accommodations in Son La are basically of the same low-end mini hotel standard.
The Trade Union Hotel (Cong Doan) This is where it’s at. The Trade Union hotel has simple white-tile rooms with cool canopy beds fixed with mosquito nets (though they’re not necessary) and ornate ceilings of white plaster, rimmed with heavy ornamental trim. The place is always busy with Vietnamese tour groups. The staff speaks English well, but they use it to press you into using their services “You rent car? You eat here? ”—though all done a bit tongue-in-cheek. The folks at Trade Union Hotel take good care of your car or motorbike—they even give it a free power-wash. The restaurant is bland but the best choice for the familiar.
04 Son Thuy, Son La. 022/385-2804. Fax 022/385-5312. 100 units. $20-$40 double. No credit cards. Amenities: Restaurant; bar. In room: A/C, TV, fridge, minibar.

At Duong Truong Chinh Road, near the intersection of To Hieu Street and on the corner where Route 6 enters the town of Son La, you’ll find a number of small storefront eateries, most of which are cafeteria style, where you can put together a meal by pointing to what appeals to you, usually a choice of boiled eggs, vegetables, pork in broth, fried fish, or tofu fried in lemon grass, all accompanied with rice. These same shops can cook to order the likes of fried noodles or omelets upon request, but suffice it to say that dining in little Son La is far from gourmet; think of it more as a place to just fill your tummy before heading off on the road the next day. Your best bet for being understood and getting a reasonable meal is at the hotel of your choice. Resist the temptation to try the 147 goat meat, called thit da, at the hilltop restaurant that some folks might point you to. The meat is gamy, and the experience appeals only to folks looking to cross off items on the “strange food I once ate” list. 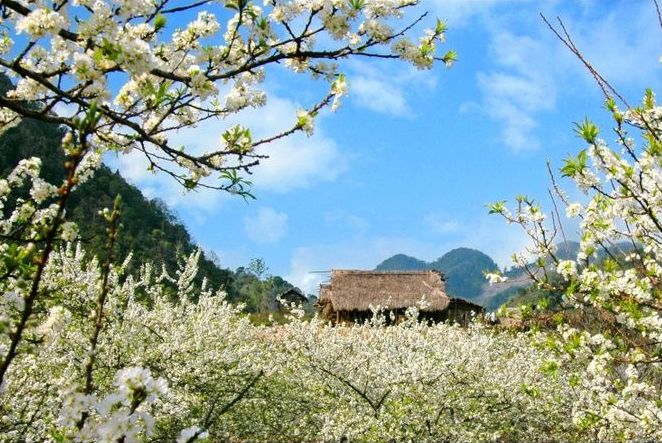 Son La Prison: Hilltop Son La Prison is an important historical vestige. Some parts were destroyed by the French, and later by the Americans, but many of the ramparts have been rebuilt, and some interiors have been done over so that visitors get the full effect. 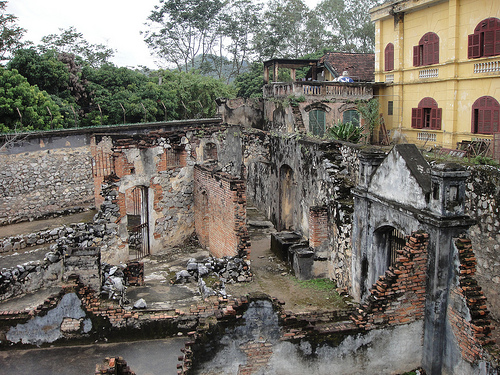 Son La Prison, One of the darkest memories in the history of Vietnam

The museum at the back tells in cases of artifacts, translated documents, pictures, and creative renderings the story of how prisoners marched in chains for over 220km (137 miles) and then were entombed here. (Having just gone over it by car or motorbike, think of walking the same route in chains over a 2-week period) Expressive plaster statuary and oil paintings of scenes inside the prison express the prisoners’ plight. Like many war sites or prisons in Vietnam, Vietnamese visit here as a way of remembrance, to honor and give thanks to those who have sacrificed, bind displays of prisoner shackles, photos of prison life, and weapons used by prisoners during the many uprisings, including the 1945 revolt that shut down the prison for good. The museum has a model of the prison rooms as they were, with slat beds and floor toilets. Out back, don’t miss the tree of To Hieu, a survivor and the namesake of the town’s main thoroughfare who returned In the 1950s and planted a small peach tree to celebrate peace. The tiny, gnarled tree is behind a wall just to the right of the entry to the main prison compound. The basement of the main prison building houses eerie solitary-confinement chambers and rebuilt “Tiger Cage” cells. Don’t go alone unless you can handle the chill.

Adjacent to the prison area, there is a two-story museum in a more modern compound. You’ll find rather tatty but organized displays on local hill tribe culture, a room dedicated to the life and legacy of Ho Chi Minh, and ubiquitous sun-bleached photos of industrial projects indicating Vietnam’s victorious rise of the working man and progress into the next century (seen one, seen ’em all). There’s also a room of stone and ancient artifacts, including some fine examples of Dong Son drums, evidence of Vietnam’s earliest Bronze Age culture. Note: The promenade near the museum is more or less the city’s “inspiration point” in the evening.

Things To Do And See in Dien Bien Phu, Vietnam Attractions