Listed in the series of caves in Phong Nha – Ke Bang National Park (Bo Trach district, Quang Binh province) Son Doong is the world’s largest cave with more than 200 meters in width, 150 meters in height, and about 6.5 kilometers in length. However, Son Doong Cave is well-known in the world when British Caving Association widely explored it in 2009 which is worth an once-in-a-lifetime adventure.

As the world’s largest cave, Son Dong is estimated to have enough space for 68 Boeing 777. The majestic landscape and grandiose size make it as “The Great Wall of Vietnam”.

The Son Doong Cave is a part of the underground system connecting more than 150 individual caves of Vietnam, in that it makes up of river, waterfalls and green jungles. 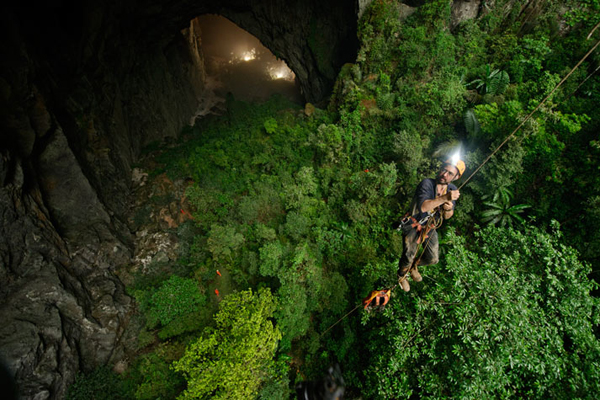 The lush green jungle inside the cave

Not only being famed for its enormous size, Son Doong Cave is widely known by a diversity of flora. Explorers discovered a primitive forest with abundant vegetation and no trace of people. They even gave it a nickname “The Garden of Eden” in order to honor its outstanding beauty.

Explorers pass below a ceiling formed by water flow in the past. The river is not too deep, with ankle-touch height pass along the cave. 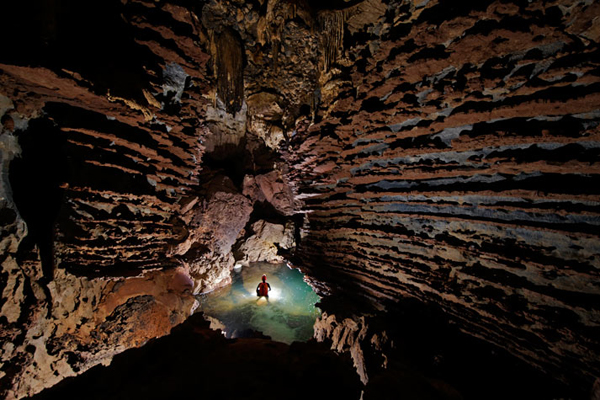 Small path to the river which is passable during dry season

Other amazing characteristic of Son Dong Cave is a system of stalactites and giant “pearls”. It is a huge collection of rare stone spheres formed drip by drip of water from ceiling. Inside the cave, explorers found high stalagmite columns up to 70 m which is formed by the influence of external forces millions of years ago.

A cascade of fluted limestone located near the exit of Hang En lures tourist with a picturesque landscape.
These are the breathtaking waterfalls which capture the hidden depths of the world’s biggest cave. The sound of spectacular waterfall is similar to the noise of a roaring train which can be heard from several miles. 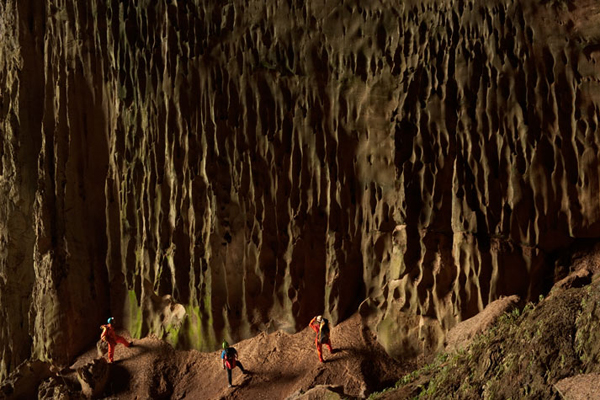 An algae-covered landscape can be found in everywhere in the Son Doong Cave. Tourists will experience the ordeal, but enjoyable when walking along algae-covered maze. 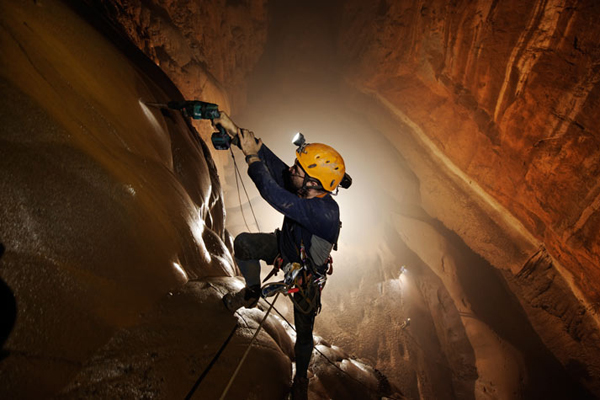 Today, Son Doong cave is open to the public that visitors can make guided tours to explore the wonder of nature. Most tours will take you deep into Son Doong cave, give plenty of time for photography and enjoy one of the most thrilling adventure tours in the world. 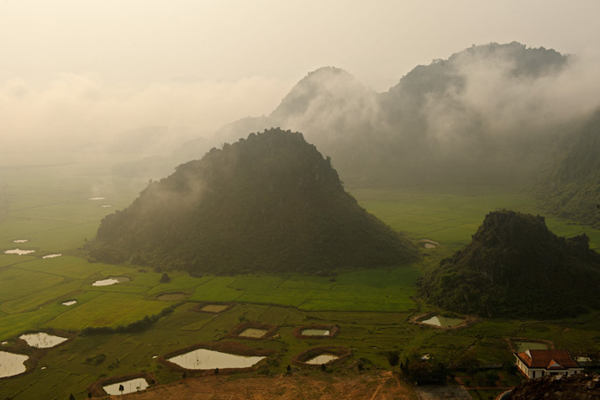