Bao Dai’s Palace
Dalat was certainly popular with Bao Dai, last of the Nguyen emperors (1926-1945), who enjoyed hunting in the surrounding hills and indulging his taste for high living among the French and Vietnamese elite. To celebrate his affection for the hill station, the former emperor ordered the construction of a large villa set amid pine trees about 2km out of town. Completed in 1933, the villa – known as Bao Dai’s Summer Palace -is open to the public, and visitors can even stay here for about US$40 a night. That said, there isn’t a great deal of interest in the villa. The former imperial living quarters are on the first floor, where one can see busts of Bao Dai and his father Khai Dinh. 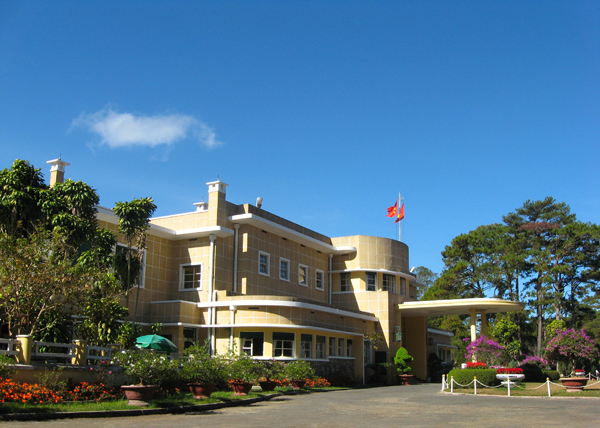 Temples in the Hills
Dalat has a number of pagodas and temples, including the Thien Vuong Pagoda about 5km southeast of town on Khe Sanh Road. Set on a pine-covered hill, the yellow-colored pagoda was built by the local Chaozhou (Teochiu) community in 1958 and is chiefly remarkable for housing three 4-m high standing Buddha images made of gilded sandalwood. These images – given by a British Buddhist and sent from Hong Kong – are said to be the largest sandalwood Buddhas in Vietnam.

About 1km southwest of the town centre, Lam Ty Ni Pagoda was established in 1961 and is set amid pleasant flower gardens. The attraction here, however, is less the temple than the person of Vien Thuc, the resident monk, who is also a poet and artist of local renown. Thuc welcomes visitors and will readily show them around the temple and the surrounding gardens that he tends with great care. Many of Thuc’s paintings displayed in the temple are for sale.
About 1km to the north of town is Linh Son Pagoda, established in 1938 and known for its huge bell, said to be made of bronze mixed with gold. The building combines the best of Chinese and French architecture. 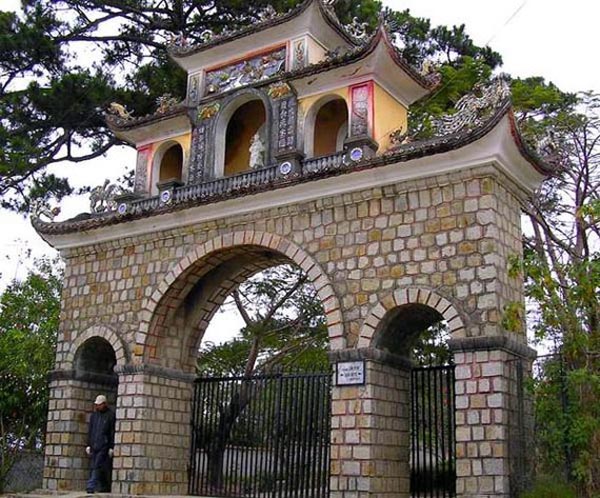 Than Tho Lake – Colonial Legacies
It’s pleasant to take a stroll around central Dalat especially in the early evening. The town isn’t large, and it retains’ a distinctly Gallic flavor, especially in the streets of the French Quarter between the cinema and Phan Dinh Phung Street. Also reminiscent of the colonial period is the pastel pink Dalat Cathedral on Tran Phu Road. Completed in 1942, it is dedicated to St Nicolas and boasts a 47-m high spire and stained- glass windows.
There are several noted beauty spots around Dalat. Ho Than Tho or the ‘Lake of Sighs’, 6km northeast of town, is a popular picnic spot surrounded by forested hills. There are several small restaurants near the lake, and you can hire horses to ride in the area.

Waterfalls and Hill tribes Peoples in Da Lat
About 13km out of town along Highway 20 to Phan Rang, the lovely Prenn Falls are a popular local attraction. The water thunders 15m (50ft) from a wide ridge into a deep pool below. It’s possible to walk under the lip of the falls, permitting a fine view of the pool and the surrounding forest. During the monsoon rains, the falls roar and turn a frothy, milky-brown color. 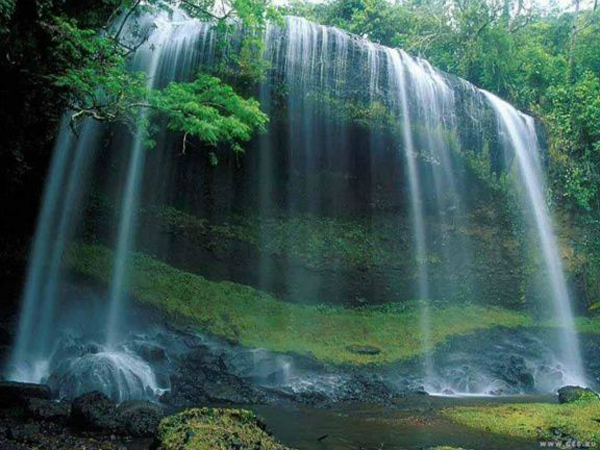 About 12km northwest of Dalat, situated at the base of Lang Bian Mountain, is a group of nine small settlements which make up Lat Village. This is an excellent place to go if you wish to see local hill peoples, still commonly referred to by the French term Montagnards.

Five of the settlements are inhabited by people of the Lat minority while the other four are in habited by members of related minority groups, chiefly the Ma and the Chill. The villagers, who make a living by growing dry rice, coffee, beans and yams, are known for their pottery and iron- working skills.
The Lat, living closer to the road between Dalat and the coast, are now used to regular visits from passing travelers and have a surprisingly attractive range of hand-woven cloths and other handicrafts ready at hand whenever a tour bus arrives. A permit, however, is needed to visit the more remote villages. To obtain one visit the Immigration Police in Dalat.