Anchored at the junction of the Mekong and Nam Khan rivers, the former royal capital of Lane Xang is now a UNESCO World Heritage Site. 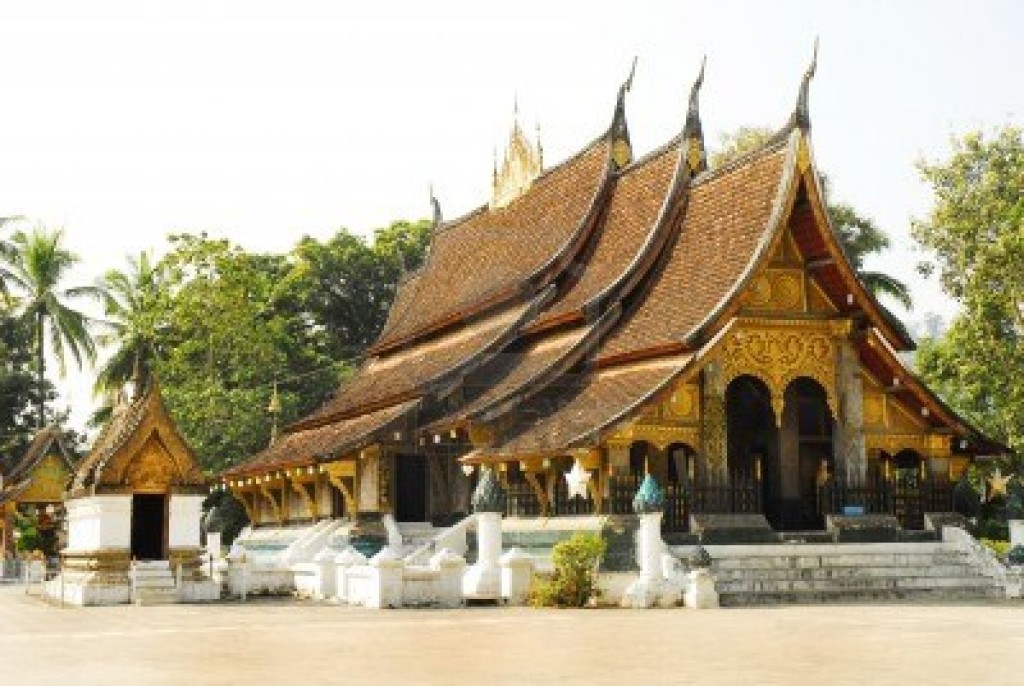 It is home to a spellbinding array of gilded temples, weathered French colonial facades and art deco shop houses. In the 18th century there were more than 65 wats in the city. Yet for all its magnificent temples, this royal ‘city’ feels more like an easy-going provincial town: at daybreak, scores of monks in saffron robes amble silently out of the monasteries bearing gold-topped wooden boxes in which to collect offerings from the town’s residents; in the early evening women cook, old men lounge in wicker chairs and young boys play takraw in the streets. The famous Pak Ou Caves and the Kuang Si Falls are located near the town.

Arriving in Luang Prabang
Getting there Flying is still the easiest option with daily connections from Vientiane, plus flights from Bangkok, Chiang Mai, Jinghong and Hanoi to Luang Prabang International Airport (LPQ) 4 km northeast of town, T071-212172/3. The airport has a phone box, a couple of restaurants and handicraft shops and a good bookstore. Taxis can be booked at a booth inside the airport.

Route 13 is now safe, with no bandit attacks reported for many years, and the road has been upgraded, shortening the journey from Vientiane to eight or nine hours, although, this can be considerably longer in the wet season. There are also overland connections with other destinations in northern Laos. Luang Prabang has two main bus stations: Kiew Lot Sai Neua (northern bus station), located on the northeast side of Sisavangvong Bride for traffic to and from the north; and Naluang (southern/tourist bus station) for traffic and from the south. Occasionally buses will pass through the opposite station to what you would expect, so be sure to double-check.

Another option is to travel by river: a firm favourite is the two-day trip between Luang Prabang and Houei Xai (close to the Thai border), via Pak Beng Less frequent are the boats to Muang Ngoi Neua and Nong Khiaw, and Muang Khua.

Best time to visit Luang Prabang lies 300 m above sea level on the upper Mekong, at its confluence with the Nam Khan. The most popular time to visit the town is during the comparatively cool months of November and December but the best time to visit is from December to February. After this the weather is hotting up and the views are often shrouded in a haze, produced by shifting cultivators using fire to clear the forest for agriculture. This does not really clear until May or, sometimes, June. During the months of March and April, when visibility is at its worst, the smoke can cause soreness of the eyes, as well as preventing planes from landing.
In terms of festivals, on the October full moon, the delightful Lai Heua Fai fireboat festival takes place. 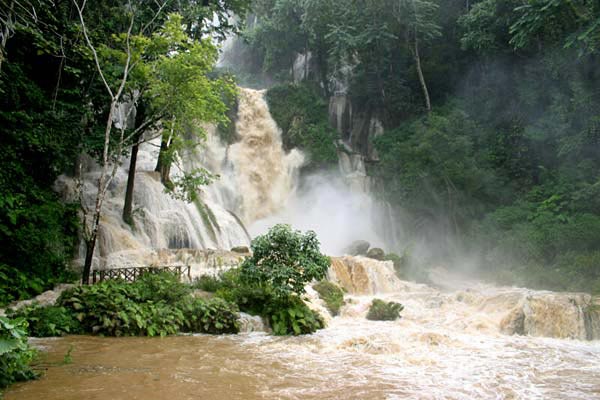 Background
According to legend, the site of Luang Prabang was chosen by two resident hermits and was originally known as Xieng Thong – ‘Copper Tree City’. Details are sketchy regarding the earliest inhabitants of Luang Prabang but historians imply the ethnic Khmu and Lao Theung groups were the initial settlers. They named Luang Prabang, Muang Sawa, which literally translates as Java, hinting at some kind of cross-border support. By the end of the 13th century, Muang Sawa had developed into a regional hub.
A major turning point in the city’s history came about in 1353, when the mighty Fa Ngum travelled up the Mekong River, backed by a feisty Khmer army, and captured Muang Sawa. Here, the warrior king founded Lane Xang Horn Khao (Kingdom of a Million Elephants, White Parasol) and established a new Lao royal lineage, which was to last another 600 years. The name of the city refers to the holy Pra Bang, Laos’ most sacred image of the Buddha, which was given to Fa Ngum by his father-in-law, the King of Cambodia.
The city had been significantly built up by the time King Visounarat came to power in 1512 and remained the capital until King Setthathirat, fearing a Burmese invasion, moved the capital to Vieng Chan (Vientiane) in 1563.

Luang Prabang didn’t suffer as greatly as other provincial capitals during the Indochina wars, narrowly escaping a Viet Minh capture in 1953. During the Second Indochina War, however, the Pathet Lao cut short the royal lineage, forcing King Sisavang Vatthana to abdicate and sending him to a re-education camp in northeastern Laos where he, his wife and his son died from starvation. Visit Indochina to see the historical left after a hundred year of domination. Despite the demise of the monarchy and years of revolutionary rhetoric on the city’s tannoy system, Luang Prabang’s dreamy streets have somehow retained the aura of old Lane Xang. 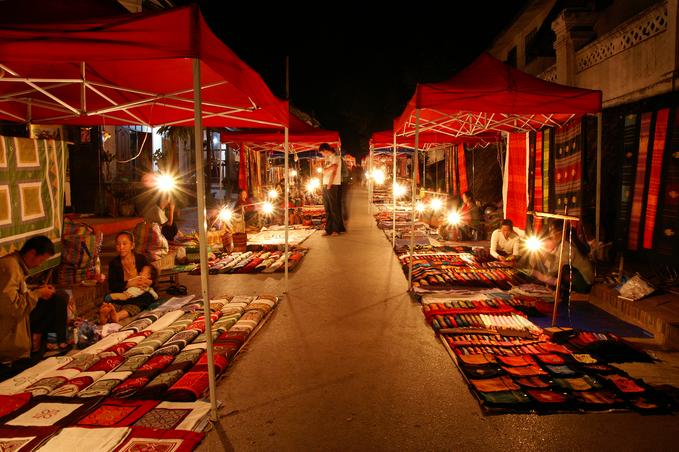 Getting around Luang Prabang is a small town and the best way to explore is either on foot or by bicycle. Bicycles can be hired from most guesthouses. Strolling about this beautiful town is a real pleasure but there are also tuk-tuks and saamlors for hire. Depending on the prevailing mood of the local government, motorbikes may or may not be available for hire. Motorbikes here are more expensive than elsewhere in Laos.