Scholars of Lao history, before they even begin, need to decide whether they are writing a history of Laos; a history of the Lao ethnic group; or histories of the various kingdoms and principalities that have, through time, been encompassed by the present boundaries of the Lao People’s Democratic Republic. 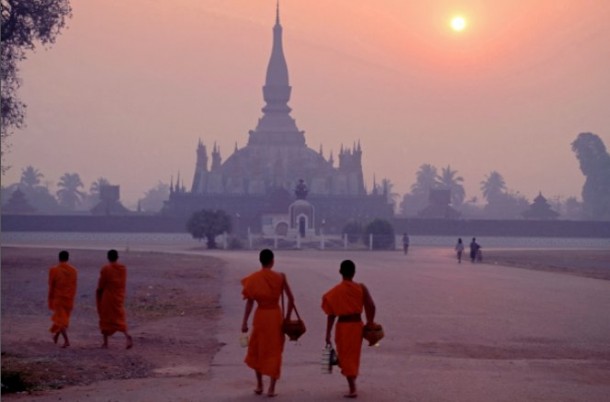 Historians have tended to confront this problem in different ways without, often, acknowledging on what basis their ‘history’ is built. It is common to see 1365, the date of the foundation of the kingdom of Lane Xang,as marking the beginning of Lao history. But, as Martin Stuart-Fox points out, prior to Lane Xang the principality of Muang Swa, occupying the same geographical space, was headed by a Lao. The following account provides a brief overview of the histories of those peoples who have occupied what is now the territory of the Lao PDR.

Archaeological and historical evidence indicates that most Lao originally migrated south from China. This was followed by an influx of ideas and culture from the Indian subcontinent via Myanmar (Burma), Thailand and Cambodia something which is reflected in the state religion, Theravada Buddhism. 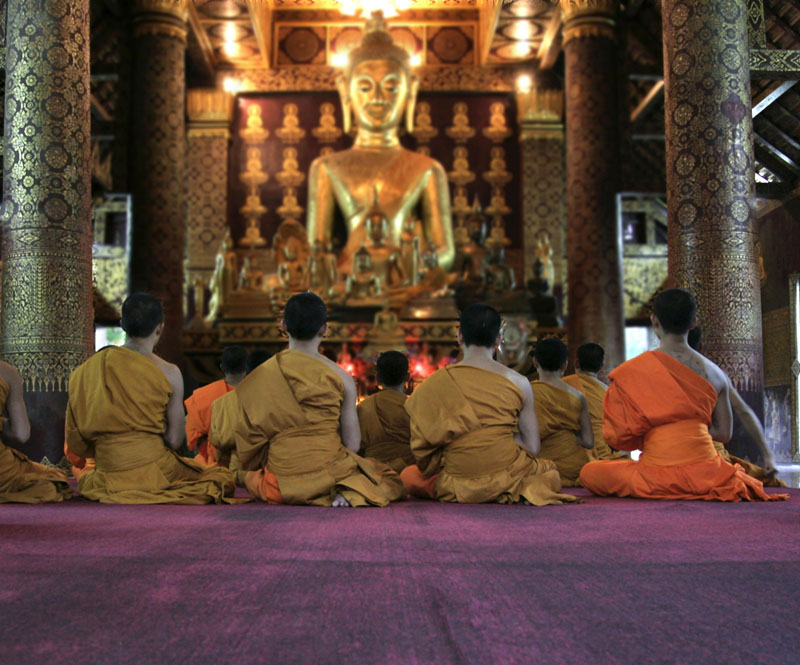 Monks at a temple in Laos

Being surrounded by large, powerful neighbors, Laos has been repeatedly invaded over the centuries by the Thais (or Siamese) and the Vietnamese – who both thought of Laos as their buffer zone and backyard. They too have both left their mark on Lao culture. In recent history, Laos has been influenced by the French during the colonial era, the Japanese during the Second World War, the Americans during the Indochinese wars and, between 1975 and the early 1990s, by Marxism-Leninism.

It is also worth noting, in introduction, that historians and regimes have axes to grind. The French were anxious to justify their annexation of Laos and so used dubious Vietnamese documents to provide a thin legal gloss to their actions. Western historians, lumbered with the baggage of Western historiography, ignored indigenous histories. And the Lao People’s Revolutionary Party uses history for its own ends too. The official three volume History of Laos is currently being written by Party-approved history hacks. The third volume (chronologically speaking) was published in 1989 and, working back in time, the first and second thereafter. As Martin Stuart-Fox remarks in his A History of Laos, “the Communist regime is as anxious as was the previous Royal Lao government [pre-1975] to establish that Laos has a long and glorious past and that continuity exists between the past and the present Lao state”. In other words, Laos has not one history, but many.